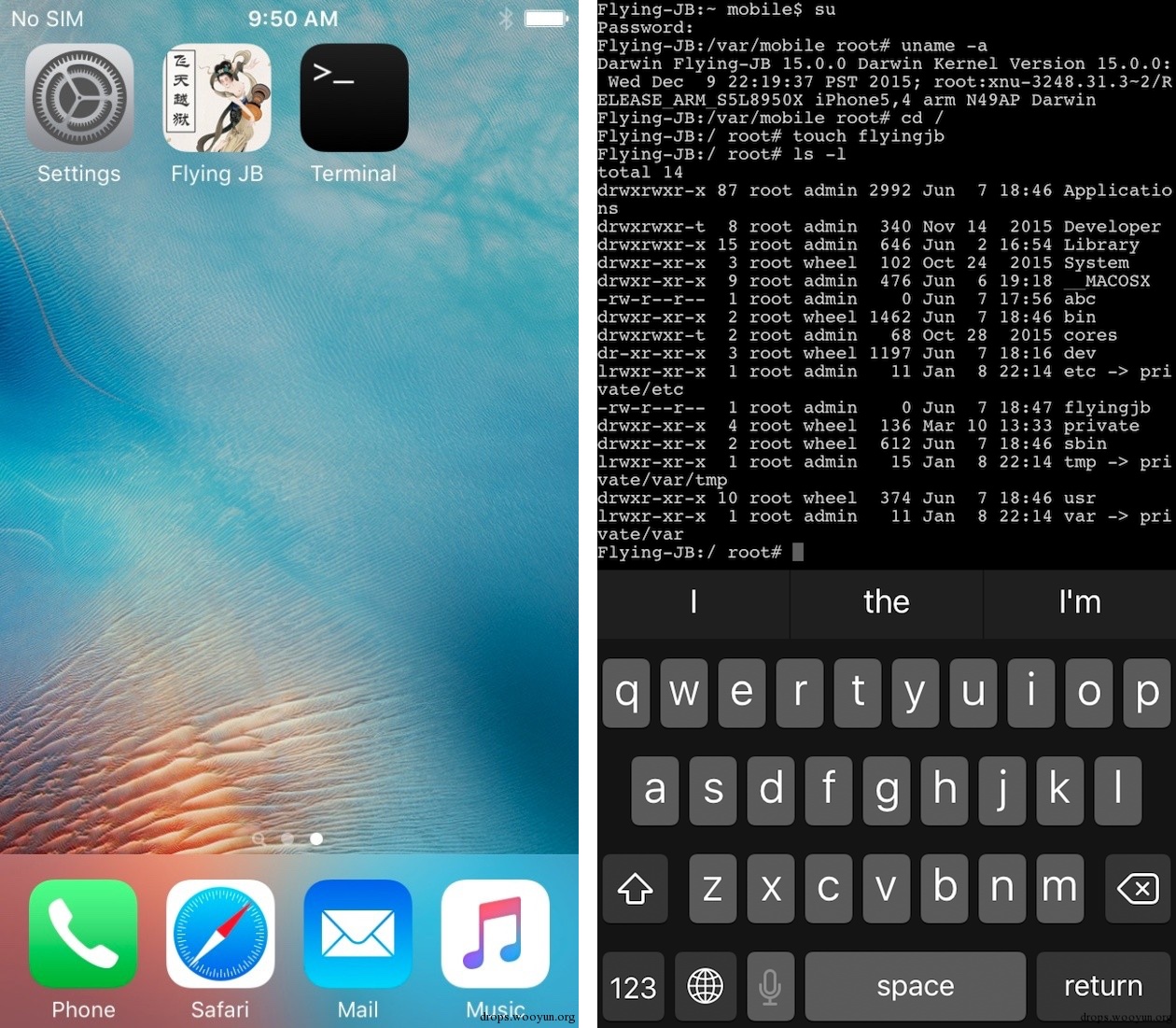 Chinese hacker Min Zheng has showed a demo of Flying JB earlier today, a jailbreak for 32-bit devices running iOS 9.2.1 or lower. The video demo shows off an iPhone 5c going through the jailbreak process as well as Mobile Terminal running on the device once jailbroken.

What may sound like exciting news at first is actually nothing to call home about as the limitations and actual usage potential of Flying JB are extremely limited.

As Min Zheng explained in a tweet, Flying JB is based off inpuTbag, a fifteen year old kernel HeapOverFlow vulnerability that has been fixed by Apple in iOS 9.3.2, hence the reason this is released now. Because the exploit has been fixed, there is no reason to keep it under wrap any longer.

Number one on the list of limitations of this tool is the fact that it supports 32-bit devices only, meaning it could potentially work on iPhone 5 and lower only. These devices also have to run iOS 9.2.1 or lower. These two requirements alone make Flying JB much less interesting right off the bat.

If you are lucky enough to pass the first round of limitations, the real kicker is that Flying JB is not really a working jailbreak. First, it doesn’t come with a GUI or a proper tool to facilitate the jailbreak process, but more importantly, Flying JB apparently lacks a sandbox escape, meaning that despite gaining root access, the jailbreak is still confined behind the security walls Apple built into iOS.

If all this still sounds good to you and you want to take Flying JB for a spin, the developer has made the source code available on GitHub. We doubt many of you will be adventurous enough to try this, but if you do, please share your experience with us in the comments section below.