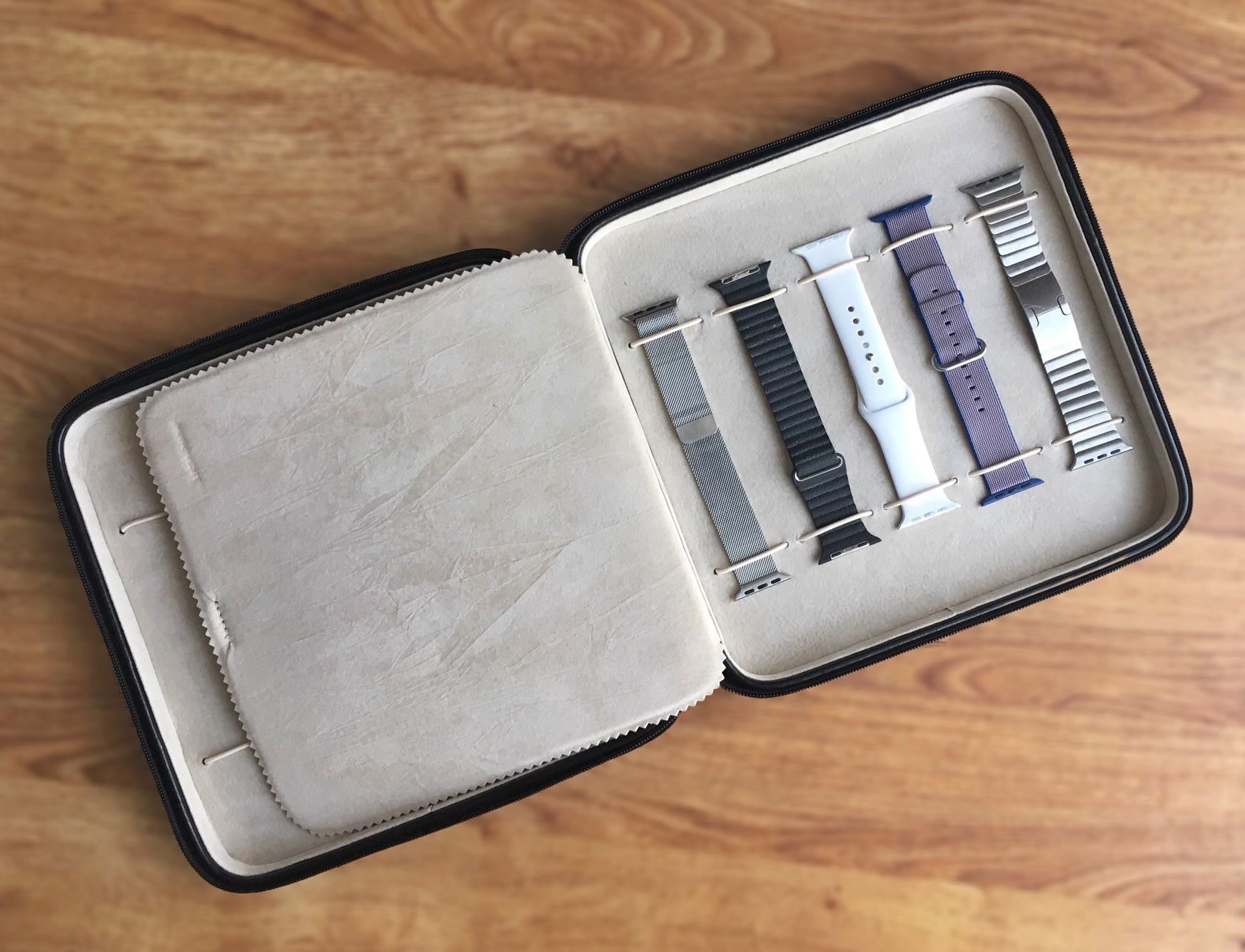 I went to a wedding in Chicago this past weekend, and I as I was packing my suitcase, I started thinking about what kind of Apple Watch band I would bring along with me. The Nomad Strap for the flight, and the Link Bracelet for the wedding? Or just the Link Bracelet? Or maybe buy a Milanese Loop?

It was the first time I realized the band I am using on my Apple Watch is just as important as what I am wearing.

I ended up flying to Chicago with only the Link Bracelet because that was the one I was going to wear at the event, and it was also a band that’s easy to take off and on, which is pretty important if you don’t want to waste those precious seconds at the airport security check.

Apple has always tried to position the Apple Watch as a fashion item, and even though many people still see it as a silly gadget, I definitely perceive it as an accessory that must match my mood, activity, or attire. Wearing the right Apple Watch band for the right occasion is now just as important to me as wearing the right tie to match the suit and the shirt I’m wearing. It is indeed a fashion item to me.

What’s really interesting is that people in-the-know about Apple Watch and bands in general do make a note of your choice too. My sister in law for example noted that I was wearing the Link Bracelet at the wedding and asked if it was a deliberate choice. Of course, it was. She went on saying that the Milanese Loop might have been a better option for the event. Well, I didn’t buy one. Not yet anyway.

Back home, I switched back to another band as part of my ongoing rotation. It’s still the same watch of course, but it feels different. Each band brings along its own style and attitude. That’s something that is much harder to accomplish on traditional watches because the action of taking off the band and putting a new one on is just more complicated and time consuming.

To most people, all this might actually sound a little silly, but I can’t be the only one acting like this, right? Right?