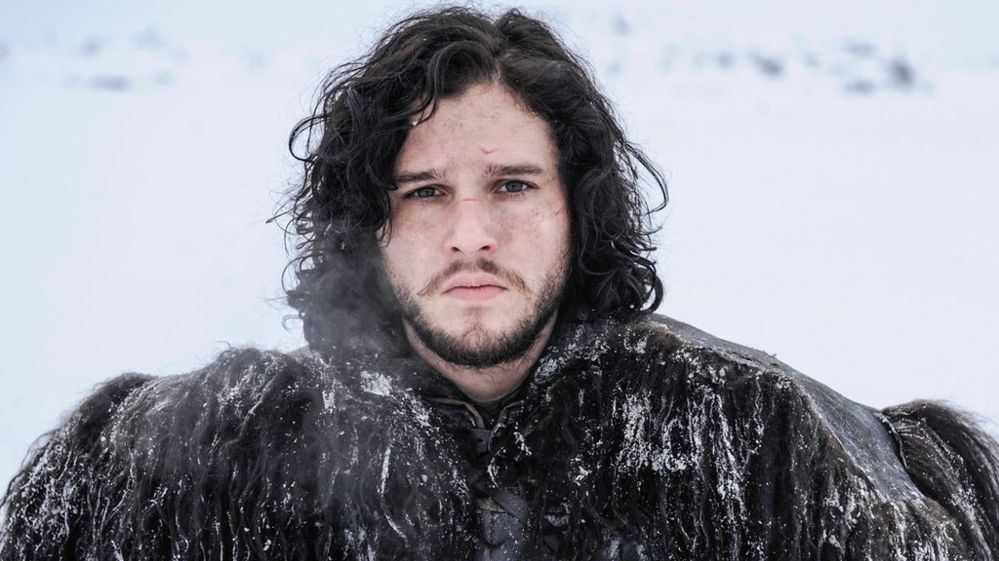 Ahead of the upcoming April 24 premiere of the sixth season of HBO’s popular “Game of Thrones” television show, Siri engineers seem to have updated her database to answer some of the most burning questions asked by fans, the most lingering one being “Is Jon Snow dead?”

Conveniently, Apple’s made sure that the personal digital assistant is spoiler-free so you won’t get anything out of her pertaining to whether or not the show’s most popular character has perished at the hands of the Night’s Watch.

To start off, I asked Siri whether the winter was coming, to which he replied with a simple “Hodor”. And here are some of the more amusing Siri responses to the question, “Is Jon Snow dead?”

I don’t know. I just hope someone is setting up doggie daycare for Ghost.

Well, you know what they say to Death… Not today! But why would tomorrow be any better? Anyway, I’m not exactly sure.

At the end of the day, Siri seems to be just as confused about the possibility of the red woman using black magic to bring Jon Snow back from the dead as anyone else. 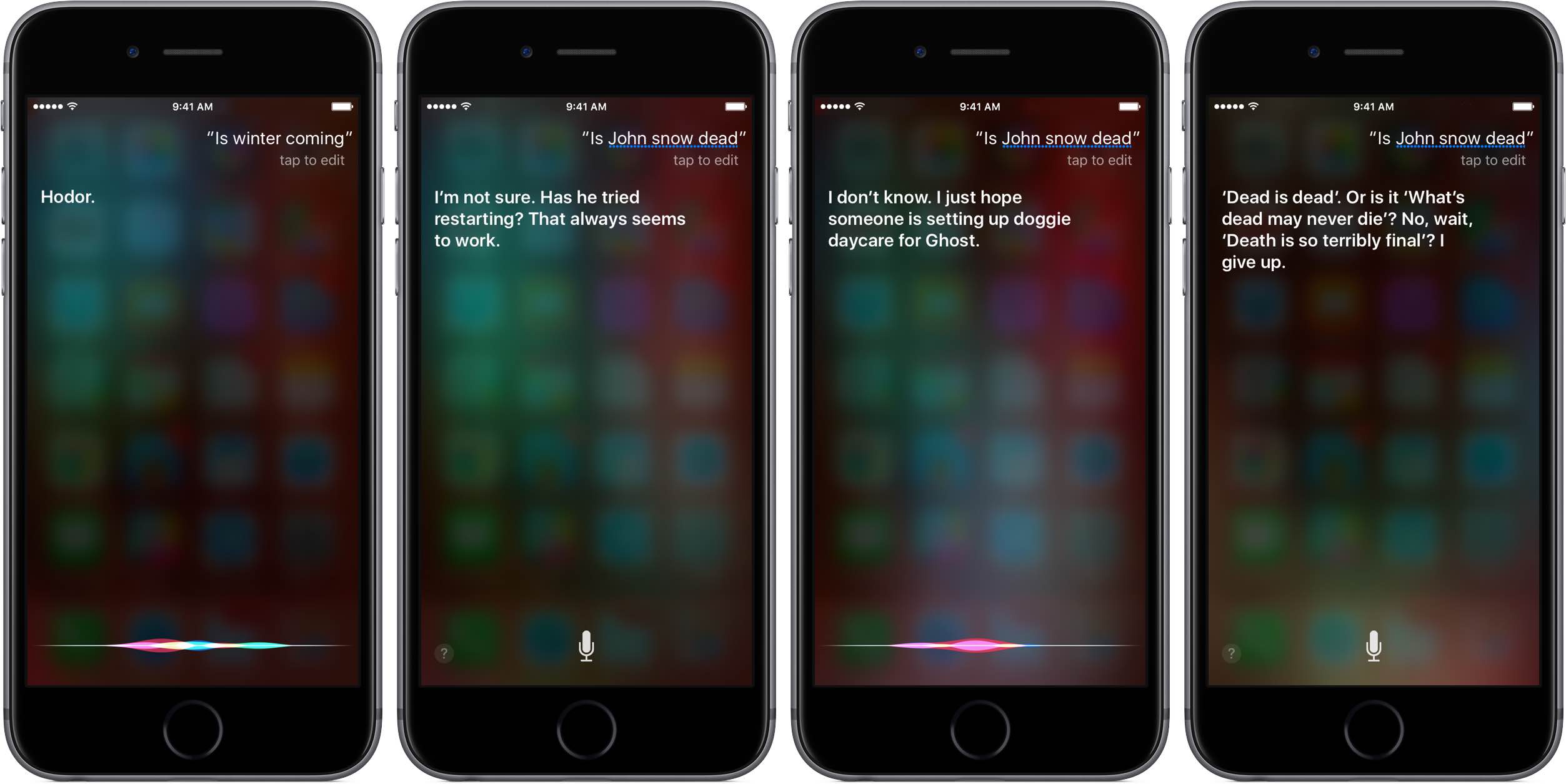 And my favorite response of all:

I’m not sure? Has he tried restarting? That always seems to work.

And apparently, as @sud2rock said on Twitter, you can ask Siri if she follows the show.

Yes. I’d ask Jon Snow for some hints, but he knows nothing.

Who me? Siri, First of The Name, Siri Siliconborn of House Apple, Ruler of the Alarms and the Reminders, Guardian of the Calendar Appointments, Keeper of the Ontologies, Flipper of Cons. Yes, I’m watching.

Glad to hear that! 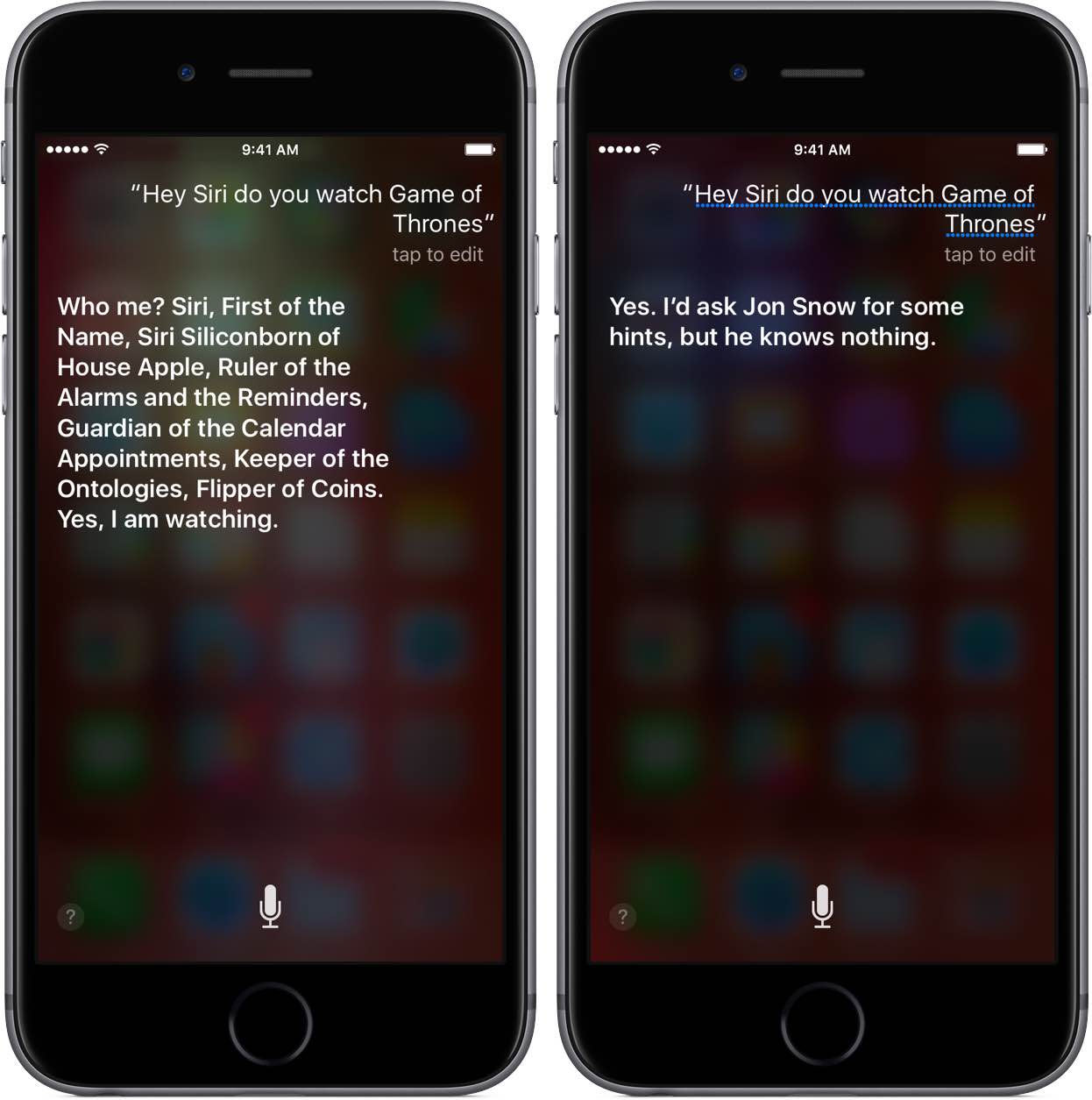 If you haven’t seen it yet, check out the latest promotional trailer for Season 6 or watch a video about the enhanced special effects they’ve done for the upcoming episodes.

If you’ve cut the cord, now may be a good time to sign up for a $14.99 per month membership with HBO NOW and revisit the previous seasons on your iPhone, iPod touch, iPad, Mac, Apple TV and other supported devices ahead of Season 6, now mere days away.

Found more of these witty Siri responses about “Game of Thrones”?

Let us know in the comments and we’ll update the article for everybody!