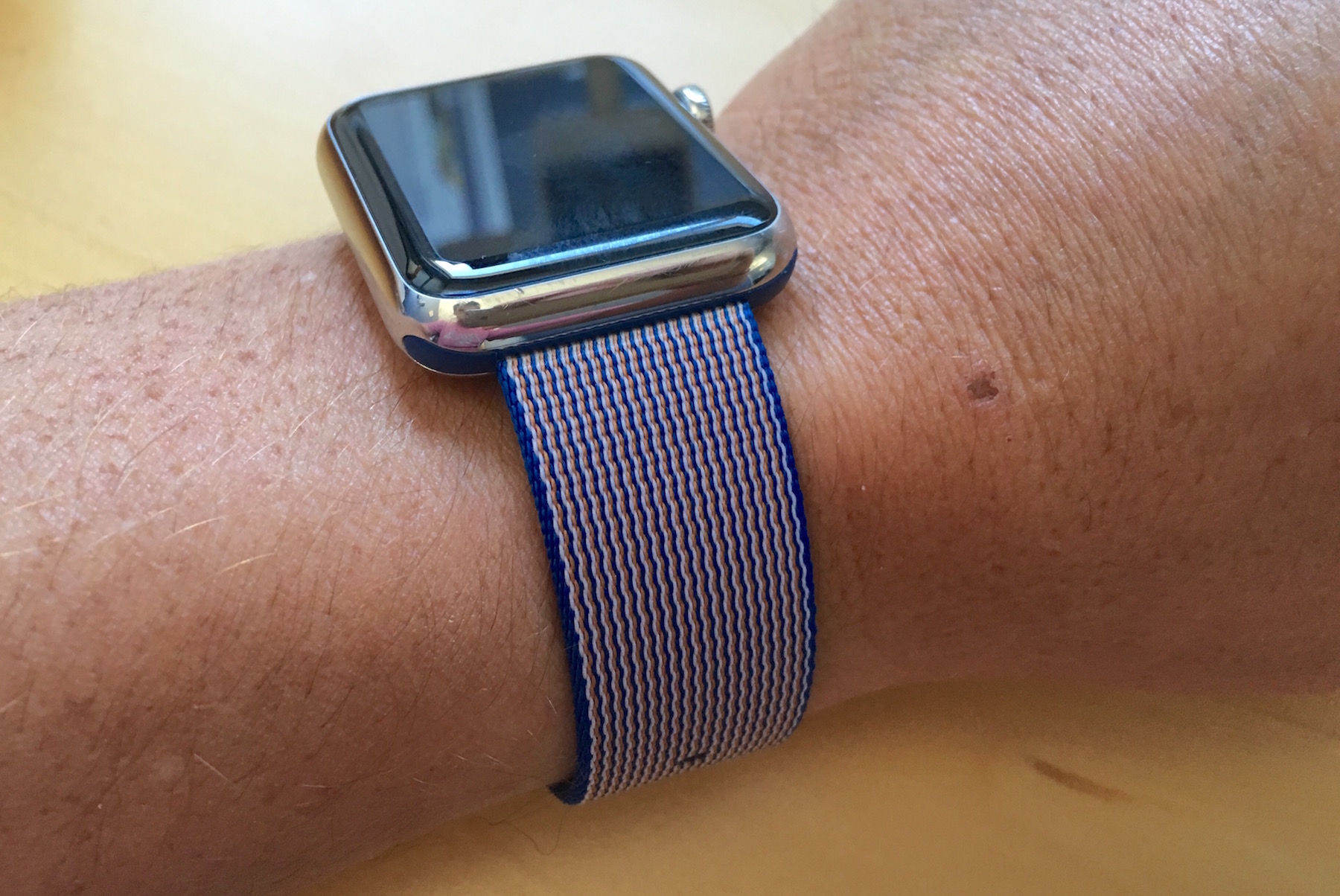 I might be a little late to the party, but after spending a week out of the country, I finally returned home last night and got to have a look at three Woven Nylon bands I had ordered for my Stainless Steel Apple Watch: I have the Black, Royal Blue, and Gold/Royal Blue, all in the 42mm version.

In this post, I’ll share some of my first impressions about these new bands. This is not a review per say, more like some quick thoughts.

Good (or bad) looks are usually the first thing we judge when looking at a new product. This is after all the first thing we see. If you thought these new bands looked good in the photos on Apple’s website, then chances are you will find them just as visually pleasing when you unbox them. The colors are vibrant, and fun to look at. As Andrew put it in his initial review, these bands are the perfect mix of casual and yet elegant. Depending in your style, you should be able to use these bands while wearing a suit, or some board shorts. They’re just that versatile.

They feel cheap, but comfortable

My initial good impressions started to fall apart when I actually took these bands out of their boxes. Maybe it was because they feel incredibly light, or maybe it’s because of the lugs made of plastic? I can’t really put my finger on it, but there definitely is a sense of cheapness when holding these bands, something I haven’t experienced with the similarly priced Sport bands, for example.

But unfortunately, it doesn’t stop here.

After installing the first band, I realized the lug wasn’t settling right in the latch. Not only did I have to force a little bit to get it in, but once in, it wouldn’t hold securely in place as supposed to. Instead, I could just keep sliding the lug in and out of the latch without a proper latching happening. I was slightly disappointed but I assumed it was just a bad unit.

So I went on and tried the second band to only face the same problem. Once again, the plastic lug would not easily slide in the latch, and worst of all, it wouldn’t latch properly. At this point, I started believing this was not a default, but rather a design decision from Apple. I couldn’t understand why, but there certainly was a reason. I was wrong.

The third band slid in as poorly as the two previous ones, but at least this one would latch properly and stay in place. Just as intended, I had to press the release button to detach that band, which made me realize the two other units I had were just defective.

Now if you set all this aside and focus on the feel on your wrist, the bands are actually comfortable to wear. Again, this feels like the perfect band for going from work to working out. It’s light and the material can breath well, making it what I believe to be perfect for most situations. 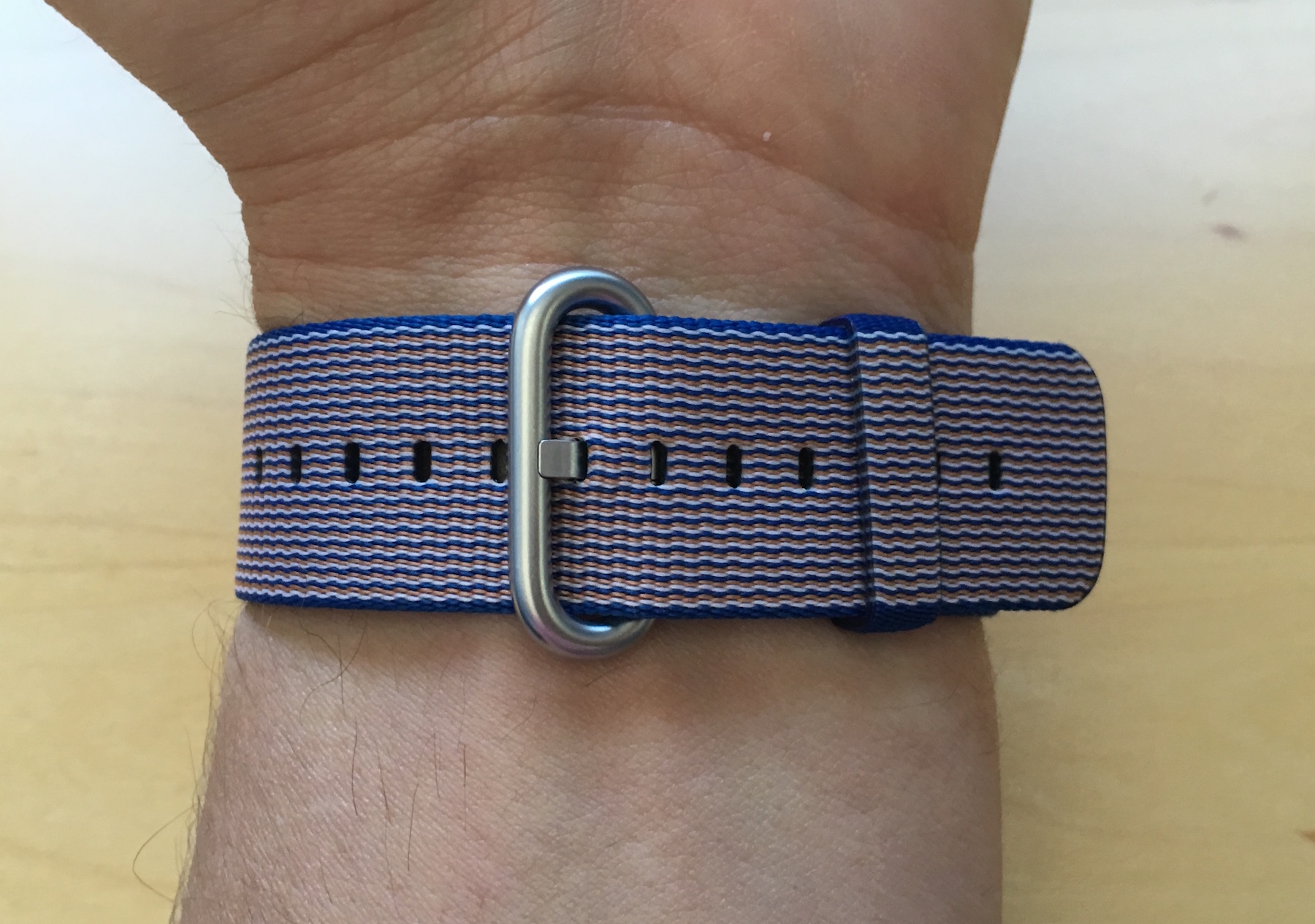 I will undoubtedly return the two defective bands but I will keep the other one.

At the end of the day, I’m not sure how I feel about these bands. As I said, they look great, but they also feel cheap, which is not something I would expect from Apple. If anything, they feel they were made by some cheap Chinese company and sold for $19 with free shipping on Amazon.

This said, it’s really hard for me to safely recommend these bands at that price point.