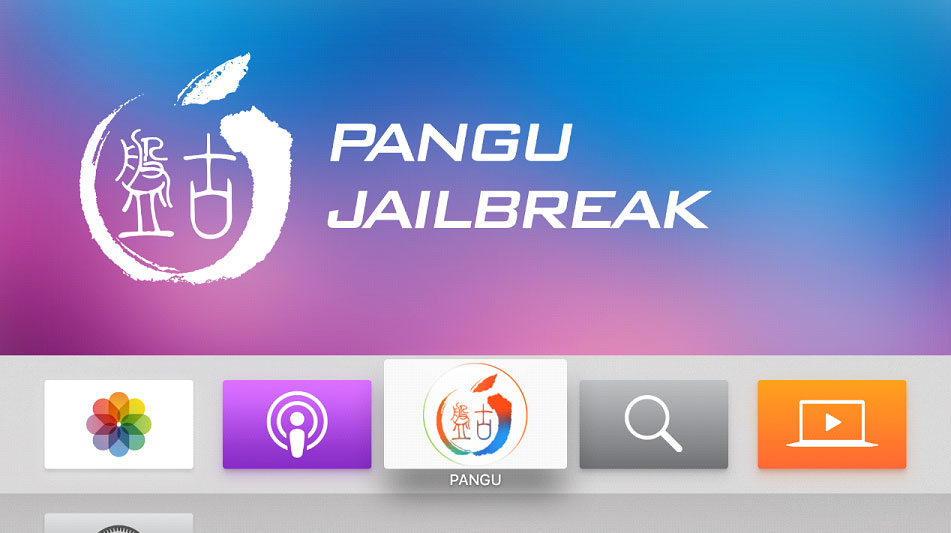 Following up on their promise, the Pangu Team has now released a jailbreak for the fourth-generation Apple TV. The tool can be downloaded from our Downloads page and instructions on how to use it will soon be available on iDB.

It must be noted that this jailbreak tool comes with strings attached. As the Pangu Team had warned, this jailbreak is more geared towards security researchers and developers. End users will see no real value in this jailbreak, at least for the time being.

Can you even jailbreak your Apple TV?

It’s important to highlight that this jailbreak is limited to the new Apple TV (fourth generation), and will only support tvOS 9.0, and tvOS 9.0.1. If you have anything above these versions, then you are out of luck, and there is nothing you can do as it is impossible to downgrade the firmware to a previous version.

If your Apple TV is on tvOS 9.1 or later, your best bet is to just go to the Apple Store and look up serial numbers of Apple TVs available for purchase, and make sure you choose one that was manufactured before December 2016. To do so, you can run this simple tool by entering the Serial Number of the device, and it will tell you when it was manufactured. If you see anything before December, then it means it is running a version of tvOS 9.0 or 9.0.1.

For the record, I went to my Apple Store, and most Apple TV I looked at were made in August or September, so it’s definitely not hard to find an older model in store.

What about other Apple TV models and software versions?

At this time, only the latest Apple TV running tvOS 9.0 or 9.0.1 can be jailbroken. Previous models aren’t supported, and it is unlikely they will ever be at this point.

The limitations of that jailbreak

As previously mentioned, the limitations, besides the devices requirements, are that this is a jailbreak mostly targeted for security researchers and jailbreak developers. Users like you and me won’t probably get much out of it, at least until progress is made and someone develop a GUI for the jailbreak and developers start releasing tweaks/mods for the Apple TV.

Still, we can’t really complain here, so let’s keep our hopes up, and thank the Pangu Team for their work.

Of course, iDB has you covered. Andrew published a set of instructions on how to jailbreak the Apple TV using Pangu, and he’ll be out soon with a video as well.