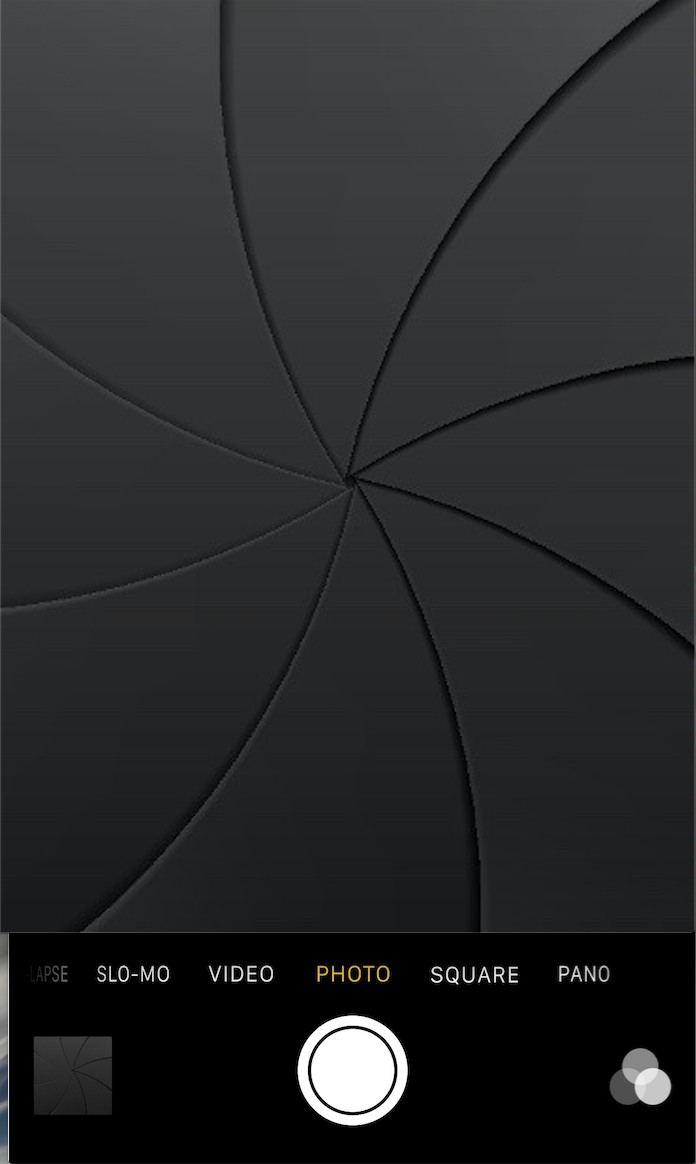 Starting with iOS 7, Apple redesigned the Camera app and it got an all-new shutter animation. Some would argue it’s a little bit boring compared to the realistic camera shutter animation we had with iOS 6 and earlier.

Fortunately, anyone who’s feeling a little nostalgic now have a way to get it back by way of a new free jailbreak tweak in Cydia’s BigBoss repository called ClassicShutterAnimation.

What was the classic shutter animation?

If you’ve never used an iPhone or iPad pre-iOS 7, then you probably don’t know what the classic shutter animation looks like. As shown above, it’s a collection of rounded triangles that open and close in a rounded formation around the frame you’re taking a photo of.

iOS 7 has replaced this with a new animation that looks like a moment of darkness, as you would see when you blink your eye, and while it makes sense for users who are taking burst photographs because it’s a much faster animation, it’s also a rather boring animation and takes some of the fun out of iOS photography.

Getting back the classic camera shutter animation

ClassicShutterAmination simply needs to be installed on your iPhone, iPod touch, or iPad to get the classic camera shutter animation back on iOS 7 or later.

After you’ve installed the tweak, you can launch the Camera app and attempt to take a picture and you’ll notice the change immediately. The camera shutter animation displays when you tap on the shutter button to snap a photograph while you’re in “Photo” mode in the app.

What are some of the caveats?

ClassicShutterAnimation brings back an older animation that Apple used before burst shot was popular on iPhones. With today’s cameras, which are so quick at taking photo after photo after photo, the animation may seem slower than the photography itself. For that reason, we don’t recommend using this tweak if you use burst shot a lot, because it won’t look as nice, but it won’t stop you from using burst shot.

The other thing that we have to point out is this tweak only works in “Photo” mode in the Camera app. It doesn’t work in “Square,” “Pano,” or “Video” mode. In iOS 6 and early, the camera shutter animation worked when capturing video after you tapped on the shutter button when video capture was finished – that’s not the case with this tweak, unfortunately.

I think ClassicShutterAnimation is a nice way to fill the nostalgia you may have for a feature that pre-dates iOS 7. The camera shutter animation was always fun to look at, but still, it’s just an animation, so some people are going to care and others won’t.

On newer devices with faster cameras, it’s kind of slow animation, and I think it might feel like a step backwards, but if you’re using an iPhone 5, or another type of iPhone with a slower camera shutter speed, then the tweak may fit right in as a familiar and exciting addition to the iPhone photography experience.

The tweak has no options to configure, so it’s really nice that you can just install it and get started with it immediately. I’d like to point out however that it seemed like the tweak didn’t work at first, but I fixed that by tapping and holding on the shutter button to activate burst mode, and after releasing, I started to see the classic camera shutter animation as I had expected to after every photograph I took afterwards.

I think this tweak will appeal to those that miss the simplistic days of iOS and the older skeuomorphic user interface. Being that it’s a free jailbreak tweak from Cydia’s BigBoss repository, you can always remove it if you don’t think it’s right for you and you won’t be out any money.

Do you prefer the classic camera shutter animation? Share in the comments below.