Facebook-owned WhatsApp is about to integrate more tightly with the social networking firm’s mobile client, as discovered Monday by German blog Macerkopf.de.

Facebook is testing the forthcoming version 2.12.17.689 update to WhatsApp for iOS which will permit users to export their chat archive as a ZIP file.

Currently, WhatsApp lets you back up and restore chat history via iCloud, so the addition of ZIP chat exporting will make it easier for users to download their instant messages to a computer.

In addition, Facebook is also testing a new WhatsApp integration in its mobile application for the iPhone, iPod touch and iPad.

WhatsApp integration in the mobile Facebook app will make it possible to share posts on WhatsApp by tapping a new WhatsApp icon under each Facebook post. This feature has been in testing in Facebook for Android for more than ten months now.

As for other new features coming in WhatsApp’s 2.12.17.689 update, there is a revamped Welcome screen (pictured below) and the user’s phone number has been added to the Settings interface under the status.

Interestingly, payment information has been removed from WhatsApp as the app recently ceased charging users an annual subscription fee and is now free for everyone. 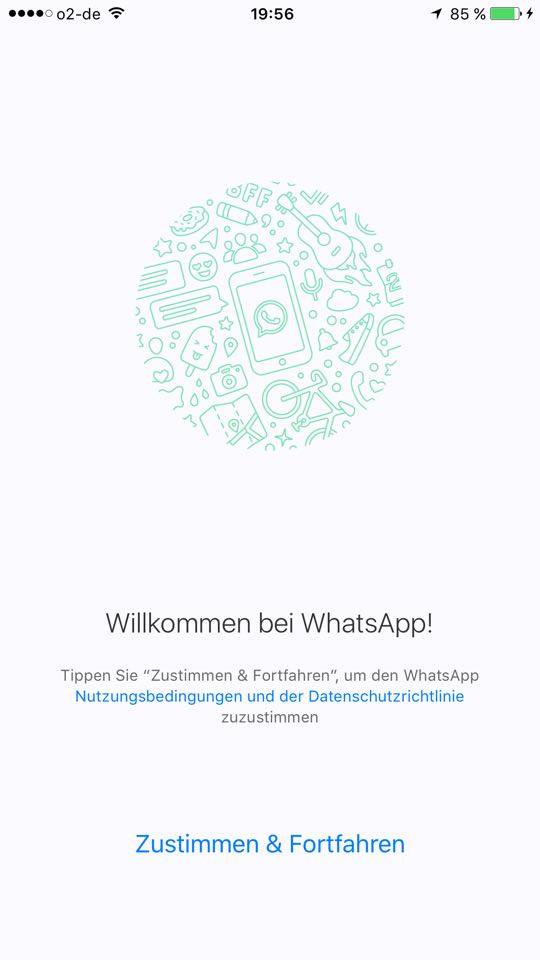 Back in December, it was discovered that WhatsApp has been internally testing the upcoming video calling feature along with a tabbed interface for easier chatting.