If you own an Apple Watch, you can now use it in conjunction with Activator on your jailbroken iPhone. Activator 1.9.8 beta 9, which was released yesterday, adds several new interesting features to the already massive list of things this tweak can do.

In addition to the Apple Watch support, the beta adds support for more system ringtones, features a reduced package size, and incorporates several fixes to make the tweak run more efficiently. Check out the full change log for more details. 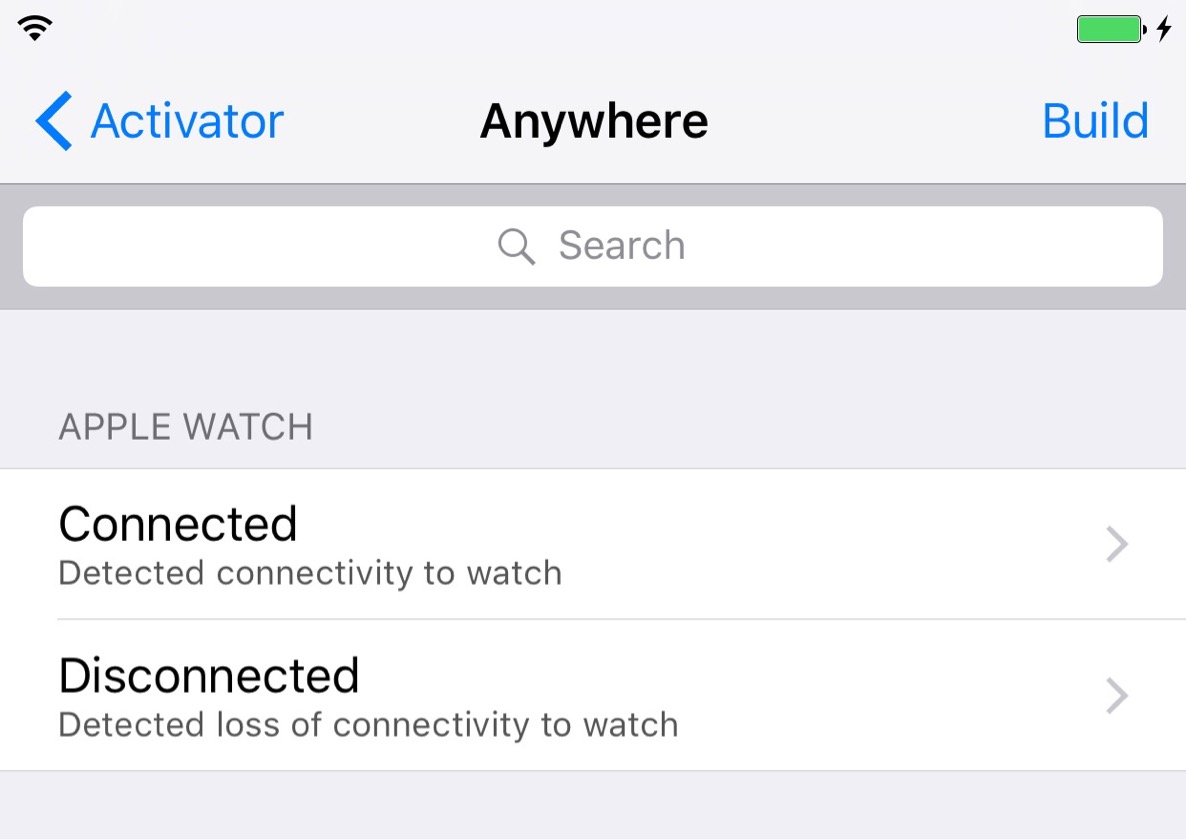 Obviously, the most notable feature in this new update is the Apple Watch functionality. In particular, there is a new Watch Tap action, and a Watch connectivity event gesture.

There’s a new watch connectivity event, which can be used to execute actions whenever your Apple Watch is connected to your jailbroken iPhone.

There’s also a new Watch Tap action, which can be assigned to a gesture so that you receive Taptic Engine feedback on your wrist upon execution. For example, I could assign a Watch Tap to occur when I join a Wi-Fi network.

Keep in mind that this isn’t hacking or jailbreaking your Apple Watch. It’s simply working within the limits of interaction between the iPhone and the Apple Watch. See the full change log below:

There is also a more recent 1.9.8 beta 11 release, that features the following changes:

To take advantage of these new features, you’ll need to install the Activator beta. That can be done by adding Ryan Petrich’s beta repo to your list of Cydia Sources. His repo is as follows: http://rpetri.ch/repo

Do you use the Activator beta? If so, what do you think about these new features?