Apple is researching a pair of interesting new features to give its fourth-generation Apple TV some new smarts and make the box more TV-like. Titled “User detection by a computing device” and “Input device & user interface interactions”, these inventions outline a fresh new user interface for changing channels on an iOS device and a presence-aware remote to keep playing content as long as someone is in the room.

The user interface for changing channels includes a navigation bar with the current progress and a larger area for the video itself. The item can be standalone (a movie, for example) or a sequence of content items such as television shows and movie bundles.

Apple specifically mentions an electronic programming guide-like feature with broadcast ordering based on the time they were originally aired. Later in the patent abstract, Apple talks about changing “television broadcasts on a specific channel”. 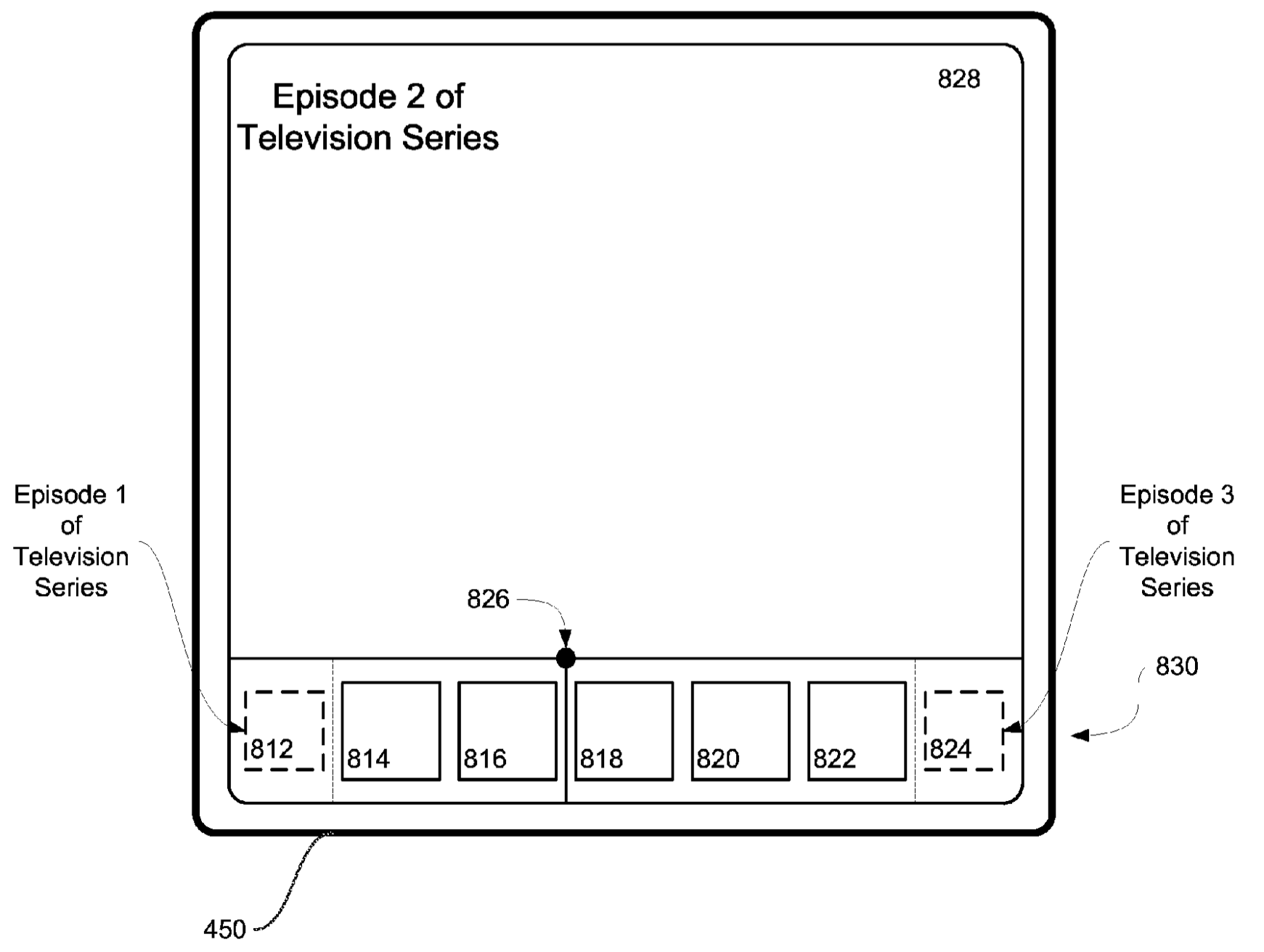 The system should provide the correct ordering of the television broadcasts based on the time they were originally aired. The interface runs on an iOS device, potentially hinting at new features coming to Apple’s forthcoming remote application for the Apple TV 4, but it could also be part of a tvOS software update.

As you know, Apple has yet to unveil a TV-subscription service for the Apple TV but, as evidenced by this patent, seems to have the software ready to support that feature.

The other patent which details presence detection is also curious.

Stating that determining whether a person is present at a device can be beneficial in providing an enhanced user experience with the device, Apple writes the “if a television were able to determine that a person is in the presence of the television, the television could forgo going to sleep so the person’s television-viewing can remain uninterrupted.”

A presence-enabled device determines whether you’re present in the room by plying an audible or inaudible sound that is outside of the normal range of hearing for a human. 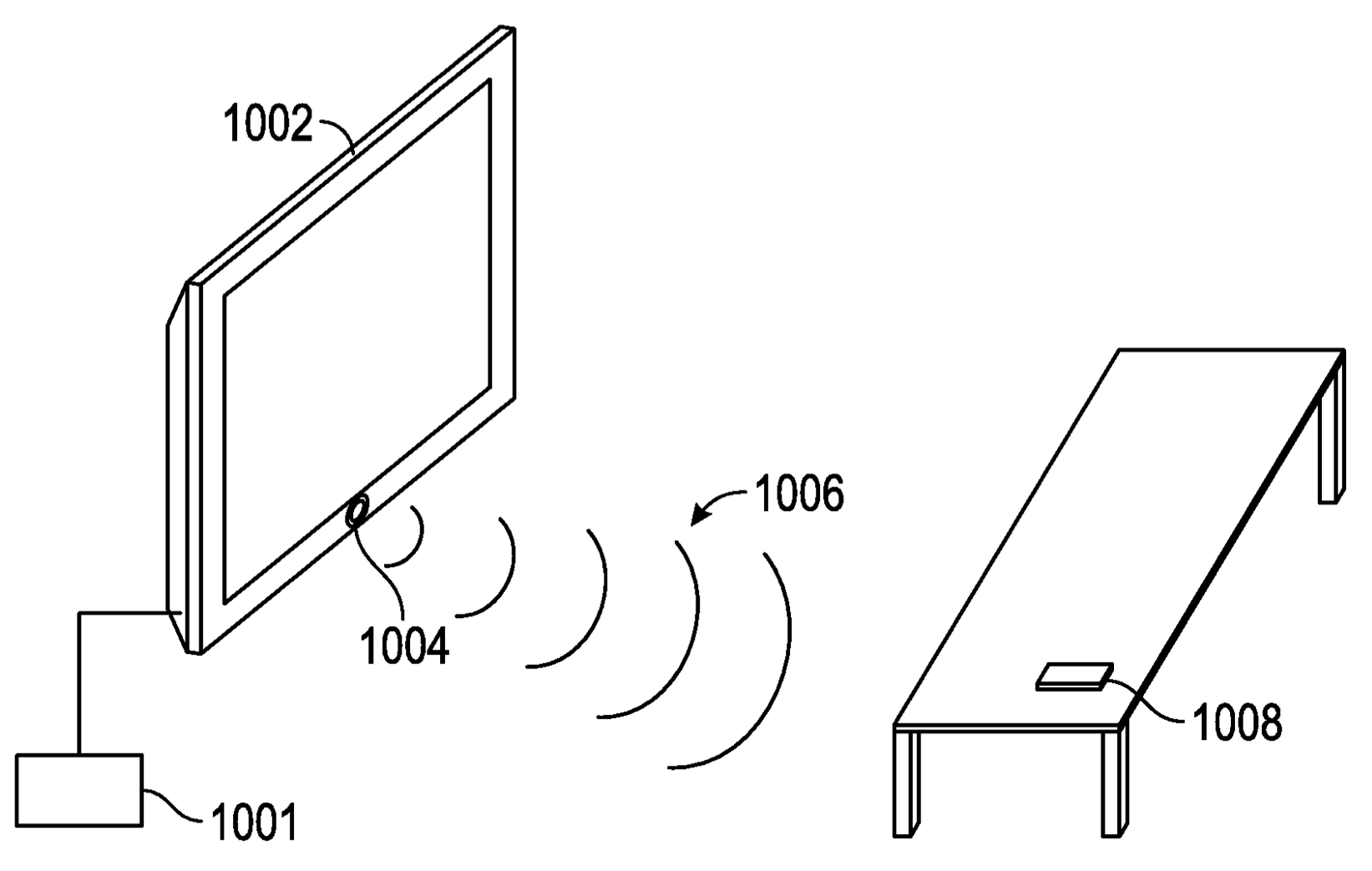 The Siri Remote’s built-in microphone would pick up the sound and send it back to the Apple TV via Wi-Fi or Bluetooth, which would compare the generated and recorded sound to determine if the remote is nearby a telly, based on several presence criteria.

The sound-receiving device can also be an iPhone, iPod touch or iPad. Again, the upcoming remote app for the new Apple TV could gain this functionality.

“If the presence criteria are not satisfied with respect to the mobile phone,” Apple writes, “the user is determined to be not present at the sound-playback device.”

Other proposed presence verification methods include facial recognition, motion checks, network checks, re-performing presence checks when the large amount of motion corresponds to the user having left the room and more.