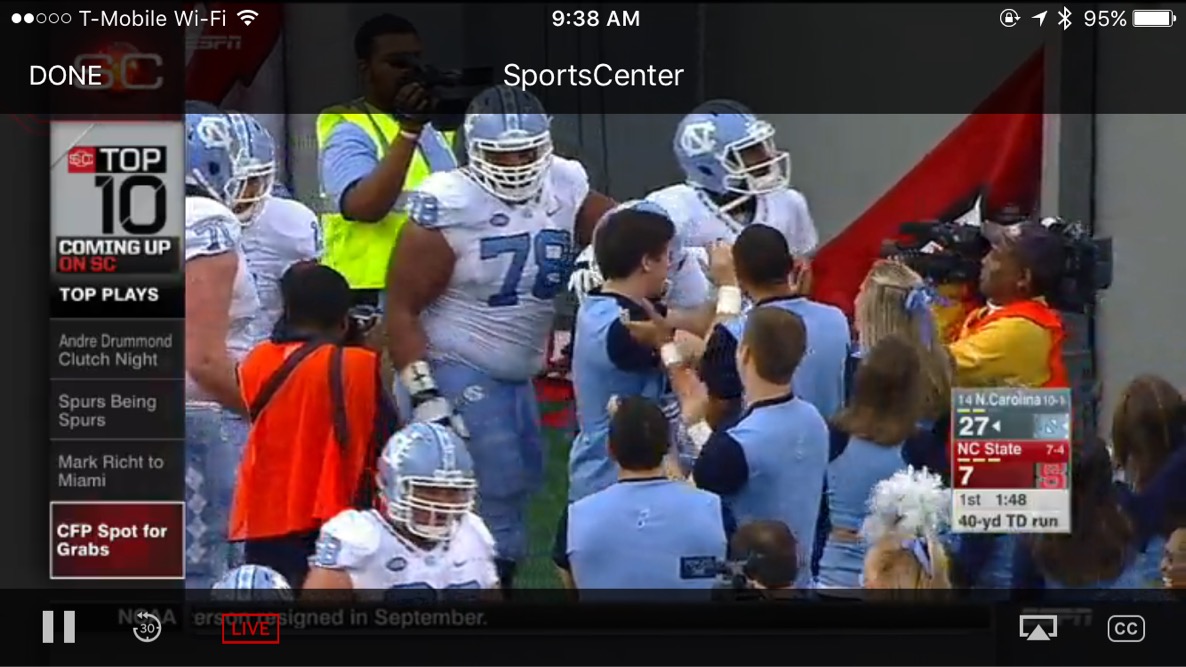 Today is a big day for sports fans who like to keep up with sports scores, news, and even watch live games on the go. The live portion of ESPN’s popular WatchESPN app, an app that has garnered millions of downloads and billions of minutes of live playtime, has been rolled into ESPN’s main app.

In addition to the live streaming integration, ESPN’s app now features 3D Touch support for the iPhone 6s, Spotlight Search support for iOS 9, and universal links so that ESPN.com links may open directly in the app itself.

Needless to say, the new and improved ESPN app, which comes in at version 4.7.0, and about 37MB, is well worth your time. 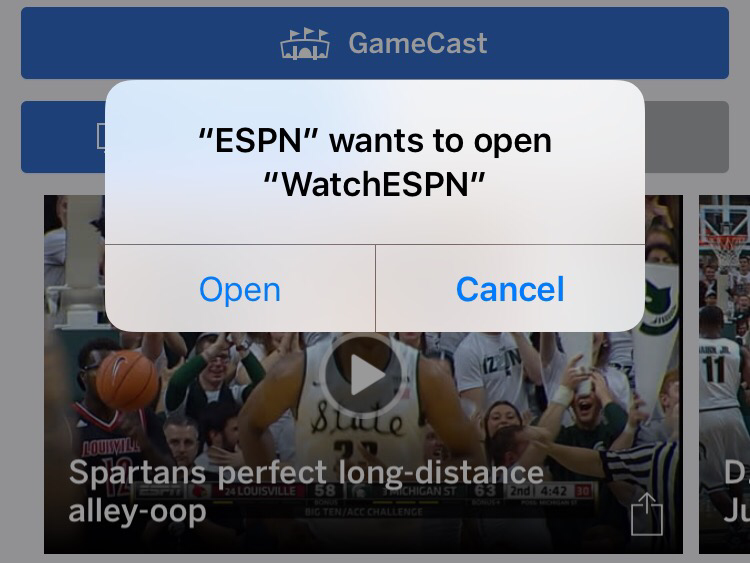 A thing of the past

Once installed, you’ll see a new tab in the bottom right-hand corner dedicated to WatchESPN. Instead of being prompted to launch WatchESPN, you’re now able to stream live content directly inside the main app. You can also directly live stream games from the game pages themselves, providing a seamless transition from game information to live gameplay. 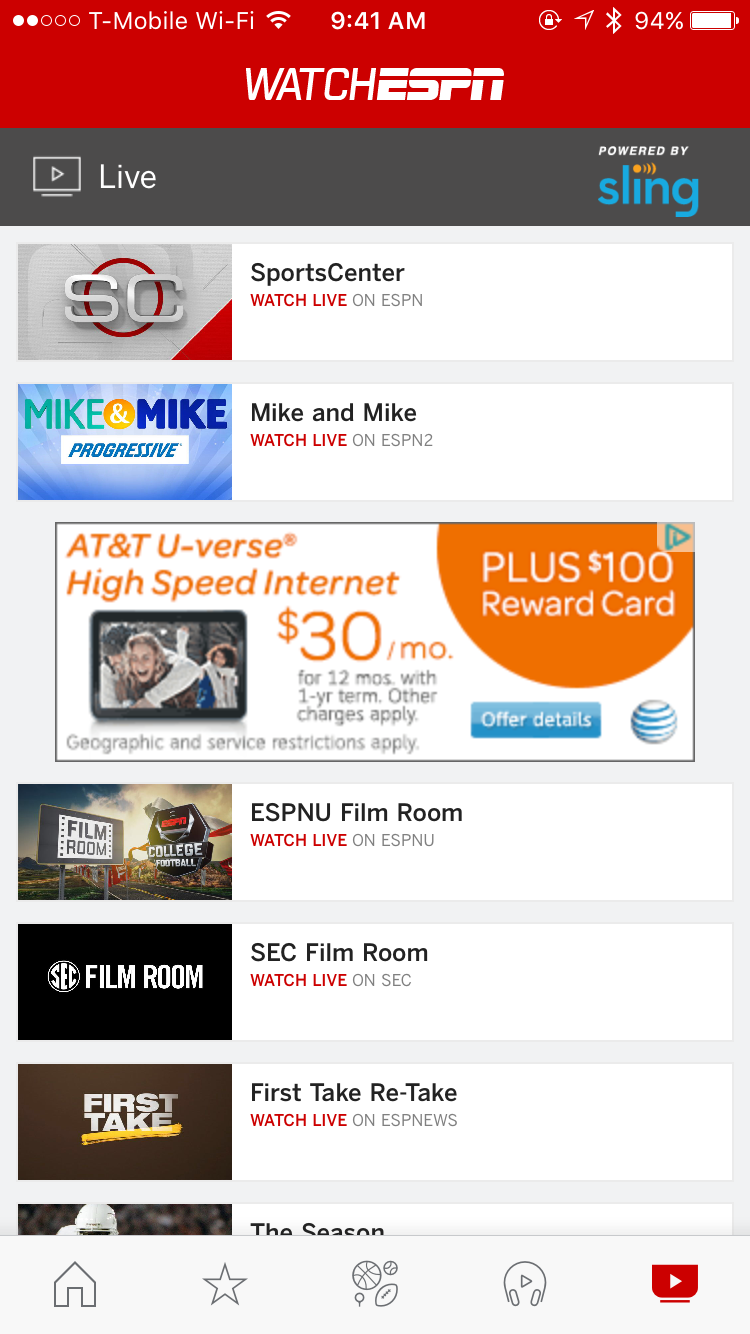 You will still need to have a valid cable TV subscription in order to take advantage of live streaming, as that component of the equation has unsurprisingly remained the same.

In addition, iPhone 6s users will now enjoy 3D Touch for direct access to specific parts of the app, including the popular favorites, radio, and integrated live streaming portion. 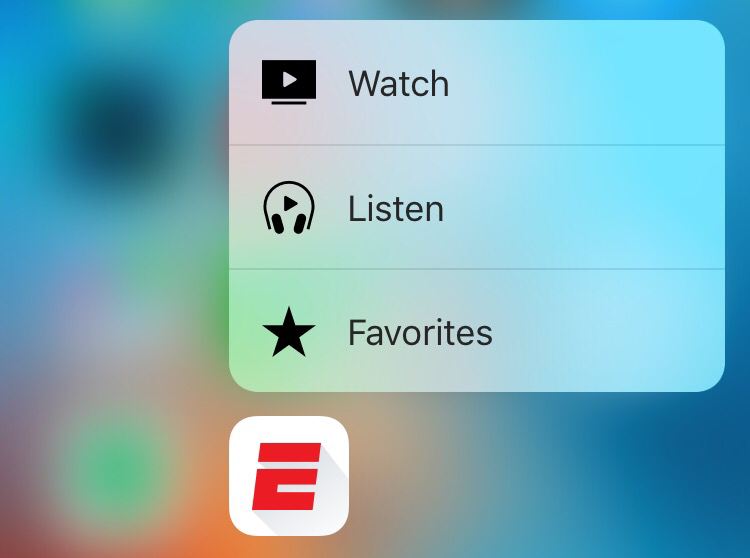 Then there’s the aforementioned Spotlight support, but it seems to very limited at the moment. As of this writing, it only seems to be capable of searching for and navigating to the main sections of the app, such as NFL, or NBA. Thus far, I’ve been unable to find specific stories via Spotlight search. That could, of course, change as individual stories are indexed. I also find that universal links aren’t yet functioning in all scenarios where they could. 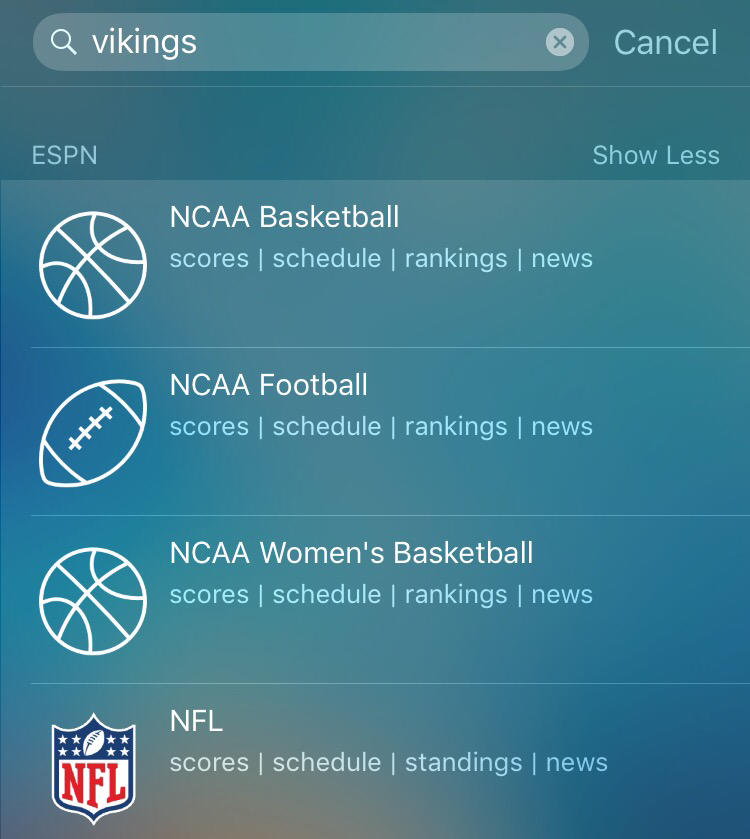 The revamped ESPN app will surely make the WatchESPN app less popular, but I don’t think it will outright replace it, at least not yet. For one thing, there doesn’t appear to be a way to play replays within the main app, which is possible in WatchESPN. The WatchESPN app also has a better categorical layout, making it easier to find the exact sort of sports content that you’re into. The official app is just a showcase of what’s currently available to stream live.

Ultimately, I feel like such a change was inevitable, and it’s a good change. It’s annoying to have to juggle two separate apps when one app can easily do the job of both. That said, don’t be quick to ditch your WatchESPN app just yet, unless you only care about live content and nothing more.