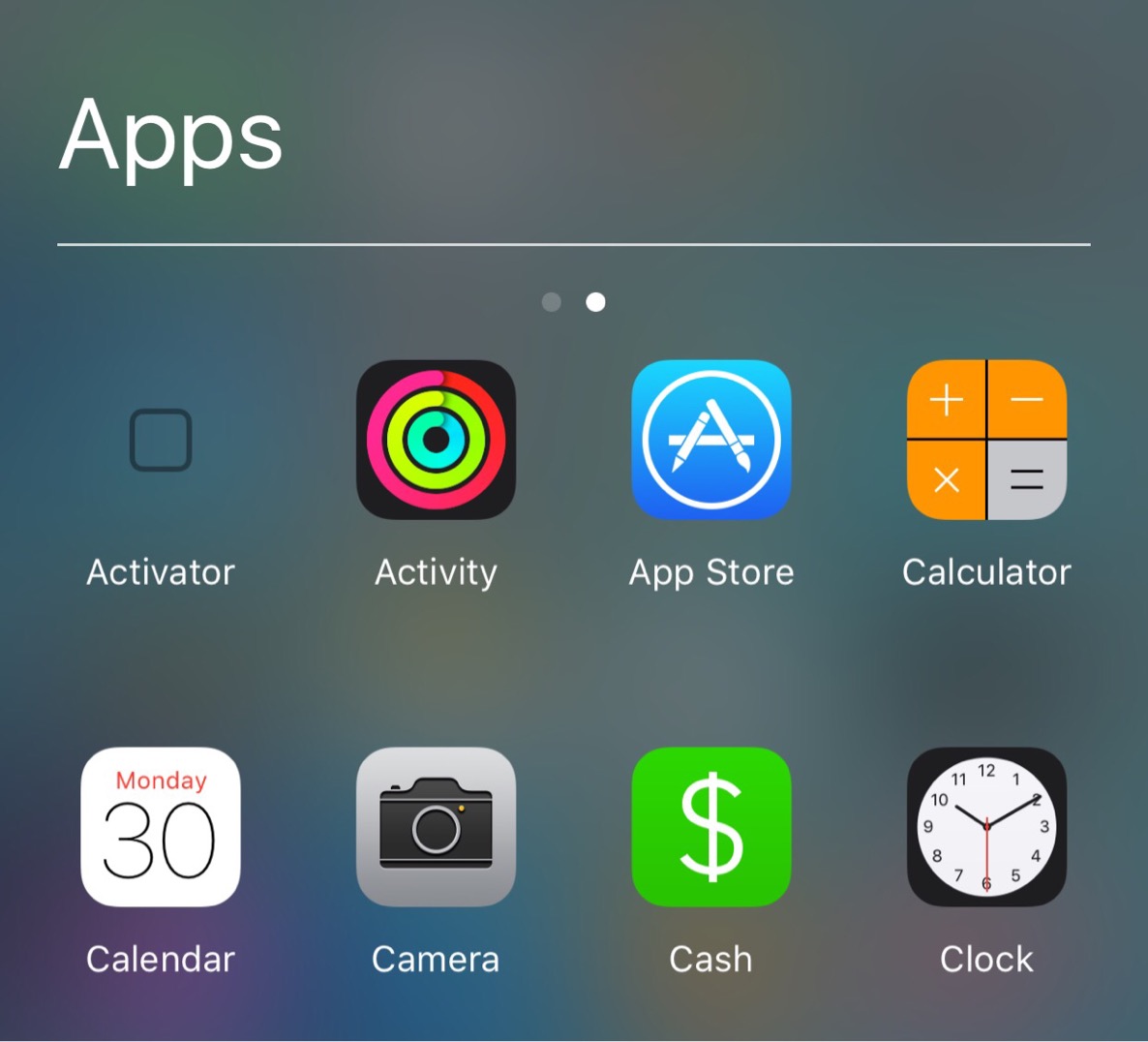 Fern is a nicely designed app launcher tweak for jailbroken iOS 8 and iOS 9 devices. It’s a relatively simple launcher that can be accessed via an assigned Activator gesture.

Included in the launcher are two views: App and Favorites, and each can be customized to varying degrees via the tweak’s preferences. If you’re looking for a well-designed jailbreak tweak for launching your favorite apps quickly, then Fern may be worth its $1.99 asking price. 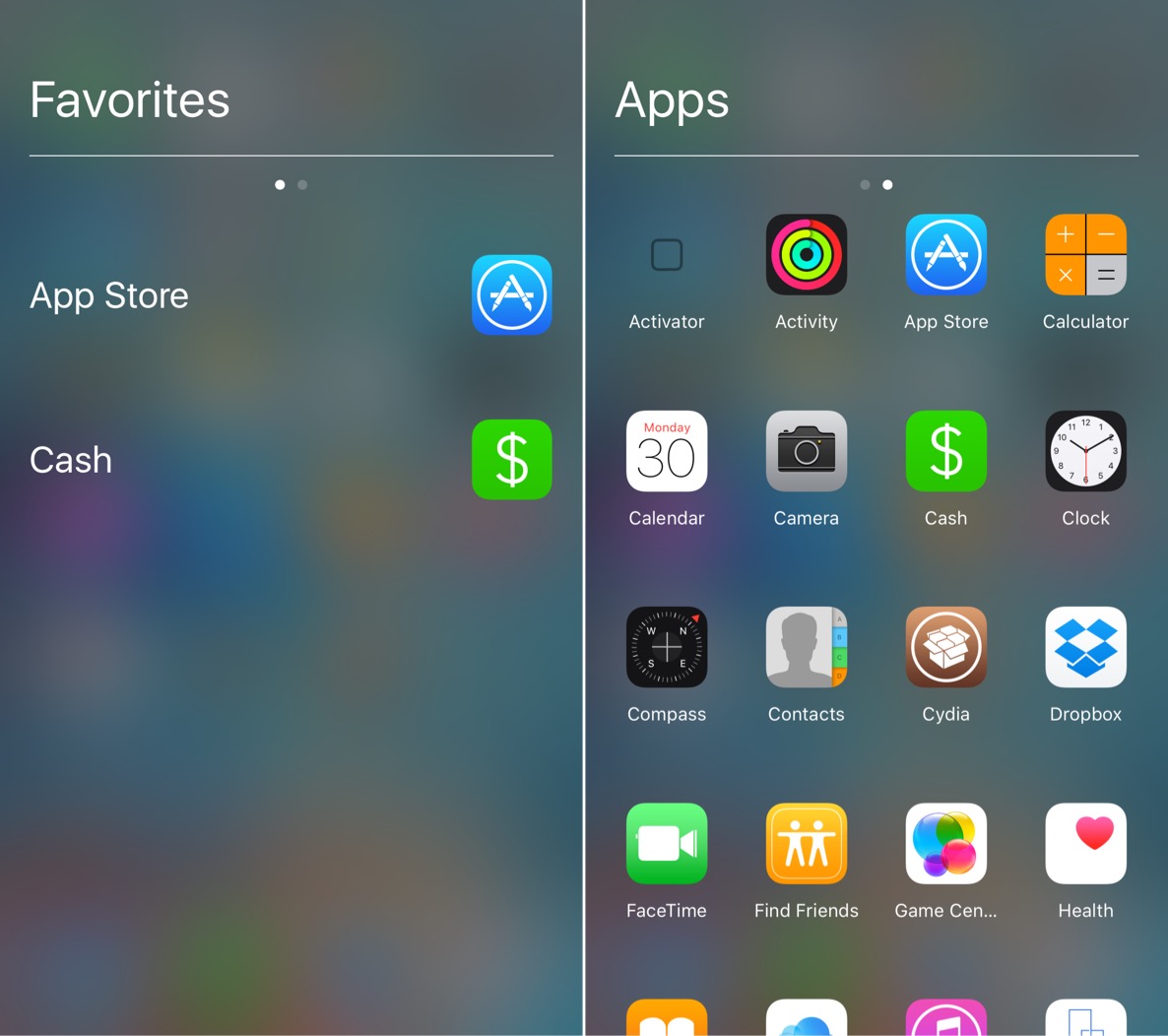 Once installed, you’ll need to head over to the Settings app and open Fern’s preferences. It’s there where you can assign the Activator Method for invoking the launcher.

After establishing Fern’s activation details, use the gesture to open the launcher, and you’ll see the two aforementioned views. To switch between the views, you can use a simple swipe gesture. 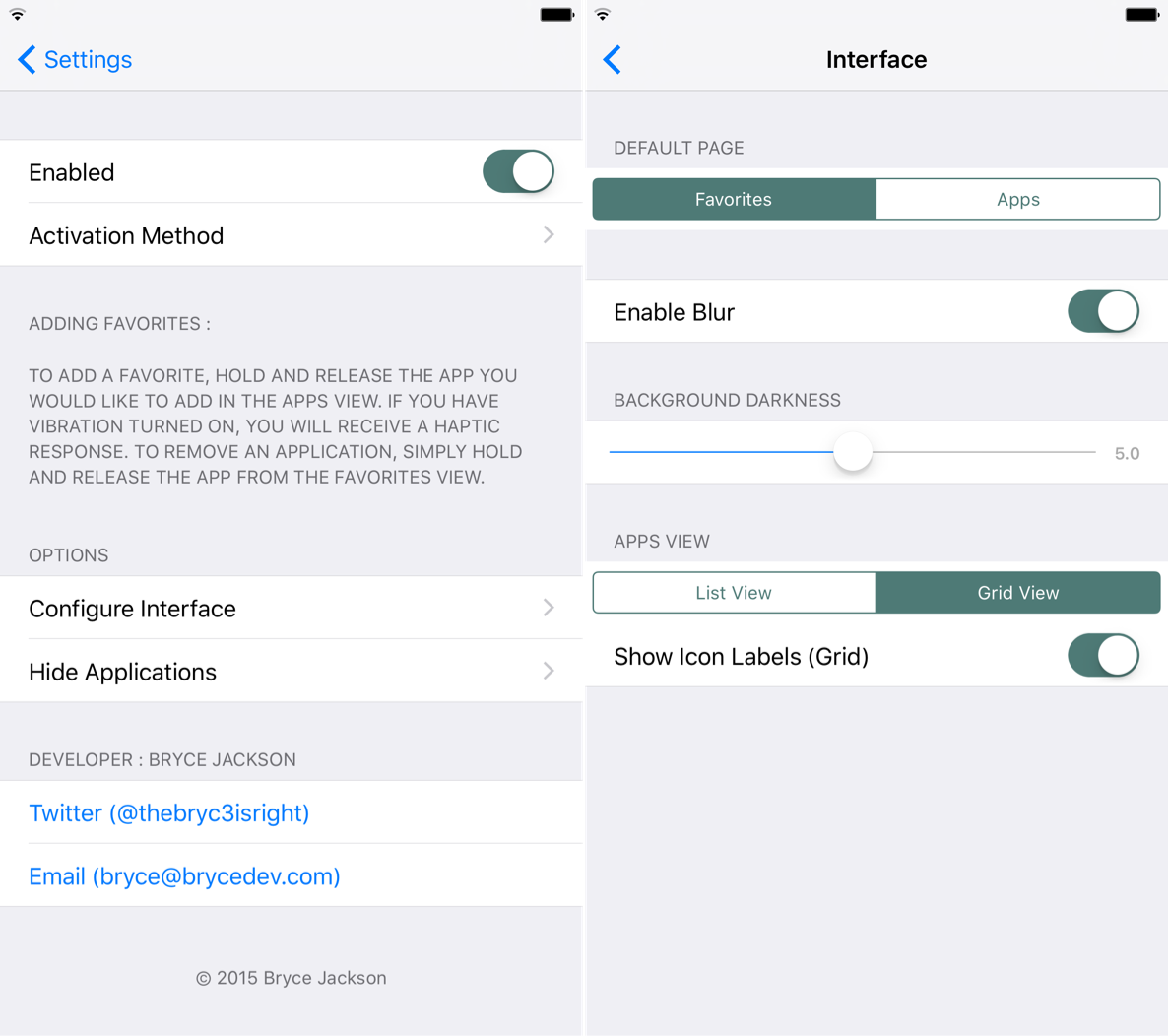 There’s a few additional preferences found in Fern’s settings for changing up the look of the tweak as well. You can configure the interface to default to either view, enable or disable blur, change background darkness, and choose between a list or a grid layout on the Apps view.

Lastly, the preferences lend users the option of hiding certain applications so that they will not be shown on the launcher interface.

Fern is a well designed jailbreak tweak, but some may consider it to be too anemic for its asking price of $1.99. I personally like it, though. It’s well-designed, easy to use, and stable from what I’ve seen during my hands-on time with it. If you’re looking for an app launcher that works with iOS 8 and iOS 9, then you may want to consider giving Fern a chance.