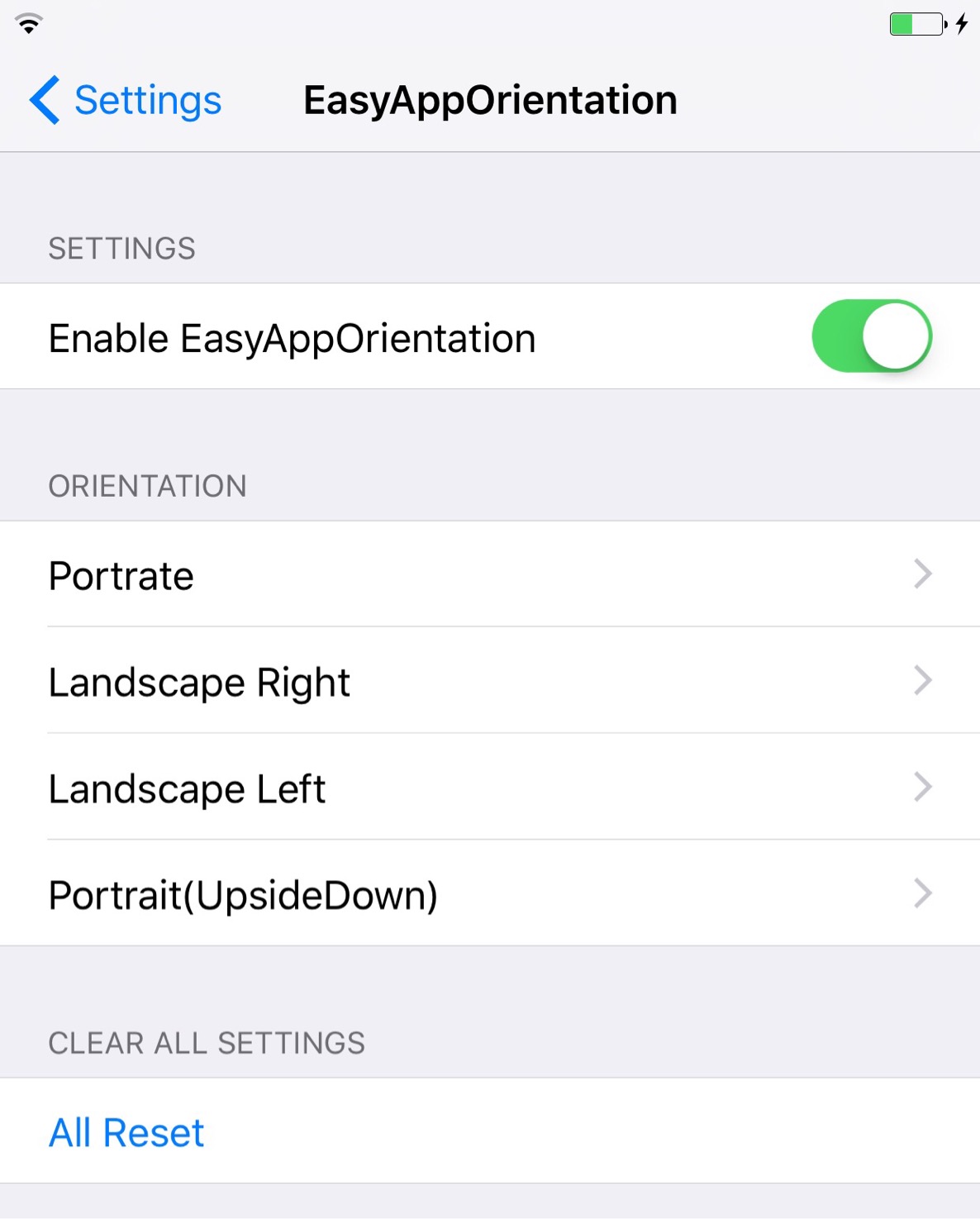 Have you ever wanted to lock the orientation of your iPhone’s screen in portrait mode for one app, but lock it in landscape mode for another app? Occasionally, I run into that exact dilemma, and it’s alway a little frustrating that I have to micromanage the lock orientation button found in Control Center when switching between the two apps in question.

A new jailbreak tweak is aiming to help eliminate this problem, as it will allow you to lock the orientation of your iPhone’s screen on a per-app basis. The tweak, which is appropriately titled EasyAppOrientation, is a free release that lives up to its billing.

Once installed, it’s just a matter of venturing over to the stock Settings app, and configuring each app that you wish to modify to your liking.

Inside of the tweak’s preferences, you’ll find an overall kill-switch for quickly enabling or disabling the tweak as a whole, along with four sections for the four possible screen orientations found on the iPhone.

Here are the sections that you’ll see:

Inside of each section, you’ll see a list of all installed applications with toggle switches located next to each. Simply enable the toggle switch for a specific orientation and application to lock the app into place.

The result, is a tweak that works just like it’s described. I tested EasyAppOrientation by locking Safari to a landscape orientation, while continuing to enjoy other apps in portrait mode.

If you do a lot of juggling with the orientation lock button found in Control Center, then EasyAppOrientation is a free tweak that I can easily recommend; it’s a real time saver.