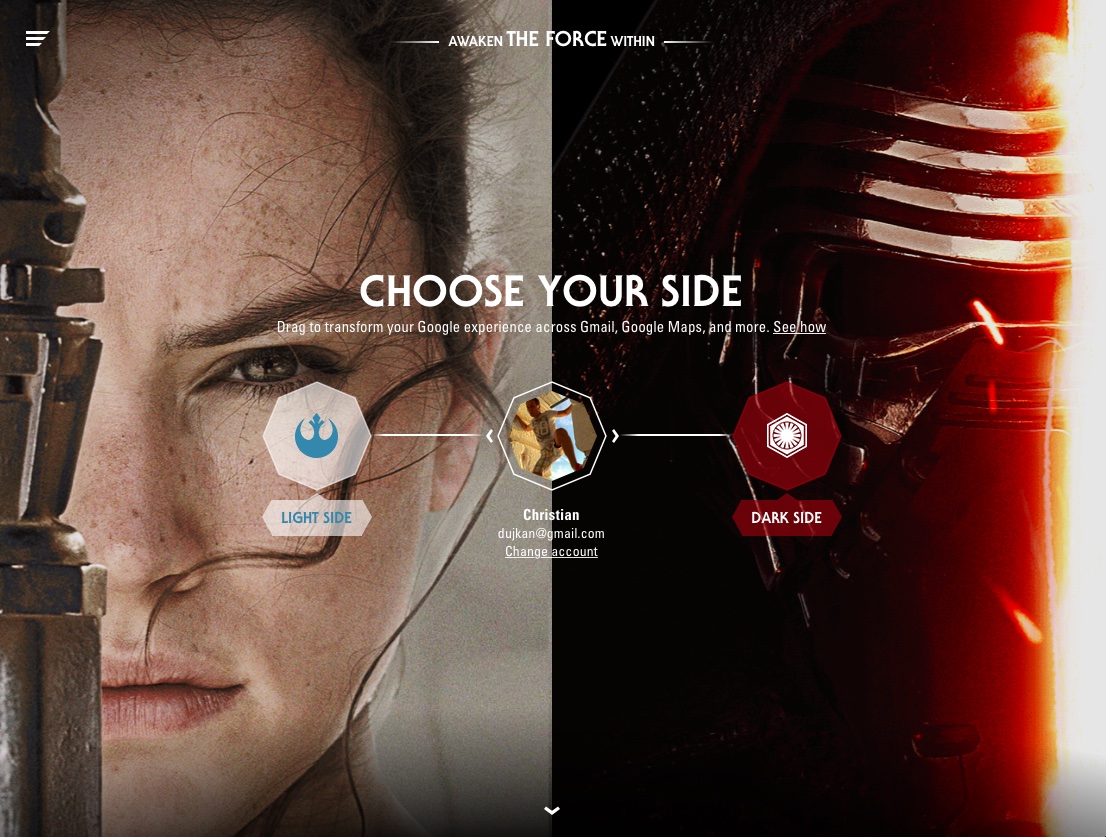 Tons of Google properties are getting Star Wars-themed Easter eggs today in an interesting new promotion celebrating the arrival of Disney’s highly anticipated Star Wars: The Force Awakens movie, which opens on December 18, 2015.

You’ll then be asked to choose between the Dark or Light sides of the Force. Depending on your choice, a number of Google’s most widely used web properties will be skinned and themed accordingly, including Gmail, Chrome and Google Maps.

This works on your iPhone, iPod touch and iPad, Android smartphones and tablets, Mac and Windows PCs and Chromebooks.

“Awaken the Force within you. Choose a side and your Google apps will follow your path,” said Google. After making your selection, click the Join button.

“Once you choose a side, it may take a few hours for the Force to awaken within all your apps,” Google explains. Additionally, the transformation of Chrome, Gmail and YouTube can only be experienced on desktop. 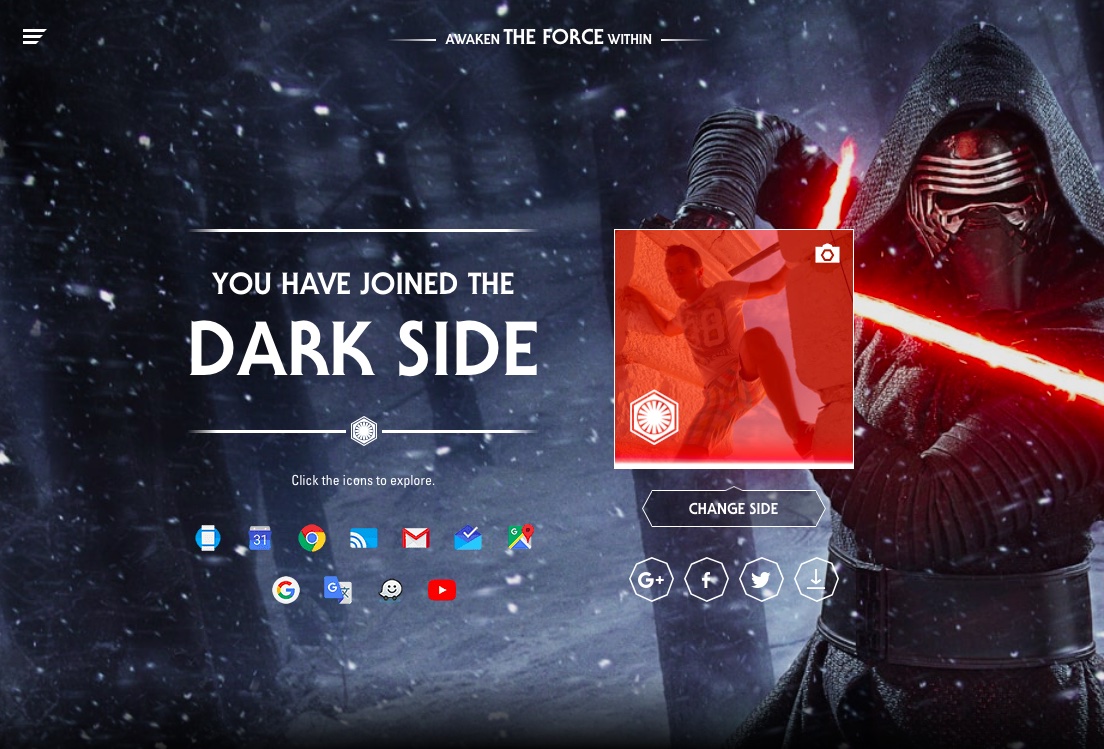 As a nice bonus, Star Wars events will be automatically added to your calendar after you choose your side of the Force.

“Chrome tabs, for instance, will show you pictures of crashed Star Destroyers, while the Street View marker in Maps gets re-clothed as a Rebel Alliance pilot or as a Stormtrooper,” Engadget explains.

“Even fan-favorite, the lovable yet scruffy-lookin’ rogue known as YouTube gets a lightsaber-colored playback bar depending on which side you pick.”

According to the official Google FAQ, Google Apps for Work, Education or Government accounts are not supported in this promotion.

You can change your side of the Force at any point at google.com/starwars. Just drag your avatar to your preferred side and then click “Join” to follow your new path.