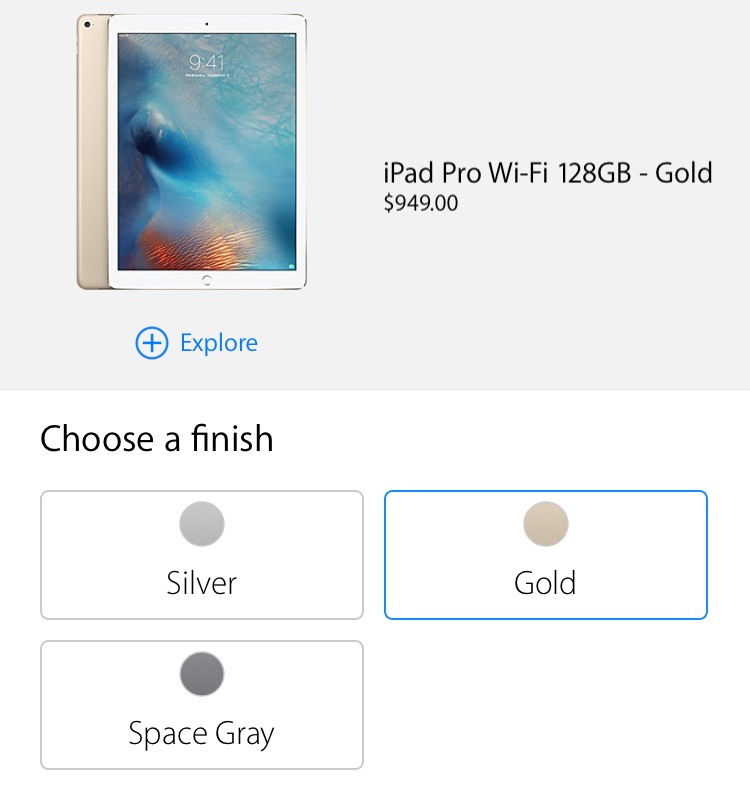 Apple’s super-sized tablet aimed at professionals is now available for purchase from the online Apple Store. Early this morning, the iPad Pro went on sale, along with notable accessories, the Apple Pencil, and Smart Keyboard.

The iPad Pro is available for purchase starting at $799 via the Apple online store and brick and mortar Apple retails stores. In fact, you can order an iPad Pro right now, and schedule an in-store pickup when the Apple Store opens later today.

Interestingly, both the Apple Pencil and Smart Keyboard don’t seem to be available on day one, though that could be because I was too late, and they’re already out of stock. For companion accessories so closely associated with a product, I find that to be a bit odd. Of course, that could change when physical stores open later today.

Apple currently lists the available-to-ship date for the two accessories as being over a week out, with no in-store pickup options available as of yet.

The iPad Pro hardware itself appears to be relatively plentiful, and even third-party accessories, like Logitech’s Create backlit keyboard, are available on day one.

I opted for a 128GB iPad Pro in Space Grey. Since the main accessories aren’t yet available in stores, I went for Logitech’s keyboard as well.

Did you order an iPad Pro?