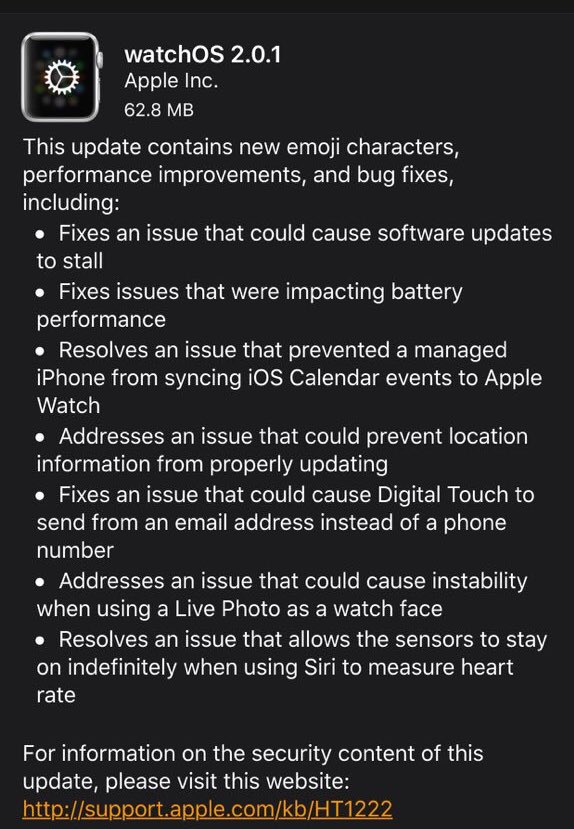 Along with the release of iOS 9.1 this morning, Apple just release watchOS 2.0.1 for Apple Watch users. Most notably, this update contains support for the new emoji characters already present in iOS 9.1, and improvements to battery life.

Beside containing the new emoji characters that came with iOS 9.1, the most welcome addition to watchOS 2.0.1 is that it fixes issues that were impacting battery performances.

To update to watchOS 2.0.1, users must launch the Watch app on their iPhones, go to General > Software Update. To install the update, your Apple Watch must be in range of your iPhone connected to Wi-Fi, connected to its charger, and carrying at least at 50% battery charge. Because this update was just released, it may not be available right away for everybody. Patience!

Note that we have independently confirmed that you can update to watchOS 2.0.1 from an iPhone running iOS 9.0.2.