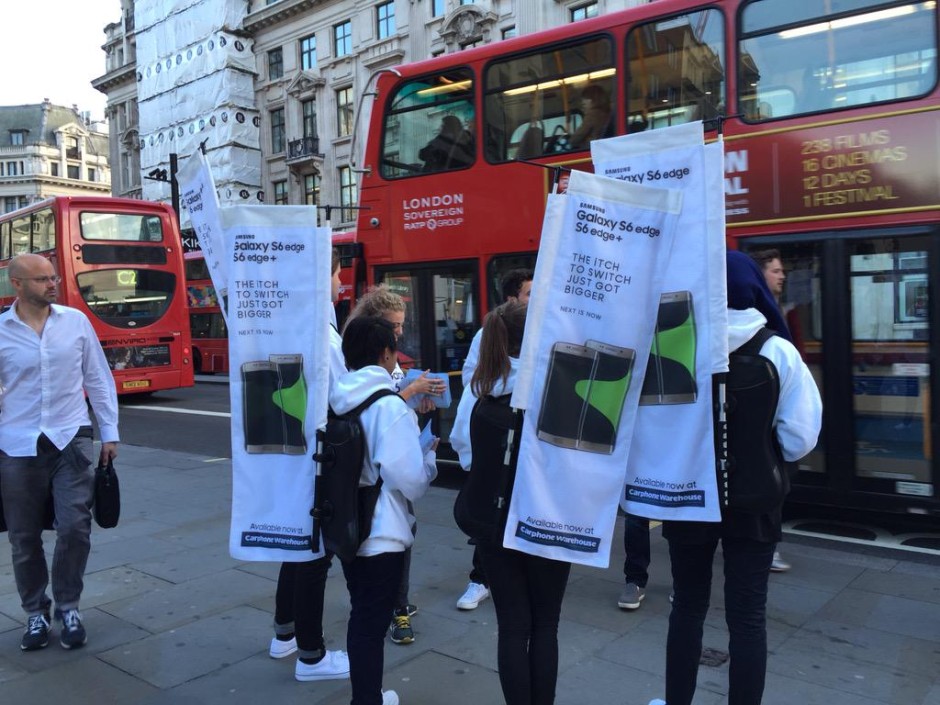 In what could only be described as a continuation of its miserable anti-Apple advertising campaign, Samsung has hired people to wear backpack-mounted banners advertising its Galaxy smartphones to folks who queued up for iPhone 6s launch this morning outside the Apple Store in London’s Regent Street, The Inquirer reported.

Even Samsung Mobile UK tried to curb Apple’s launch on Twitter by publishing a series of messages, such as “Queuing is so overrated… Why queue when you can get the Galaxy S6 edge+ right now” and more.

“The blankets, bottles and pillows had been handed out by a dozen or so people wearing blue jackets,” reports IB Times.

“They were given to us by Apple,” a person in queue said. A friend of his, however, was a little more savvy, quietly informing him: “No man, it was Samsung, I did a little research.”

“When asked where they were from, one representative told IBT they came from a marketing company called Iris and were filming a video about the queue,” explains the publication.

Iris, of course, is a global marketing company which counts Samsung as a client. A marketing ploy like is hardly unusual for Samsung: the company has been actively advertising against Apple since the iPhone 5 launch three years ago. However, this is the first time they paid folks to actually troll an iPhone launch.

I guess that’s one method of trying to sell your own flagships to iPhone 6s buyers in London. In my opinion, they should have thought twice before attempting to gatecrash the iPhone 6s launch, more so given the loyalty of Apple fans. 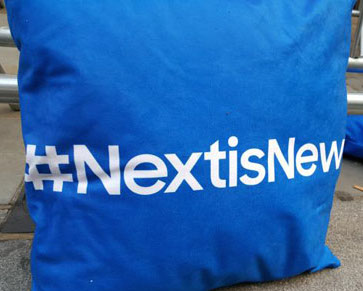 A free pillow won’t push an ardent Apple fan to make the switch to Android.

What do you think of Samsung’s attempt at dampening enthusiasm for the iPhone 6s launch like this? It’s surely legitimate marketing tactics, but will it work or will it backfire, do you think?