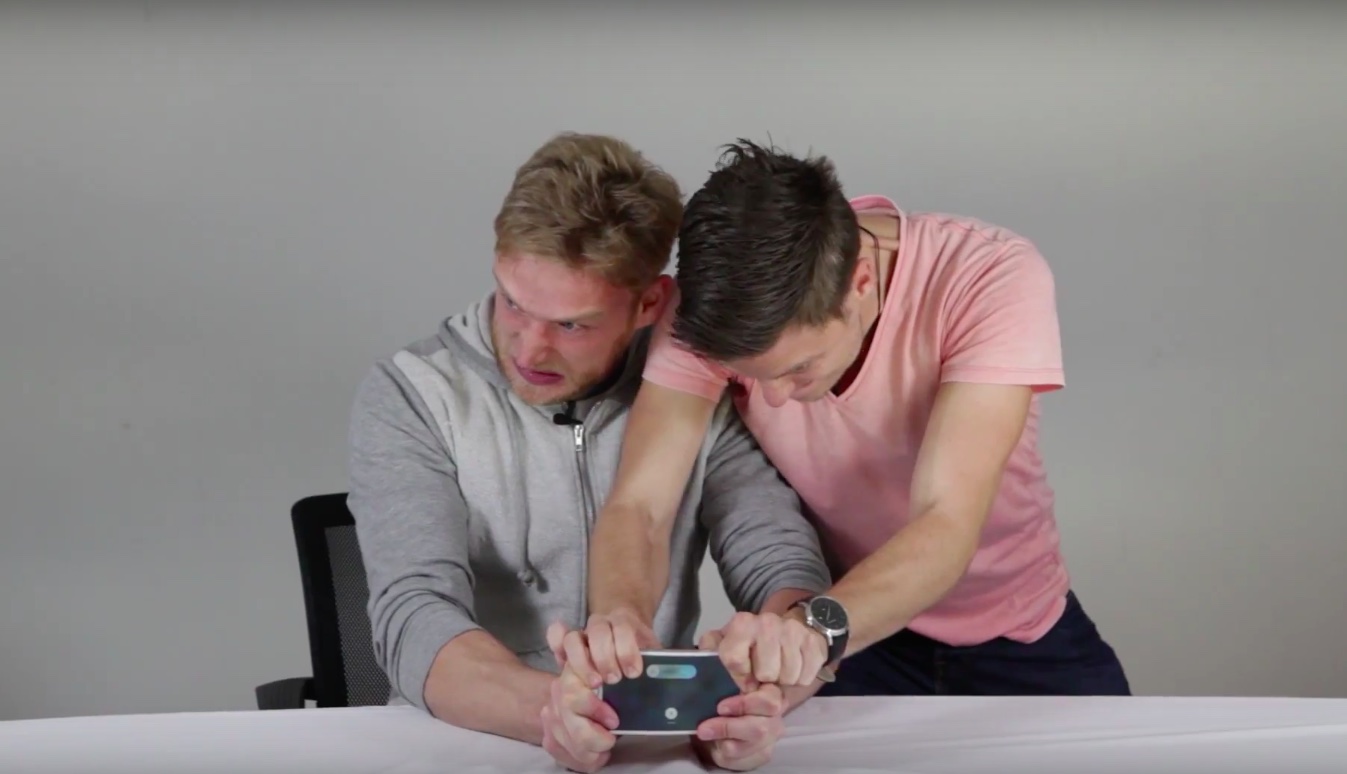 Answer: far, far less than the previous model. Apple hasn’t focused much on a lot stronger body of the iPhone 6s and iPhone 6s Plus so, naturally, we’ve been eager to find out just how Bendgate-proof the new devices are. A new non-scientific stress test video from Australia demonstrates that the iPhone 6s Plus is nearly unbendable versus the iPhone 6 Plus.

The new Series 7000 aluminum body can apparently withstand a significant amount of force being applied without bending. But don’t take our word for it, watch the embedded video and post your impressions in the comment section.

The video by YouTuber Christian from FoneFox clearly demonstrates that the new iPhone 6 Plus, whose Series 7000 aluminum body is 0.02mm thicker, is far less bendable and way more durable than its predecessor.

Christian was (barely) able to bend the phone just slightly and it immediately fell back into its normal form after he removed the pressure. Actually, it took two people to bend the iPhone 6s Plus permanently and it still remained functional after bending.

Don’t see the embedded clip? Watch it on YouTube.

A recent video from Unbox Therapy featuring a leaked iPhone 6s shell also confirmed that the new Series 7000 aluminum chassis (which uses a significant amount of zinc) is far less prone to bending that the Series 6000 aluminum body of the iPhone 6/6 Plus.

In terms of numbers, Unbox Therapy used a device to measure the force needed to bend just the case and found it folding under about 80 lb of force versus 30 lb of force for the iPhone 6 case, a marked improvement.

There has been a tremendous media hype following Unbox Therapy’s now famous video from a year ago which showed the previous-generation iPhone 6 Plus can be bent somewhat easily, with bare hands.

If this new video is an indication, Apple’s decision to craft the new devices out of its reinforced 7000 Series aluminum has largely paid off.

And with that in mind, I guess we can now finally put an end to #Bendgate.