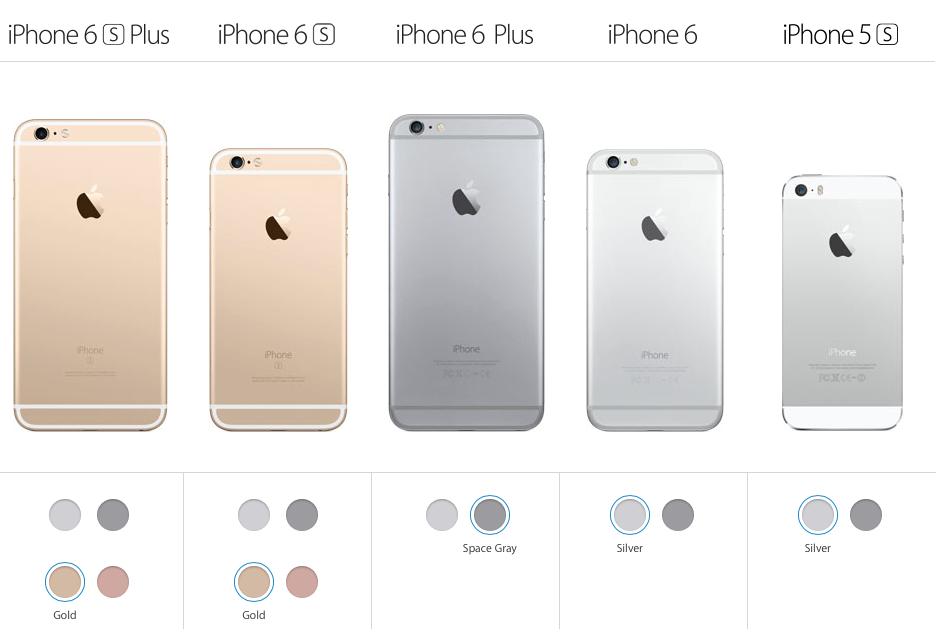 If you’re in the market for a new iPhone, and prefer the color gold, you’re going to have to spring for the new iPhone 6s (or its larger sibling). The gold version of the iPhone 6 and 6 Plus disappeared from Apple’s website this afternoon, and the company has confirmed with The Verge that its older handsets are no longer available in the color.

Now, this doesn’t mean that you won’t be able to find a gold iPhone 6, 6 Plus or 5s anywhere—carriers and third party retailers will obviously have their own inventory. But it looks like Apple is sending the message that it wants to reserve its most premium color for its latest devices—the iPad Air 2, mini 4 and Pro, and the new iPhone 6s.

Earlier today, Apple announced the iPhone 6s and 6s Plus with the faster A9 processor, significantly improved iSight and FaceTime cameras, and a new feature called 3D Touch. The handsets will be available for pre-order beginning early Saturday morning, and will start shipping on September 25 in both gold and the new rose gold colorways.