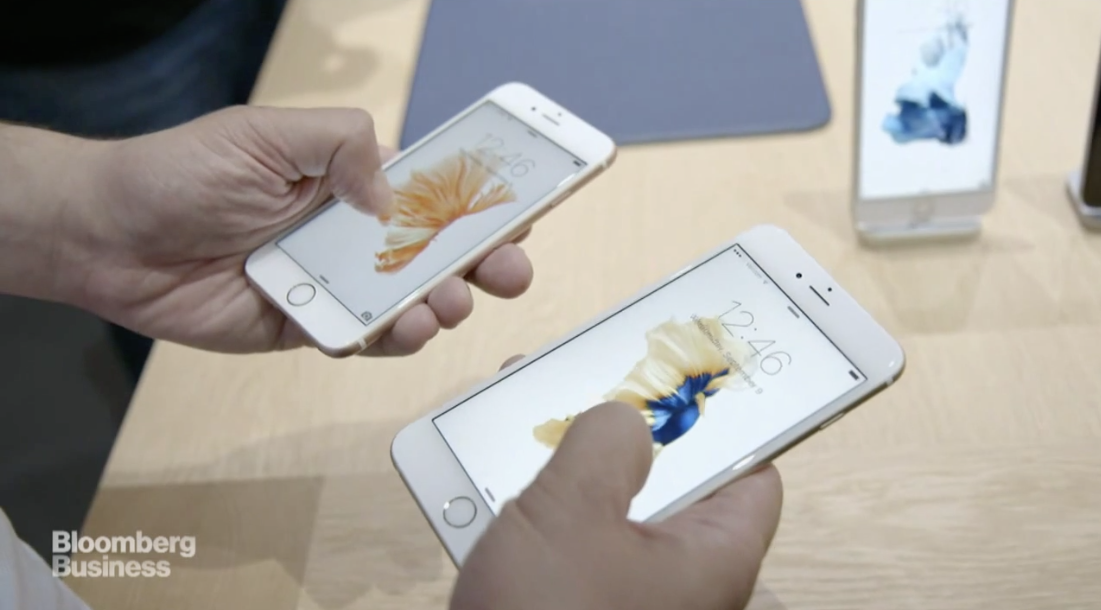 By now you probably feel like you know everything there is to know about Apple’s new iPhone, Apple TV and iPad Pro, but thus far, you’ve only seen the devices from either afar or in marketing materials. Sure, all products look good in staged or rendered settings, but what are they like in real life?

Following today’s event, Apple gave a select group of journalists the chance to spend some hands on time with the aforementioned iPhone, set-top box and iPad, in an effort to garner some initial feedback. So naturally, we’ve rounded up some of these first impressions in a single, digestible post.

There’s a consistent use case for 3D Touch: “peeking” into the thing that’s being linked. So you can peek in camera functions from the camera icon, you can peek at an email without opening it from your inbox, and you can peek at a website when somebody sends you a link. I expected that 3D Touch would be a slew of hidden menus and options, but so far Apple is always giving you hints about what you’ll get: a peek into whatever it is you’re pressing on. Smart.

Using Force Touch on the Apple Watch can be sort of weird because the Watch is a tiny target on your wrist. That’s obviously not the case here. The biggest compliment I can pay 3D Touch right now is that it feels completely natural.

The new rose gold finish may surprise some, given quite how pink it is. Maybe it’s the relatively small scale of the rose gold Apple Watch, but on the expanse of iPhone it looks almost salmon-like. Some will love it, others might find the finish they’ve been demanding isn’t exactly what they thought it would be.

Things get interesting when you turn the Phone 6s on. 3D Touch takes a little mental rejigging: I’m used to thinking in terms of “long-press” not “firm-press”. Once you’re familiar, though, it’s clear to see this could be the iPhone 6s’ most enduring feature.

[3D Touch] is an over-branded way of giving you quick access to the things you’re probably looking for by opening that app, or flipping into that email. I’d call it right-click for the iPhone, but that feels like a dig, so…actually yeah, it’s right-click for the iPhone. But that’s great! For a lot of users, it might remain a completely invisible piece of the software, an interface shortcut you never discover. If you never use it, your iPhone will work as it always has. But when you discover it, everything feels faster, more direct—it makes the iPhone a less like a collection of apps and more like a single, cohesive thing.

…The other big upgrade seems to be the camera, as per usual. The new 12-megapixel camera and 4K video recording are hard to measure in any useful way inside this gigantic demo room. But the photos and videos I’ve seen look insane. Like, incredible.

There’s a lot of impressive technology happening inside the Apple TV. The search works really well, letting me narrow down from “find me science fiction movies” to the exact Star Trek episode I was looking for. It’s fast, it’s as straightforward as the last one (which is to say, straightforward enough but a little overly spartan), and the remote works well.

Overall, it’s a welcome — and meaningful — upgrade to the Apple TV, but there’s nothing in this first look that makes it seem like it’s going to usher in a massive TV revolution. It’s now competitive with the latest from Roku, Amazon, and others, and the potential of real processing and graphics power coupled with the App Store is enormous, but it’s hard to say more until that stuff goes live.

I played the Apple rep a game of Crossy Road (which I thought was kinda like Frogger, but with chickens). I was impressed with how easy it was to control the movements of the game using the touchscreen at the top of the remote. I used side-to-side movements with my thumb over the touchscreen to move the chicken, then pressed the screen to make the chicken jump. It worked well, and I caught a hint of how addictive that game could be when played from the couch. Whole days could go by unnoticed.

The $99 Apple Pencil will appeal to those who want more precision, those who like to handwrite their notes, or artists and illustrators. The accessory is made primarily of white plastic that actually looks more like an Apple accessory from a decade ago during the company’s “white plastic” phase. The pen is light and easy to hold but a bit glossy and slippery and it doesn’t fit in particularly well with the rest of the iPad’s design.

That aside, while we were scribbling with it the pen seemed to work more or less as Apple described. It responded to light and firm presses, and as we tilted the pen the lines we were drawing changed. Palm and wrist rejection also seems to work well—at one point an Apple rep running a demo laid his entire forearm on the iPad’s screen without affecting the pencil. Apple includes an undisclosed number of replacement tips for the pencil, since they’ll wear down over time (the representative we talked to compared it to a ballpoint pen refill), and Apple will also sell replacement tips separately.

The accessory charges with a Lightning connector that plugs directly into the iPad Pro or an included dongle—this connector is used to pair the Apple Pencil with the iPad Pro the first time you use it. The connector is hidden under a removable magnetic cap at the top of the device. Apple says the pencil should last about 12 hours, and that in emergencies 15 seconds of charging can provide about 30 minutes of use.

I know we tech bloggers say this a lot in hands-on posts, but it feels lighter than it looks. That’s not to say I’d want to use this much in portrait mode; it feels a little too top-heavy in-hand. But in landscape, the height is actually on par with the iPad Air 2’s height in portrait mode; it’s just wider. That makes it pretty manageable in horizontal use. And while the iPad traditionally has been designed for portrait mode, I suspect is how most iPad Pro-optimized apps were actually meant to be used anyway.

The 12.9-inch display offers a lot of real estate. It’s slightly larger than the Microsoft Surface Pro 3 (12 inches) and has a higher resolution 2732 x 2048 Retina versus the Surface’s 2160 x 1440. This will make it a great companion for iOS 9’s new multi-tasking features. I saw a bit of this in action and noticed just how much space there is to work with. You’re not squeezing in a tiny web page on one side and a full size email window on the other. There’s really room to work. Photos and video also looked beautiful. And if you want to read news in the new News app, it looks and feels like you’re holding a magazine.

You don’t need an iPad Pro. But iPads are rarely necessary for anyone. Unless you lack a phone or PC, an iPad is always luxury tech. But the iPad Pro is some damn nice luxury. It’s fast, has an eye-popping high-res screen, sensible multitasking modes that increase its usability, and two accessories that make it useful to whole new groups of people.

Obviously these are just initial impressions, gleaned from a short amount of time with each product in a very controlled environment, so opinions could change in the coming weeks. Real world usage is a whole different ballgame—particularly for features like 3D Touch and Siri on Apple TV.

The iPhone 6s and 6s Plus will be available for pre-order on Saturday, but won’t land in retail stores until September 25. The other two products have far more vague launch dates, with Apple saying ‘late October’ for the Apple TV and sometime in November for the larger iPad Pro.