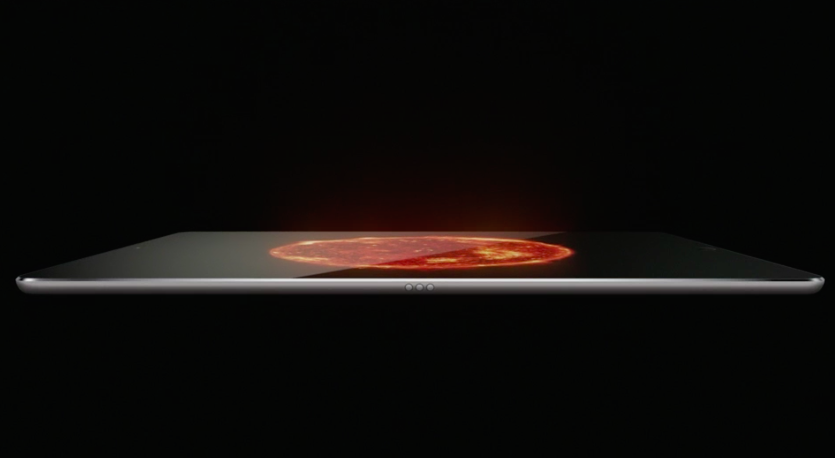 Today, Apple unveiled “the biggest news in iPad since the iPad,” as CEO Tim Cook put it. Yes, the iPad Pro gets real. It’s got the biggest screen in an iOS device measuring 12.9 inches diagonally and is driven by the fastest Apple-designed iOS device processor yet.

That screen has a 2,732-by-2,048 pixel resolution, which works out to5,6 million pixels—that’s more pixels than the 15-inch MacBook Pro with Retina display. 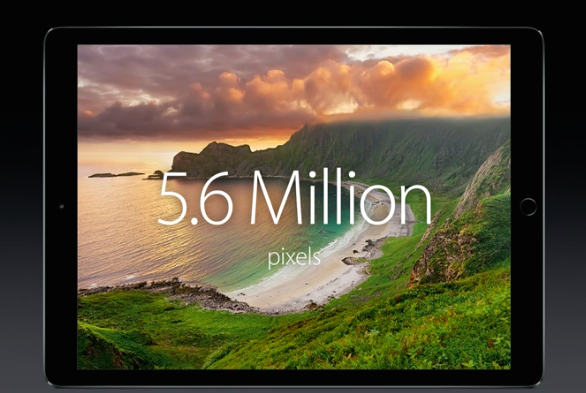 The screen uses technologies created for the 27-inch iMac with 5K Retina screen, sports an oxide TFT layer and has a variable refresh display rate, a first for the iPad. 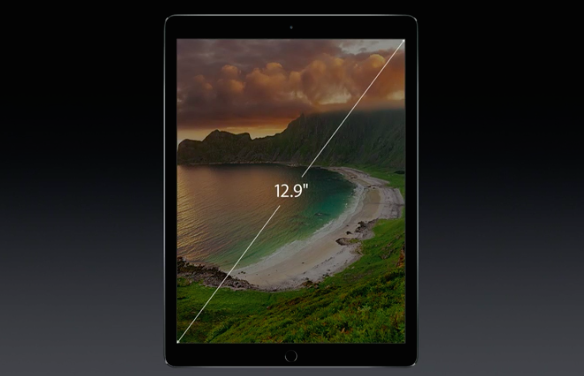 The device runs an Apple-designed ‘A9X’ processor with that provides double the bandwidth to the memory, double performance to flash storage and double the graphics over the iPad Air 2’s A8X processor. The A9X has more RAM than its predecessor, too. 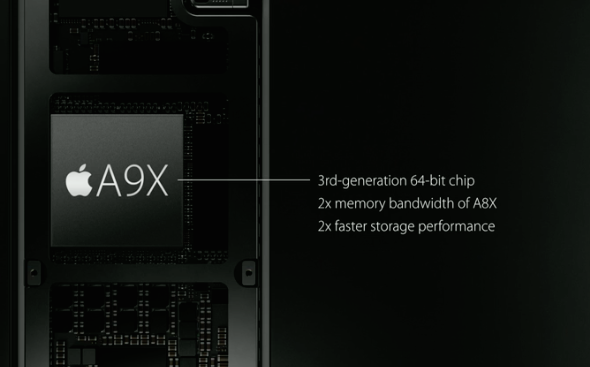 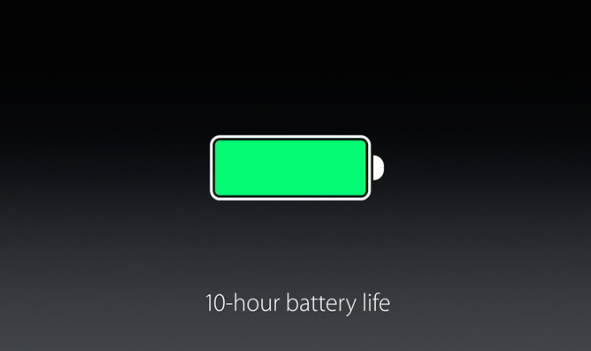 Apps like AutoDesk 360 from Autodesk can handle huge sets of data and iMovie can handle 4K video editing.

It has Touch ID and four stereo speakers, too, with three times the audio volume of the iPad Air 2’s speaker. The iPad Pro has the same 10-hour battery life, despite having a much more powerful hardware than any iPad before it.

Apple also said that a new keyboard accessory called the Smart Keyboard will be available for the iPad Pro. It’s interesting that the iPad Pro has a new type of connector based on three new circles running around the sides of the device. 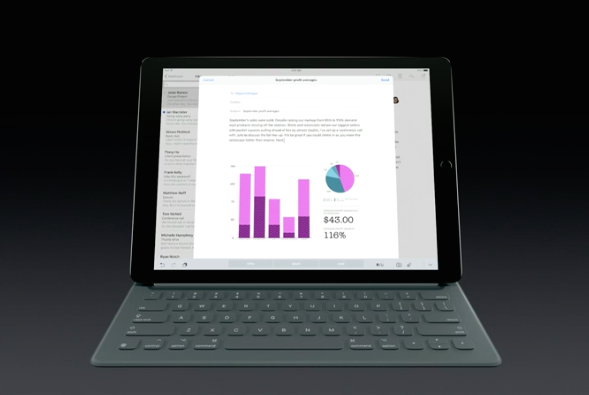 They’re calling it the Smart Connector and it carries power, data and connects magnetically to the keyboard, with the software automatically adapting to the physical keyboard. 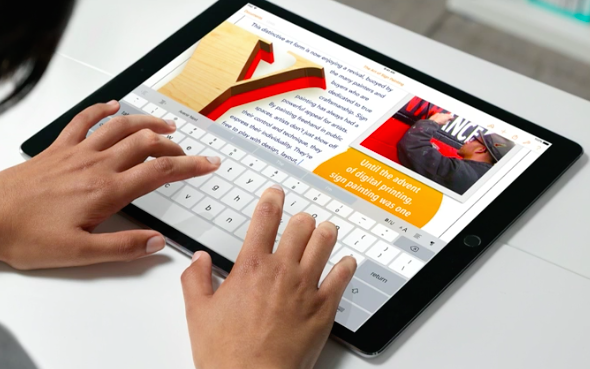 The rumors were true: Apple now has a stylus of its own.

The Apple Pencil uses highly responsive sensors inside the tip to detect position, force and tilt. 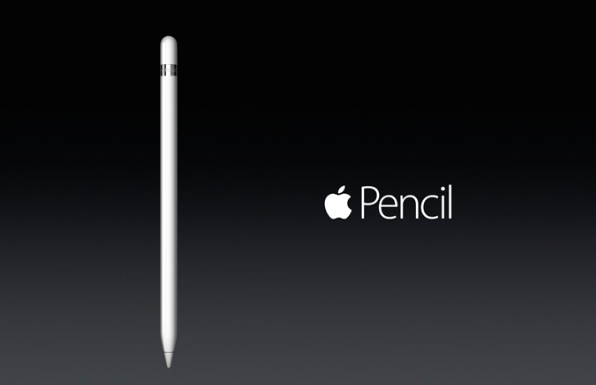 The Apple Pencil has a built-in battery, features a Lightning connector to connect directly into iPad Pro for charging and is highly responsive so it should really feel natural to draw curved shapes and more. 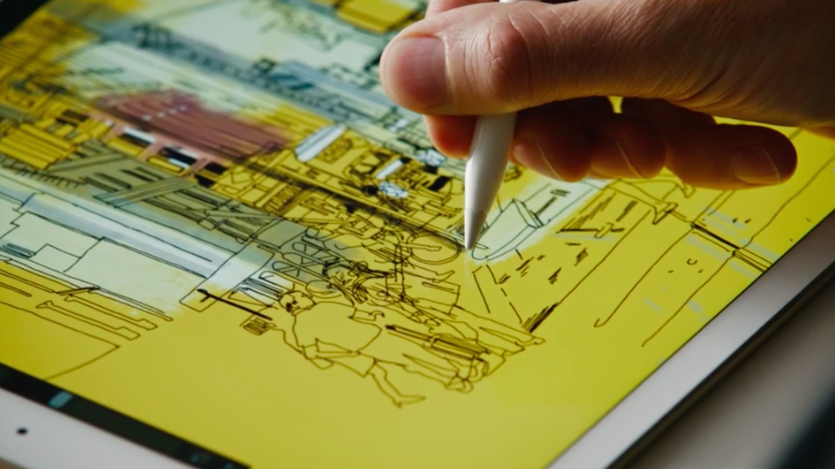 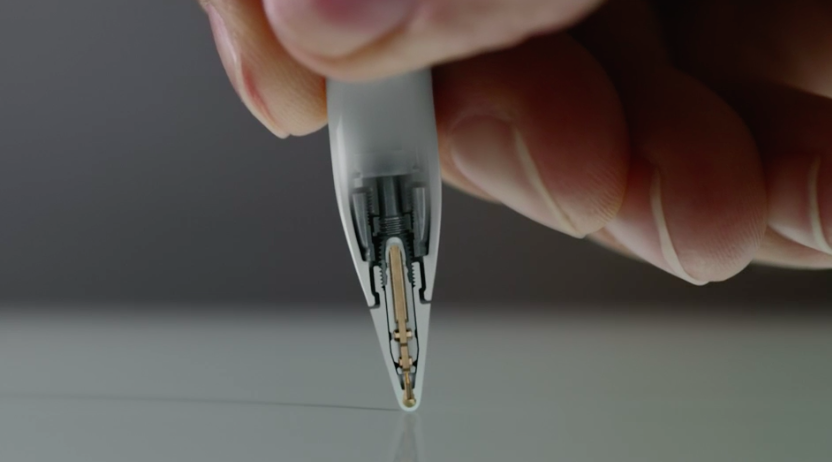 Lastly, the demo session ended with a dedicated body anatomy app for the iPad Pro from 3D4Medical that supports the Apple Stylus for “pinpoint precision editing” with 3D editing made possible via the stylus’s force-sensing support.

So, what do you think so far about the new iPad?