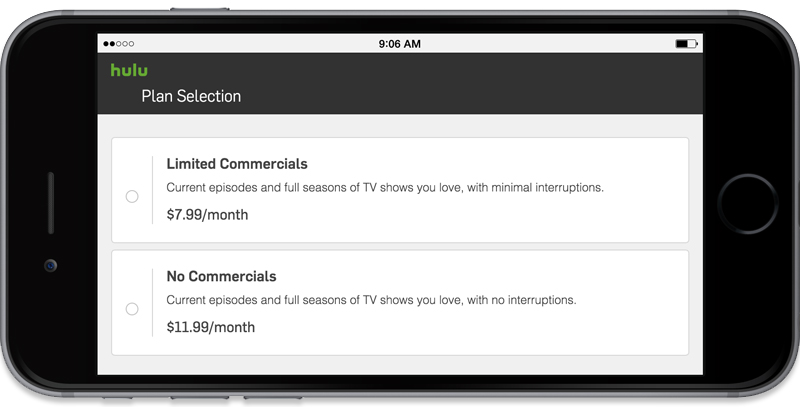 Unlike Amazon and Netflix who stream commercial-free movies and television shows in exchange for a monthly fee, Hulu’s existing $7.99 per month plan includes limited advertising. Wednesday, Hulu unveiled a new monthly plan that gets rid of all advertising for an extra $4 a month.

As noted in Hulu’s media release, commercial-free viewing is available to both new and existing customers for a monthly fee of $11.99.

Due to streaming rights, some shows are not included in the new plan, such as Grey’s Anatomy, Once Upon A Time, Marvel’s Agents of S.H.I.E.L.D., Scandal, New Girl, Grimm and How To Get Away With Murder.

The fine print notes that subscribers can still watch these shows interruption-free, though a short commercial will play before and after each episode. As mentioned, Hulu’s $7.99 per month plan with limited commercials remains available.

“For viewers who choose to watch content with limited commercials, Hulu will continue to show fewer commercials than scheduled television,” Hulu said. A Showtime premium add-on is available for an additional $8.99 per month. 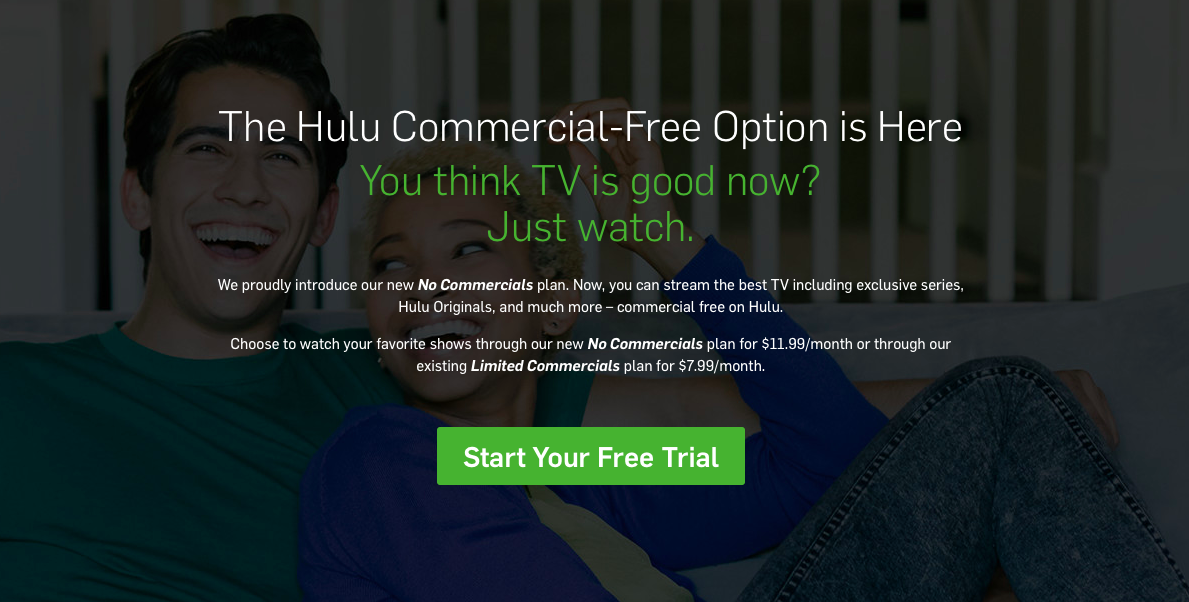 The service recently signed a multi-year agreement with EPIX to bring premium and hit films from Lionsgate, MGM and Paramount to Hulu for the first time. In addition, Hulu is making some strong investment in original programming.

Hulu is available across a range of many different platforms, including on your desktop via a browser, through the Apple TV, as well as on iPhone, iPod touch and iPad hardware via a free of charge iOS app.