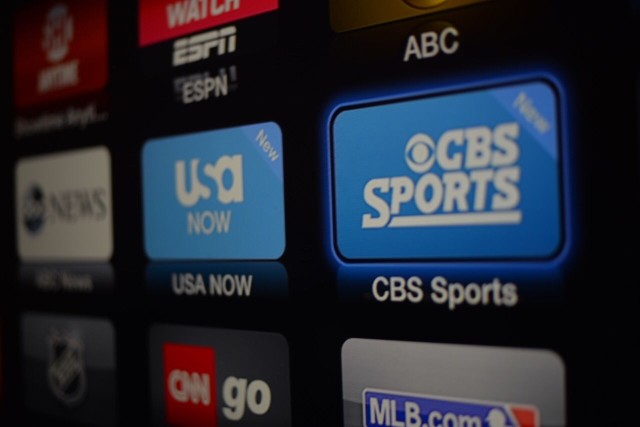 CBS Sports announced on Tuesday that it will be streaming an expanded schedule of NFL coverage this year to a wide range of devices, including Apple TV. The new schedule features two regular season games, four playoff games and Super Bowl 50.

This will be the first time ever CBS offers free live streams of regular season NFL games. Coverage begins with the New York Jets and Miami in London on October 4, and continues with the Carolina Panthers vs. the Dallas Cowboys on Thanksgiving Day.

“We’re very excited to offer more NFL ON CBS streaming coverage across more digital platforms than ever before,” said Jeffrey Gerttula, SVP of CBS Sports Digital. “All NFL fans will have access through their computers, tablets and now Connected TVs.”

Notice that Gerttula doesn’t say anything about smartphones. It looks like Verizon’s exclusive mobile deal with the NFL is still in place, meaning the only way to legally watch NFL games on your handset is via the NFL Mobile app for Verizon customers.

At any rate, CBS’ announcement is still a big win for cord-cutters and potential cord-cutters, who often cite the lack of live sporting events as a reason for not getting rid of cable. And the fact that it’ll be available on streaming devices is a big win for Apple.

On Wednesday, September 9, Apple is expected to unveil a new Apple TV. The device is said to be far more powerful than the company’s current set-top box, and far more capable with features like a new remote control, Siri support and a full, native App Store.