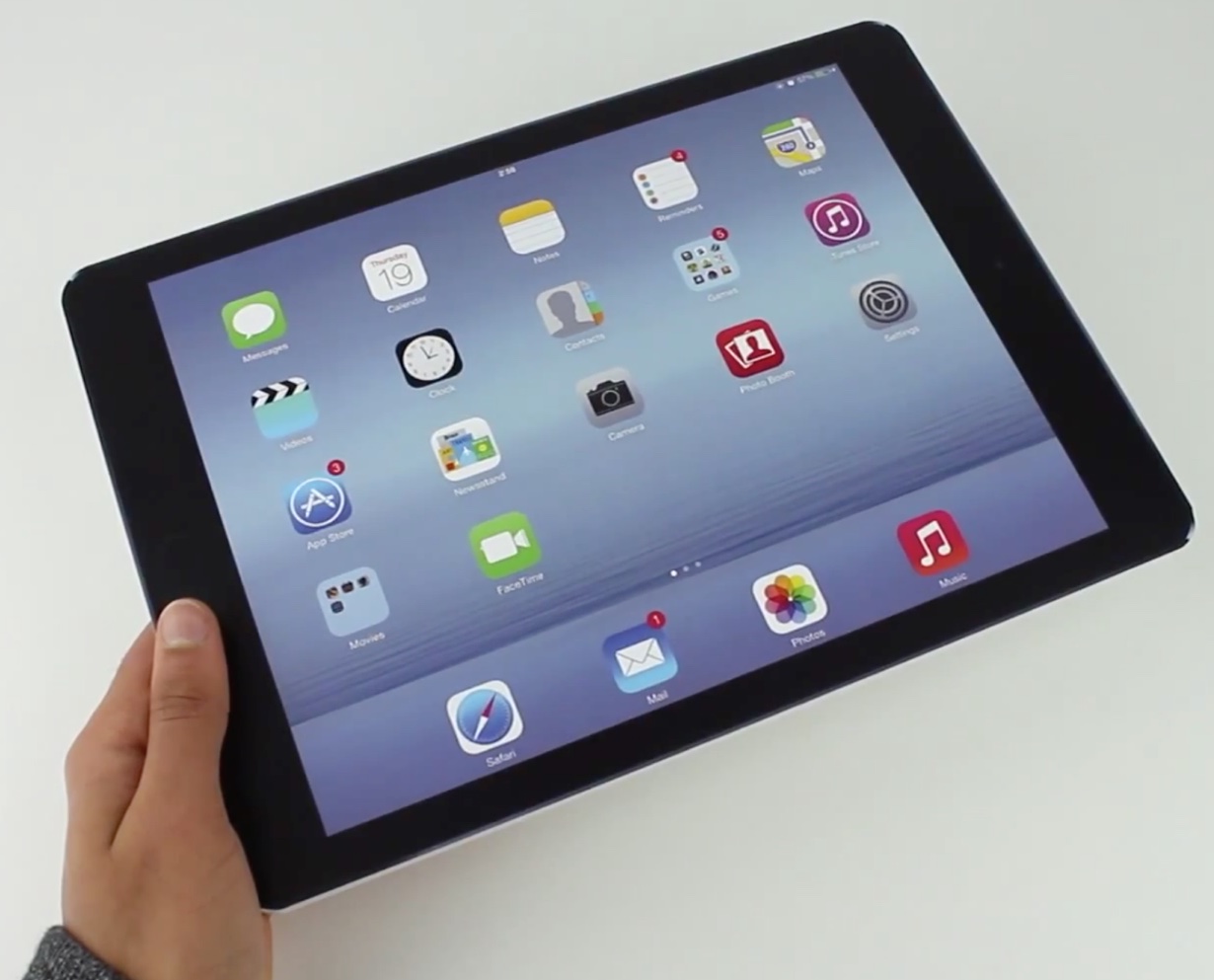 The plot is thickening following yesterday’s analyst report that Apple’s larger-screened iPad is entering mass production in September and October and recent sightings of an unreleased “iPad6,8” model with a screen resolution of 2,732-by-2,048 pixels in commercial app analytics data.

According to Asian trade publication DigiTimes, Japanese giant Sharp and Foxconn, the world’s top product assembler, will be supplying touch modules for the larger iPad, tentatively dubbed by the press the iPad Pro.

Both Sharp and General Interface Solution (GIS), a Foxconn subsidiary, will build, assemble and laminate touch modules for the device. The report also corroborates KGI Securities’ analysis yesterday that the iPad Pro is bound to enter production this fall.

“The device will enter production by the end of the third quarter and go into mass production in the fourth,” said DigiTimes. In addition to Sharp and Foxconn, Samsung Display and TPK will be secondary suppliers, with TPK responsible for touch modules and Samsung for displays as well as LCD assembly.

Shipments of the iPad Pro are said to reach between four and five million units in 2015. The device should release in the fourth quarter of this year, in time for the holiday shopping season.

Given that the tablet market has cratered and iPads have been losing share for a few consequential quarters now, Apple could regain some of the lost ground by marketing the iPad Pro to business customers and the enterprise market.

KGI Securities analyst Ming-Chi Kuo write in yesterday’s note to clients that the iPad Pro will include an optional stylus accessory designed by Apple that features support for Force Touch to help users navigate the iPad Pro’s screen more easily.

As for the device itself, it should have a screen measuring between 12.2 and 12.9-inches diagonally, run a faster “A9” or “A9X” chip with 2GB of RAM, include stereo speakers and possibly a stronger body made from 7000 Series aluminum.

Apple should announce new products, namely the iPhone 6s and iPhone 6s Plus, as well as refreshed iPads and a next-generation Apple TV, at a rumored media event on Wednesday, September 9.