An elemental composition analysis of a claimed iPhone 6s shell performed by MacRumors gives us a deeper insight into the next iPhones’ Bendgate-proof body.

For starters, the claimed part showed high iron levels of around eight percent on average. Not only does using iron enhance durability but makes the material easier to work with during the casting process.

“We’ve been told that some iron can be introduced into the shell during the milling process, which can account for some of the variability in measurements shared with MacRumors,” notes the publication.

Electron microscope images of the iPhone 6s shell prove that the chassis is covered with a roughly 10-micron thick anodized aluminum oxide layer to help protect against corrosion while making it easier to add colors.

Putting it under a microscope

You can clearly see the aforementioned 10-micron thick anodization layer with lighter aluminum color on the photo below. 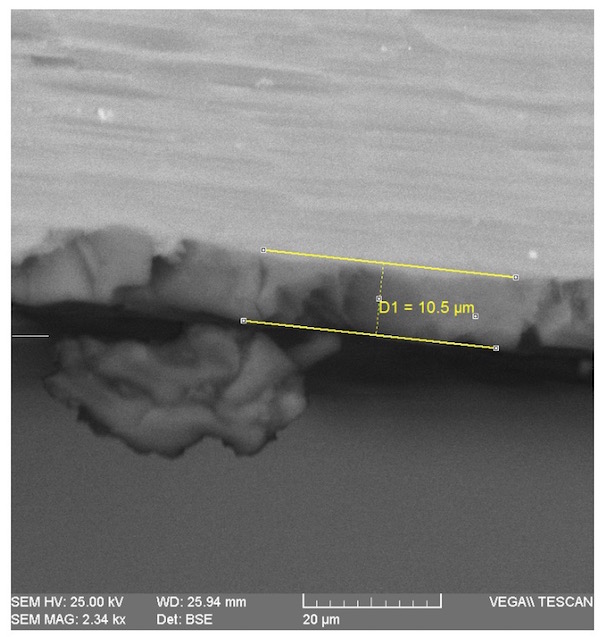 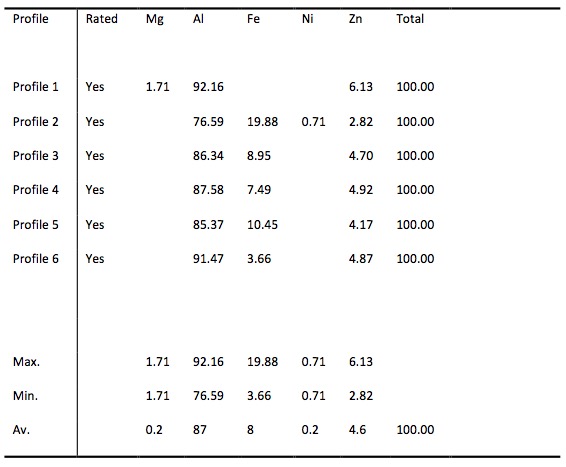 “It appears that the iPhone 6s (and likely the iPhone 6s Plus) will be made out of a completely different alloy than the iPhone 6,” said Unbox Therapy, which last fall published a widely circulated video in which he bent an iPhone 6 Plus with his bear hands.

A video the YouTuber published today is showing results similar to MacRumors’.

“Based on the evidence gathered it’s likely that the upcoming iPhone 6s and iPhone 6s Plus will utilize a stronger 7000 series aluminum. This change will likely produce a more durable iPhone but it may be more costly to produce.”

For those wondering, the present-generation iPhone 6 and iPhone 6 Plus also incorporate a body made from a custom alloy referred to as 6000 Series aluminum.