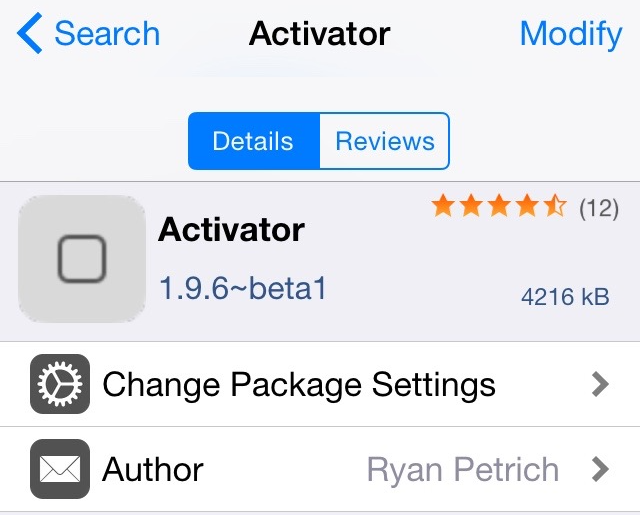 Cydia Ratings is an awesome new beta jailbreak tweak that brings an App Store-inspired ratings interface to all of your favorite Cydia tweaks.

Ever since Cydia debuted, there’s never been a real way to go about rating the tweaks housed inside. Users are thus made to either take the plunge on a tweak without knowing how good it is, or wait for a review from iDB. Now, with Cydia Reviews, users will have a legitimate way of reviewing and reading reviews for all of the tweaks available on Cydia.

As mentioned, Cydia Ratings is currently in beta, which means you won’t find it on the default Cydia repos. To install Cydia Ratings, you’ll need to add the following repo to your Cydia sources:

Once you add the source to Cydia, you should find the Cydia Ratings package.

Once Cydia Ratings is installed, there are no options or settings to configure. You should immediately see ratings on all of the packages available in Cydia.

Cydia Ratings requires that you login with your Facebook account in order to submit a new rating. Unfortunately, I was unable to test this out because, although I was able to login with Facebook, Cydia Ratings didn’t recognize that I had done so. Again, this tweak is still in beta, so hiccups like this are to be expected.

The look of Cydia Ratings is very promising, though. Already, several reviews have been posted for various tweaks. I looked at Activator’s page, and noticed a bunch of reviews along with star ratings. 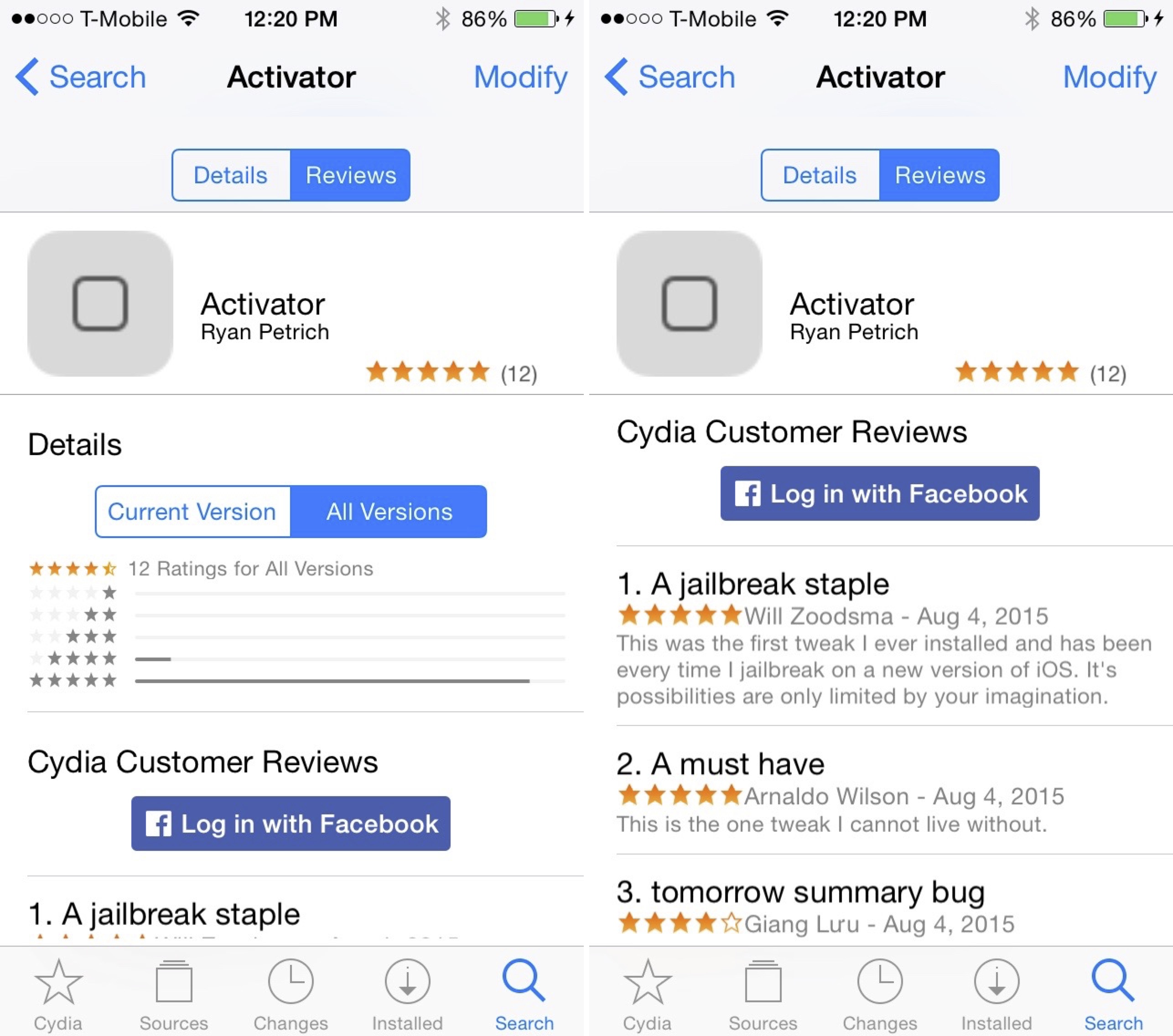 Cydia Ratings is even smart enough to differentiate the current version reviews from the cumulative reviews—just like the App Store. It’s possible to leave both a star rating (1-5) and a text-based rating for more elaborate reviews.

Of course, Cydia Ratings will only be as good as the number of users that support it. With a third-party tweak like this, it’s going to require that everyone install the tweak in order to submit reviews. If a user doesn’t have Cydia Ratings installed, then they will not be able to leave reviews or see reviews.

If enough people can hop on board with this, then I can see Cydia Ratings becoming a real asset to the jailbreak community. But again, the people are going to have to support it to make it work, and it remains to be seen if there will be enough willing participants to make that happen.

What do you think about Cydia Ratings? Would you support it?