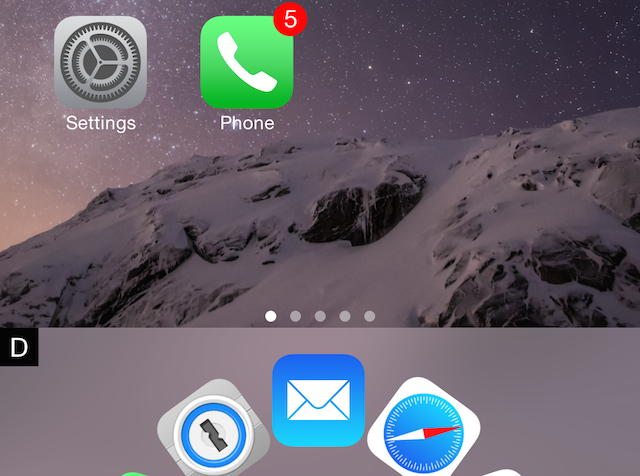 CirDock is a recently released tweak that provides the iOS dock with new carousel animations, a larger capacity, and three user-toggle-able modes.

Like similar dock-oriented jailbreak tweaks, CirDock provides users with different animation styles such as Linear, Rotary, Time Machine, Cover Flow, etc. In all, there are nearly a dozen carousel animations to be found.

Although having a customizable dock with more than 4 app icons and custom animations may sound run of the mill in 2015, it’s really CirDock’s filter feature that makes the tweak stand out among the rest. Check out the details in this post for the full scoop. 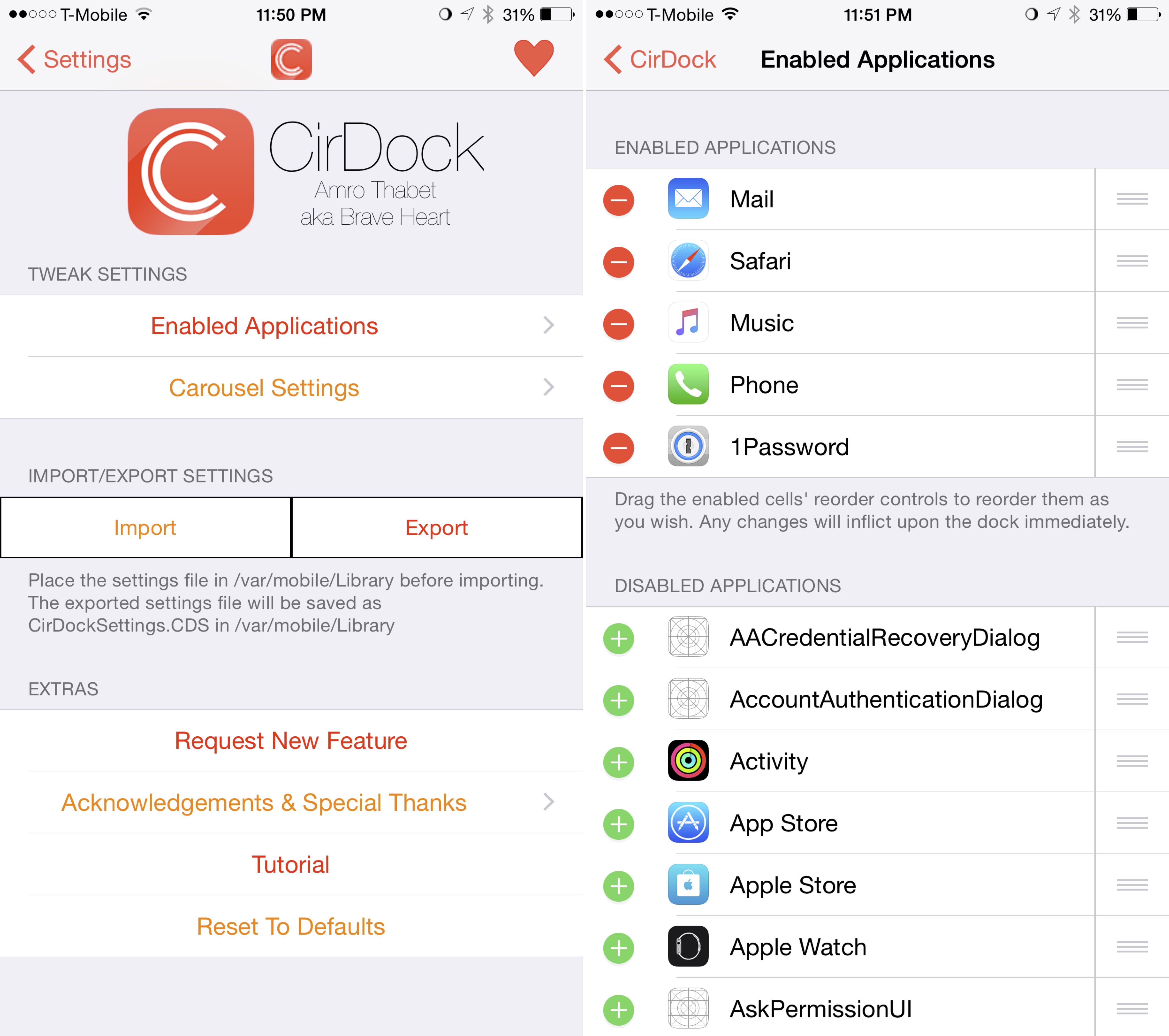 Hold actions are customizable filters that allow you to switch between multiple docks. In CirDock, you basically have up to three docks that you can switch between at any time using a tap and hold gesture on the dock. These docks include:

By tapping and holding on the dock, you can switch between the standard dock, with all of your standard pre-configured apps, a favorites dock, which only includes your favorite applications, and the badged items dock, which lists all apps with pending badge notifications.

Outside of CirDock’s filters, there are additional settings for changing the look of the carousel. You can remove icon labels, icon badges, and you also have the ability to highlight running apps. 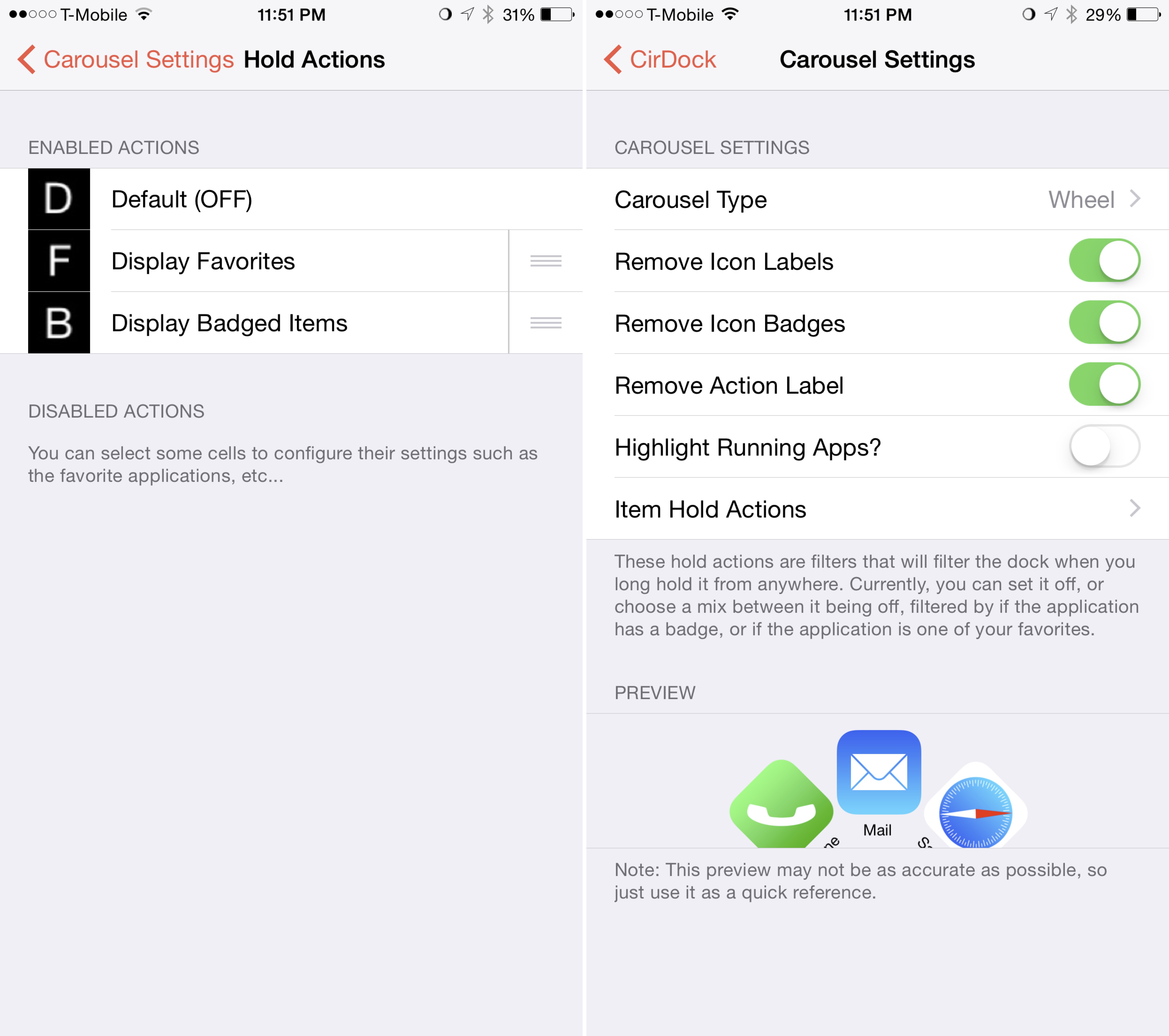 Upon installing CirDock, you’re asked to open the tweak’s Settings and select the Enabled Applications section in order to configure the applications that appear in the dock. With CirDock installed, apps can no longer be dragged into the dock while in wiggle mode. CirDock is its own entity and thus separated from the SpringBoard.

Once CirDock is configured, you have the ability to export your settings, which can later be imported if the need should arise.

CirDock is a simple tweak with a twist. Its filtering ability gives it a leg up on similar tweaks, and makes this release truly unique.

If you’d like to take CirDock for a spin, mosey on over to the BigBoss repo on Cydia where it can be had for $1.00.

What are your thoughts on CirDock?