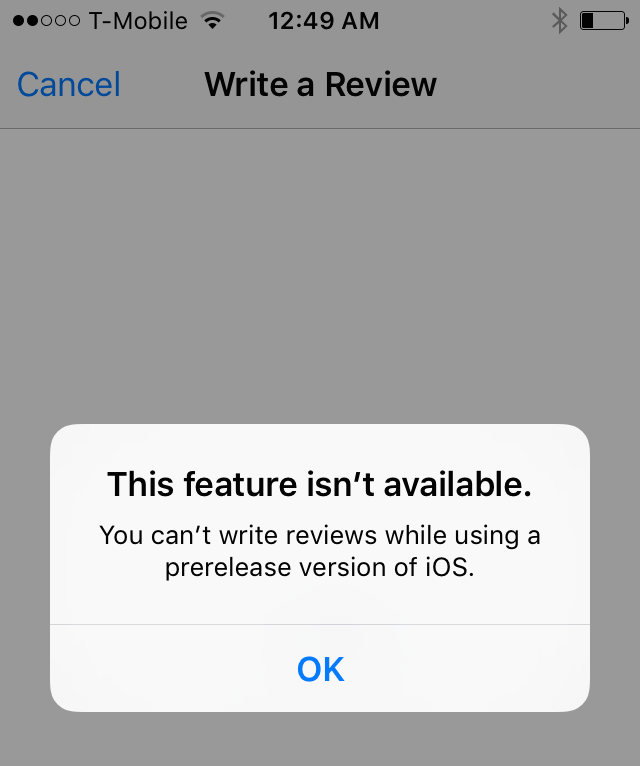 I think this can definitely warrant a finally. Apple has disabled the ability for users to leave app reviews in the App Store while running iOS betas.

The change seems to be retroactive, as I tested it from both the just-released iOS 9 beta 4 and the previous beta 3, and both throw up errors that the review feature isn’t available while running a prerelease version of iOS.

The ability for users to leave reviews of apps while running beta versions of iOS has long been a thorn in the side of developers. Often times apps that are currently on the App Store aren’t compatible with iOS betas, or at the very least, they have bugs. This is, of course, no fault of the developer, as the app works fine on publicly available iOS versions.

Many have long wondered why Apple ever allowed reviews from users running beta iOS versions, but it seemed to fall on deaf ears…until now.

What do you think about Apple’s decision to eliminate reviews stemming from users running iOS betas? Is it a good move, or do you prefer things how they were before?