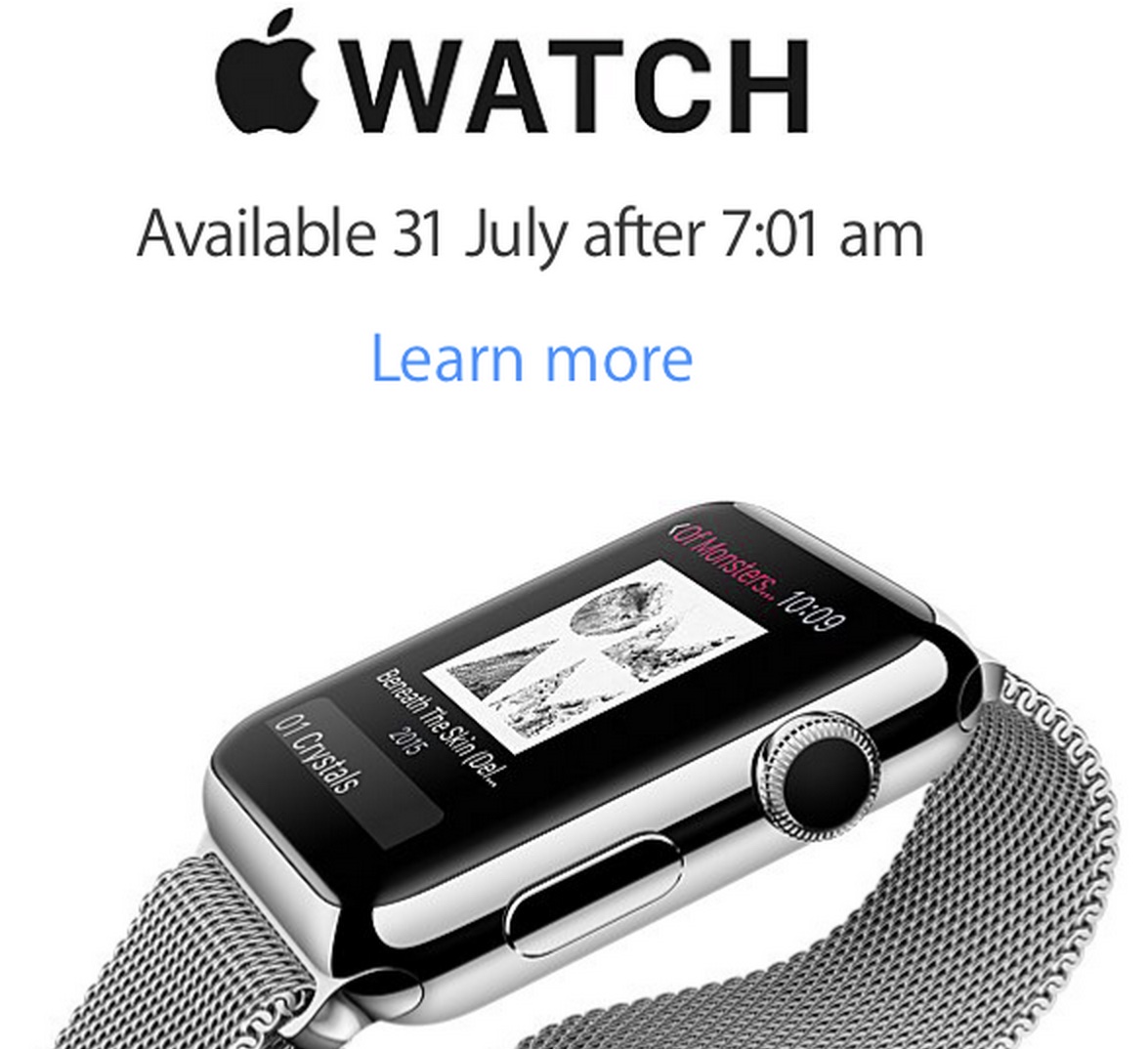 The Apple Watch world tour continues with the impending release in New Zealand on Friday, July 31, starting at 7:01am local time. The release date has been confirmed via an updated product page within the official Apple Store shopping app for the iPhone and iPad, as first discovered by 9to5Mac.

Apple has yet to issue a press release announcing an expanded Apple Watch availability in New Zealand.

The New Zealand launch would be presumably in addition to a few other new markets, too. The wrist-worn device originally launched in April in select markets, including the United States, the United Kingdom, Australia, Canada, China, France, Germany, Hong Kong and Japan.

Walk-in Apple Watch purchases should be available in New Zealand for customers who would reserve their model through Apple’s Reserve & Pickup Apple Watch service.

We also know, based on notices on regional Apple Online Stores, that the watch will hit The Netherlands, Sweden and Thailand this coming Friday, July 17.

A curated selection of Apple Watch models is available from select retailers like 10 Corso Como in Milan, BOONTHESHOP Cheongdam in Seoul and Malmaison by The Hour Glass in Singapore.