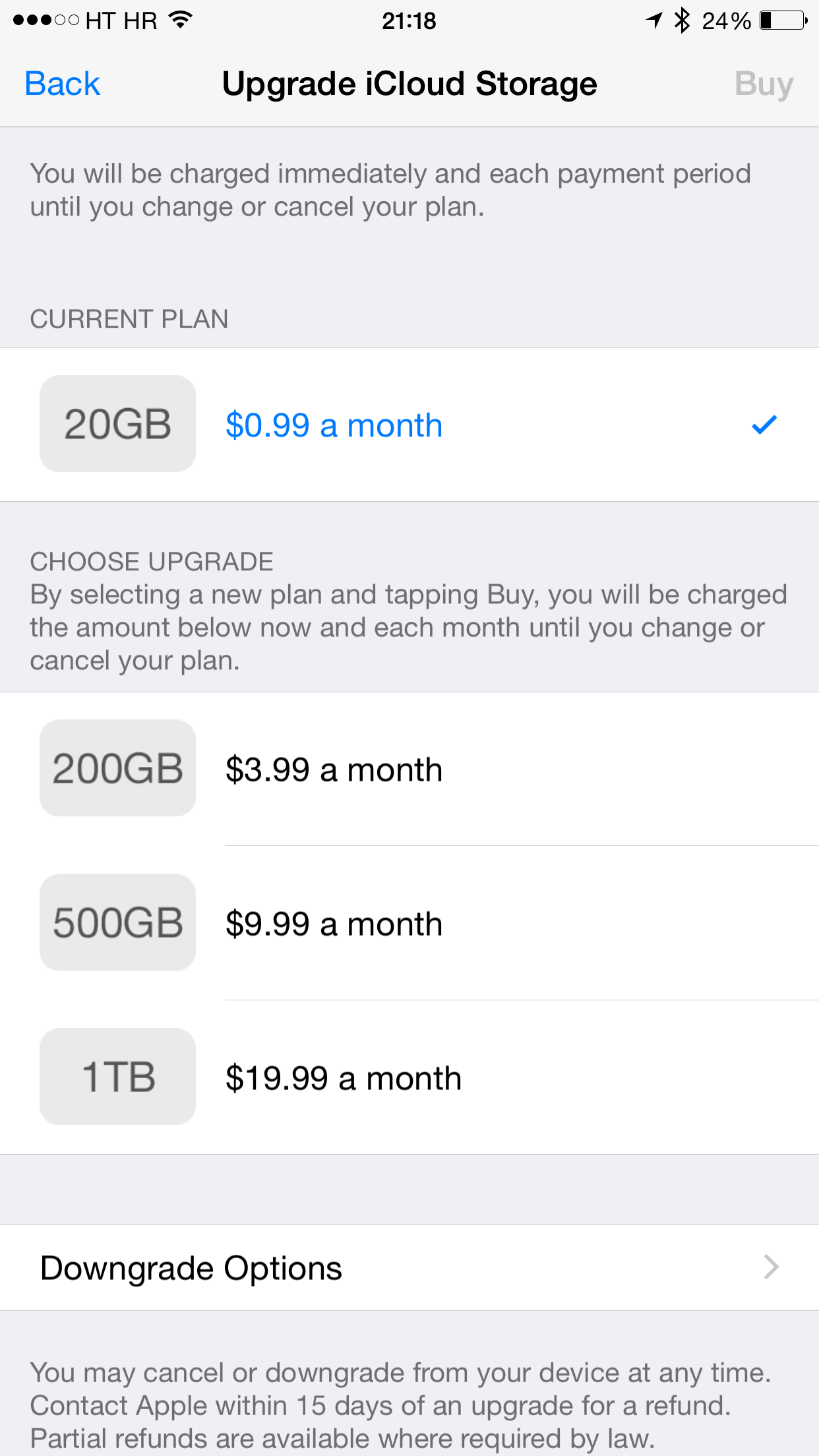 Due to the ongoing financial turmoil in Greece which has spawned uncertainty over the country’s seemingly looming bankruptcy, Apple has decided not to charge its Greek customers for their iCloud storage for a month, local blog iPhoneHellas reported this weekend.

After Greece’s creditors prompted the government to implement capital controls in the country, customers grew worried that they would lose access to their iCloud data such as photos, contacts and more as iTunes would not be able to charge their credit cards for paid cloud storage.

“Our sympathies are with our customers in Greece who have experienced an interruption in their iCloud accounts as a results of the fiscal crisis,” an Apple representative told CNBC.

Realizing as much, Apple has decided to appease Greek customers by providing a free 30-day extension for their paid iCloud storage. The iCloud team wrote in an email blast to customers in Greece that Apple won’t attempt to charge them for their plan “until 30 days after your original renewal date.”

“To prevent interruption in your iCloud service during the current fiscal crisis, and to make sure you have access to your content, we’ve extended your iCloud storage plan for an extra 30 days at no additional cost,” reads Apple’s email.

Capital controls in the country limit cash withdrawals to €60 per day, or about $66. International payments via credit cards and services like PayPal have been put on hold as a result of the financial crisis.

However, Greek customers can still pay for their iCloud storage with an iTunes gift card.

“If we are unable to renew your plan” following the expiration of the 30-day extension, “you may need to reduce the amount of iCloud storage you use,” cautions the Cupertino firm, suggesting those paid iCloud storage accounts would get downgraded to the free 5GB tier.

“On June 30, we tried to charge your account for your iCloud space of 20GB, but there is a problem with your payment details,” as per an email message one customers received from Apple, quoted by Bloomberg News last week.

“If we don’t manage to renew your subscription, your account will be downgraded to the free 5GB space program,” cautioned the message.

According to Tech.eu, Google, Amazon, GoDaddy and a number of other Western companies have provided an extension period for Greek users until August 1.

Though stricter economic controls imposed on the 11 million people marked bar Apple from legally accepting payments from Greek iTunes account holders, residents of Greece with a US iTunes Store account and a valid non-Greek payment method (such as a prepaid/gift card, iTunes credit or a US-issued credit card) are unaffected by this issue.

On the other hand, as Greek iTunes accounts currently cannot remove local credit card information, those customers may be prevented from updating software on their devices until they have a chargeable credit card on file with iTunes.