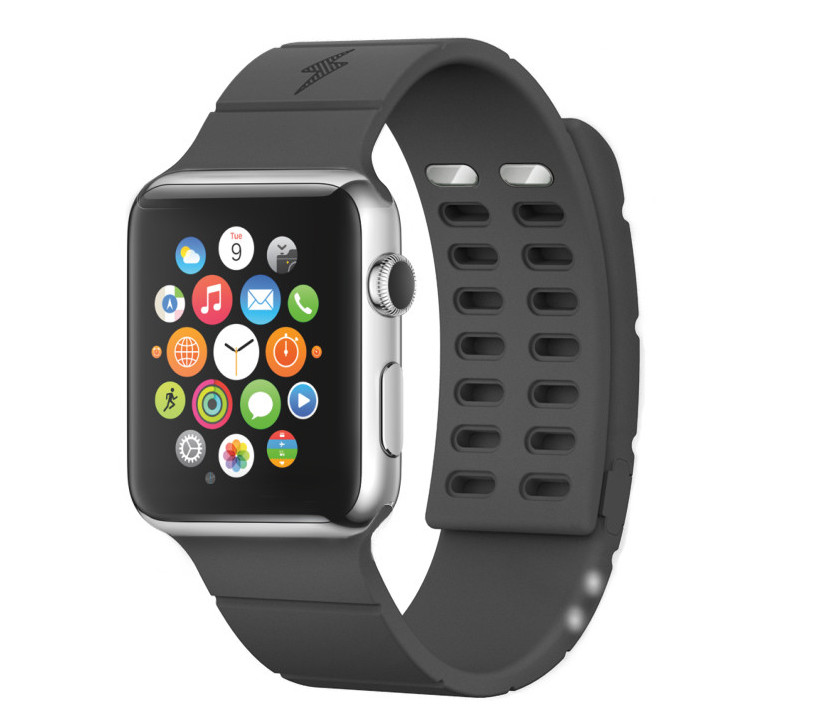 In March, developers Lane Musgrave and John Arrow announced that they were working on a battery band for the Apple Watch. Not many details were available at the time, but now that the Watch has been out for a few months, the team is ready to make things official.

Meet the Reserve Strap. It’s a band that charges your Apple Watch using embedded batteries and a connection to the device’s hidden accessory port. Musgrave and Arrow claim that their product is capable of adding more than 30 additional hours of battery life to your Watch. 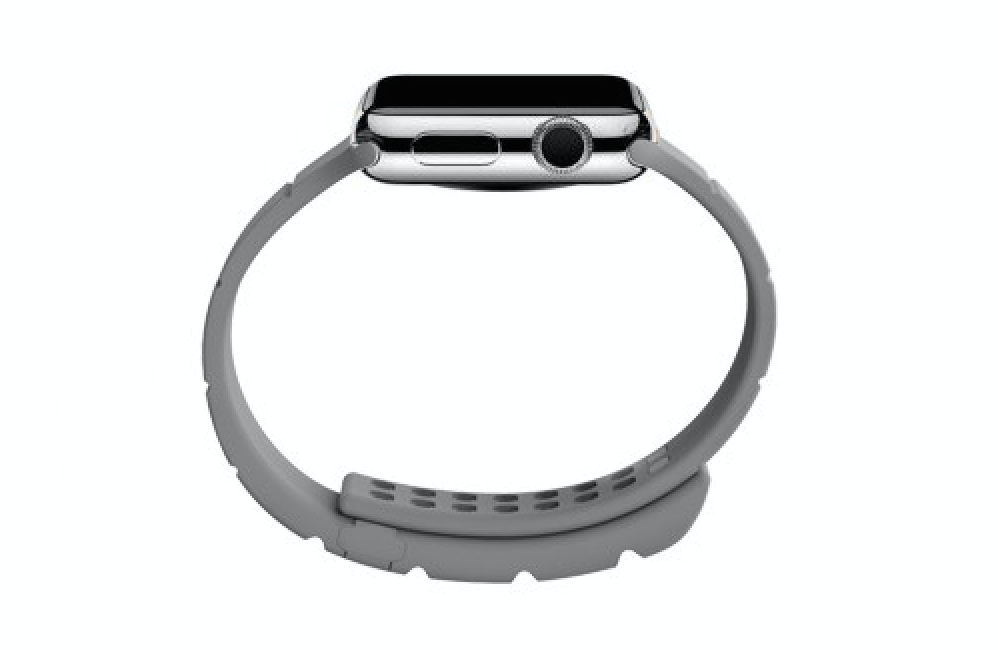 The Reserve Strap weighs 65G, is 25mm wide, and measures between 3-9mm thick. It’s made of a specialized Thermoset Elastomer Silicone that comes in white, gray and black colorways; fits both 38mm and 42mm Watch sizes; and adheres to Apple’s Band Design Guidelines.

It’s also worth noting that Reserve Strap is as resistant to water as Apple Watch, and it won’t affect any of Watch’s functionality, such as its sensors. It recharges via micro USB, and features a passthrough system so you can leave it on your Watch and charge both devices at the same time.

Here’s more on how it works: