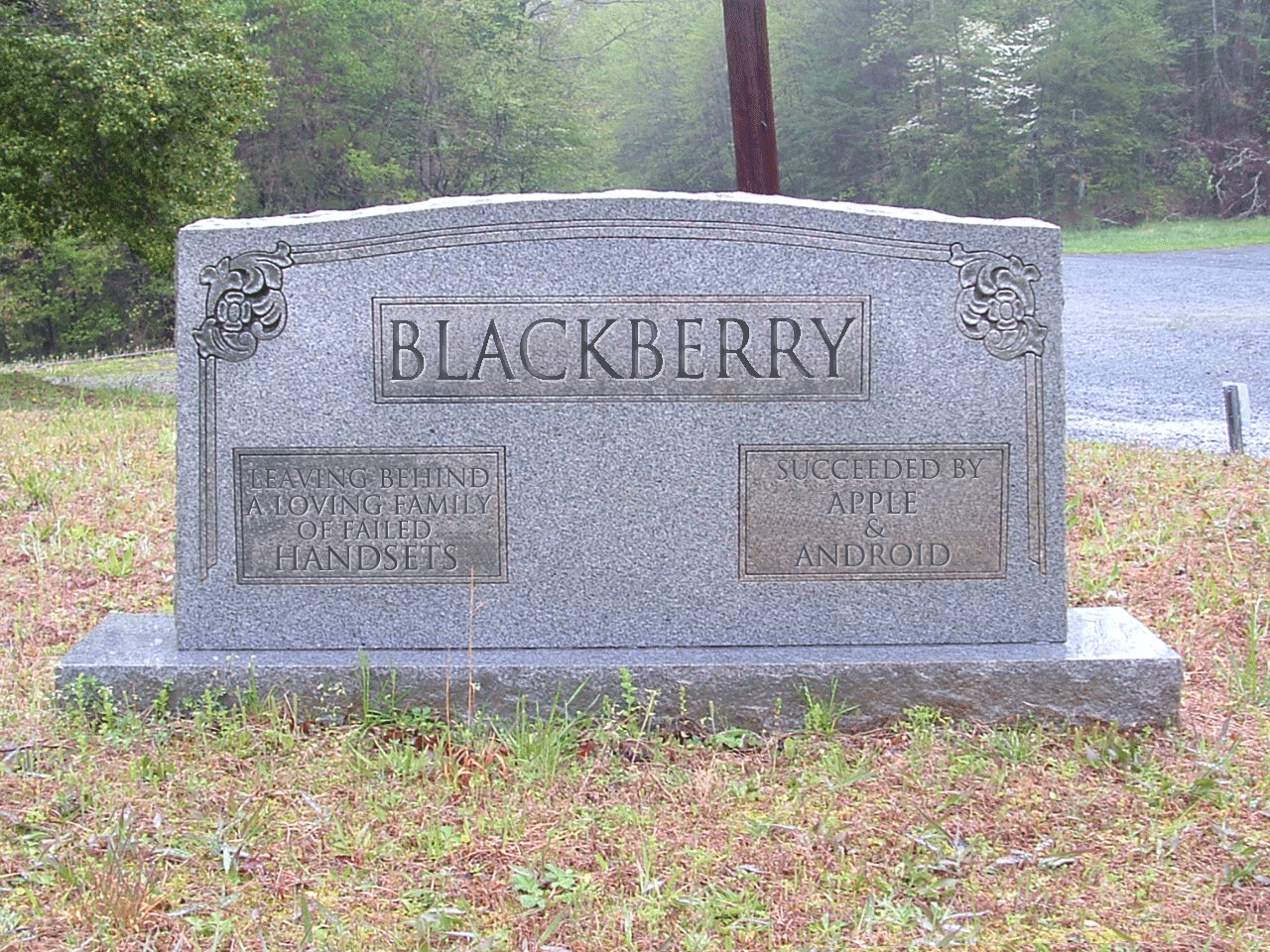 Research In Motion saw its fortunes spectacularly erased in a few short years following the iPhone’s release in the summer of 2007. Fast-forward to 2015 and the company is now considering  putting Google’s Android software on its phones in a complete U-turn for the Canadian handset maker, according to a report Friday by Reuters.

It’s unclear whether the rumored switch would spell the end of the company’s own BlackBerry 10 mobile operating system.

RIM once dominated smartphone sales but now has a market share of less than one percent. Moreover, a former BlackBerry CEO has publicly admitted that Apple’s iPhone has single-handily killed his company’s treasured BlackBerry family of smartphones famed for their enterprise security and clickety-clack keyboards.

“BlackBerry will probably use Android on an upcoming slider device that is likely to be released this autumn,” reads the report. “The slider will combine a touch screen with a physical keyboard that users can use if they prefer.”

It could come with some of the patented features in the company’s BlackBerry 10 software, according to four sources familiar with the matter who posit that the move to use Android is part of RIM’s focus on software and device management rather than hardware sales.

“We don’t comment on rumors and speculation, but we remain committed to the BlackBerry 10 operating system, which provides security and productivity benefits that are unmatched,” said the firm in an email.

Former RIM co-CEO Jim Balsillie has publicly admitted that the iPhone has killed BlackBerry smartphones, saying he knew RIM couldn’t compete with the iPhone after BlackBerry’s buggy Storm smartphone which had a screen that clicked when pressed had a “100 percent return rate,” according to The Associated Press.

Here’s one of the Storm ads that attempted to push the handset.

“With Storm we tried to do too much. It was a touch display, it was a clickable display, it had new applications, and it was all done in an incredibly short period of time and it blew up on us,” Balsillie said.

“That was the time I knew we couldn’t compete on high end hardware.”

His comment came during a Q&A session with journalists Jacquie McNish and Sean Silcoff, the authors of the book on BlackBerry’s demise titled “Losing the Signal: The Untold Story Behind the Extraordinary Rise and Spectacular Fall of BlackBerry”.

It marks the first time Balsillie has spoken publicly about RIM since leaving the company, its board and selling all his stock in 2012.

“Losing the Signal” is available on Amazon.com and Apple’s iBooks Store.