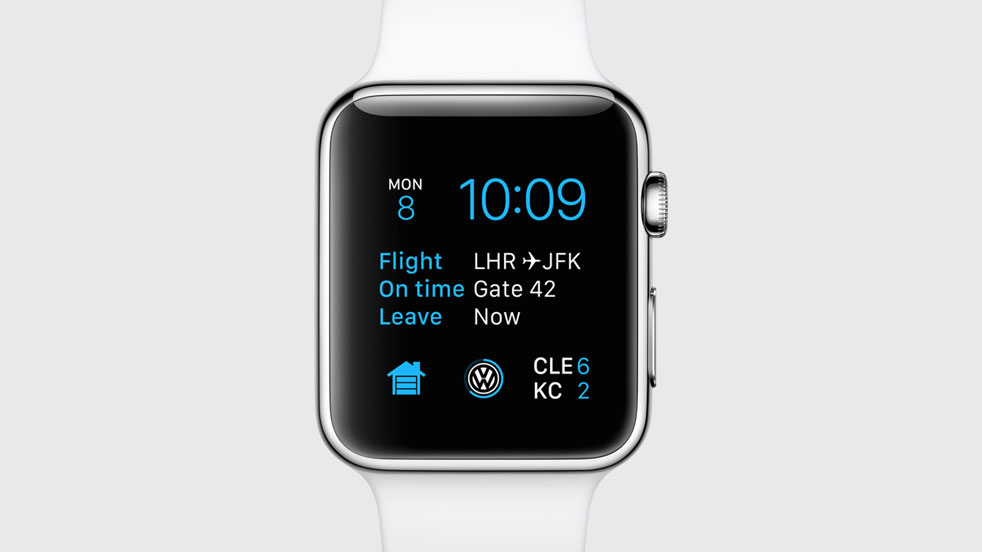 Now that it’s done talking about OS X El Capitan and iOS 9, Apple has moved on to watchOS. In previewing the Apple Watch’s first major software update, the company has announced several new features including support for third party complications.

Complications, or as Apple likes to call them sometimes: “features,” are those customizable widget like items on Apple Watch faces. Currently, you can set these widgets to show basic data such as the date, alarms set, calendar events, and stock prices.

With third party complication support, watchOS 2 will allow developers to tap into this space and create data points you can place on your custom watch face. A few ideas that come to mind for this is unread emails in Mailbox, number of tweets in Twitter, etc.

Other features from watchOS 2 include new photo-based Watch faces, Time Travel and more. Apple hasn’t said yet when it will be available, but stay tuned for iDB and we’ll let you know as soon as something regarding a beta or launch is announced.

Update: watchOS 2 available as a beta to developers today, to the public in the fall as a free update.