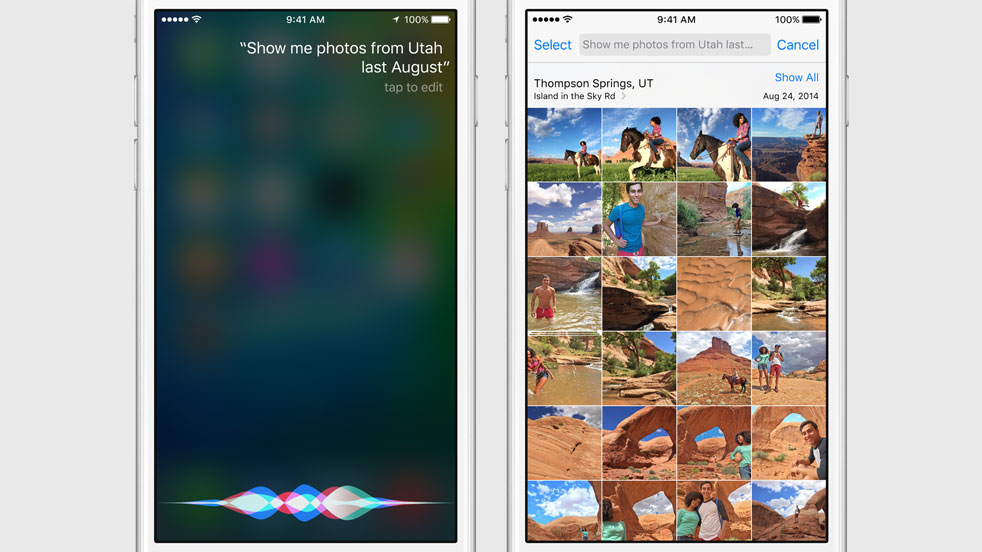 Finishing up with OS X El Capitan, Apple’s Craig Federighi moves on to talk about Siri. Apple has been working on a number of improvements to the digital assistant, which has been criticized over the years for lagging behind the efforts of Google and others.

In line with run-up event rumors, Siri is getting more intelligent in iOS 9 thanks to ‘Proactive,’ which makes your device more contextually aware. This allows Siri to respond to queries more intelligently based on your location, the time of day and other things.

For some examples, saying “Show me photos from Utah from last August” will now return all of your photos that have been geo-tagged in Utah. “Remind me to grab coffee off the roof of my car when I get in” will also work, because Siri knows when you’re in the car.

Overall it sounds like Siri is getting a lot smarter, and will make a good companion to the enhanced Spotlight feature in iOS 9.