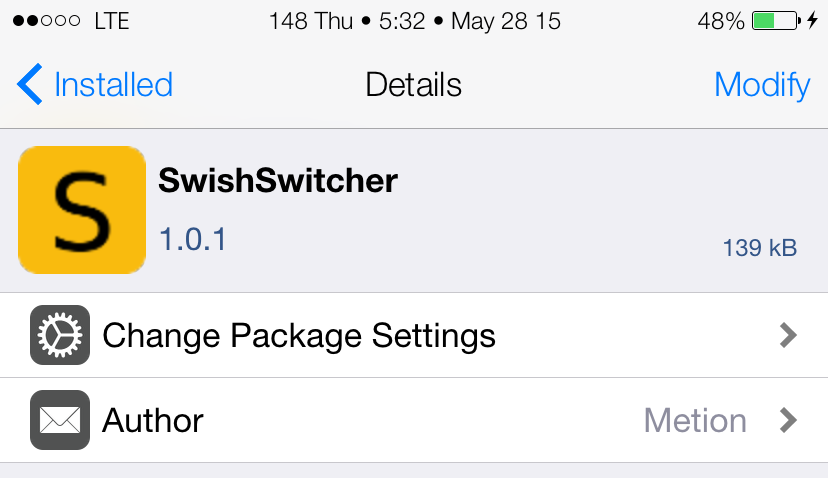 SwishSwitcher by Metion is one of those ‘why not’ tweaks that are released here and there in Cydia that just add a little fun thing to a small part of iOS. They seem to be mostly projects that developers undertake in order to learn more about developing.

They can practice working with certain frameworks and passing information around by using Substrate to hook into Apple’s private API’s. There is also a lot more to learn about making a tweak than just coding it, and it’s a great accomplishment to set everything up and create a deb file.

In this case the developer uses the ‘whoosh’ sound you hear when you hit Send from the stock Mail app, and calls it to play after a user has swiped up on a card in the App Switcher.

After heading on into the preference pane in Settings, you’re presented with a few simple options. You can enable the sound, vibration and the ability to use the ringtone volume. Nothing fancy here and it’s very straight forward. It’s a simple tweak with few options and it does its job well. 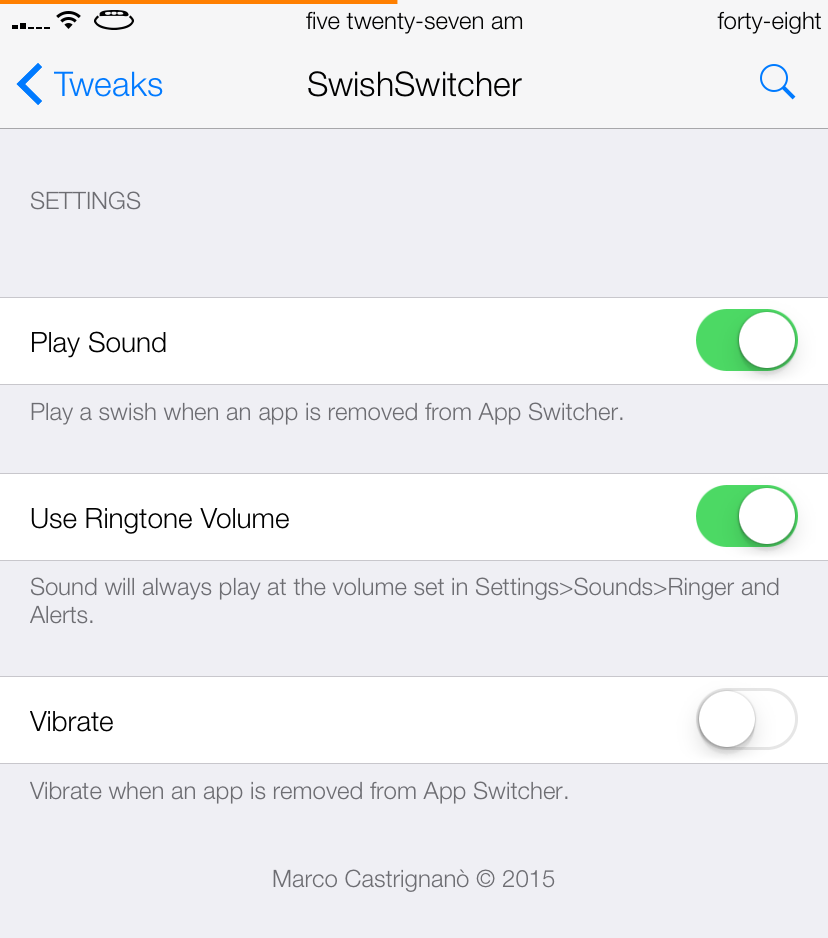 From my limited testing, it seems to lag a bit, taking away from the feeling that the card is making the sound as it flies through the cyberspace of your iPhone. If the sound started earlier, at most halfway through, it might make it feel a lot more realistic.

One thing that I would like to see is the ability to add your own sounds and perhaps set the time and speed at which they are played.

I probably won’t keep this on my daily driver since I already have so many other tweaks installed already but I can see how there will be some people that get a kick out of it and keep it around for a while.

SwishSwitcher is free in the BigBoss repo. So how about it, do you want your Switcher to swish?