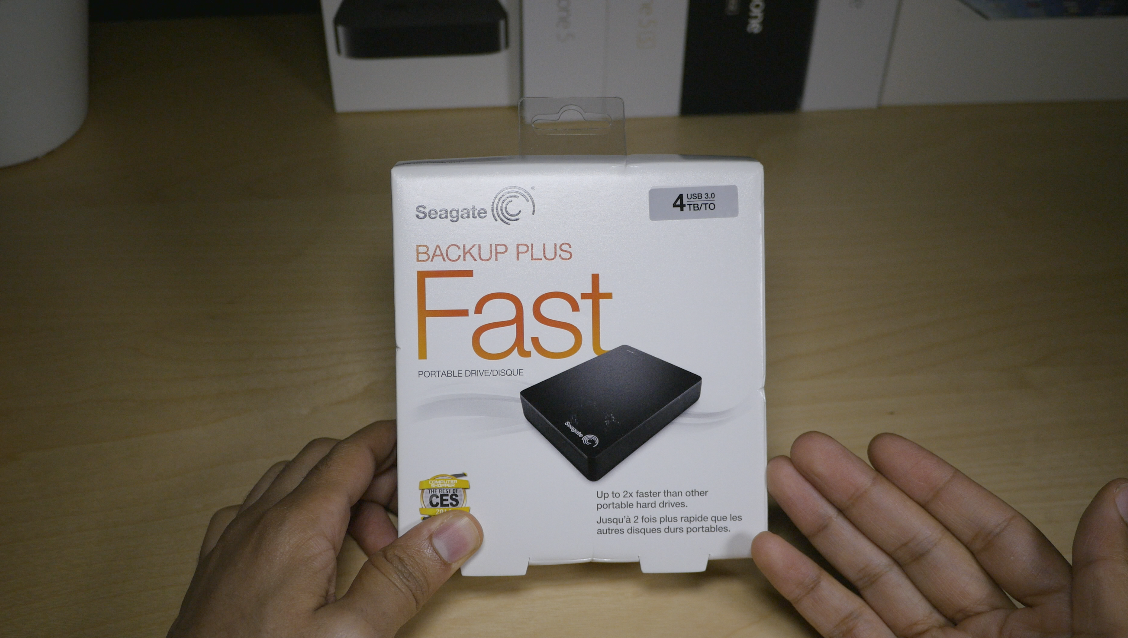 As a MacBook Pro with Retina Display owner, disk space is at a premium. My MacBook features 256GB of SSD flash storage, which isn’t exactly tiny in most use cases, but is downright microscopic when it comes to editing video and audio.

My video files are extra large due to the fact that I shoot in 4K the majority of the time. In fact, simply gathering the footage for this video review was somewhere in the neighborhood of 25GB, and that’s not even an in-depth video like an iPad review or an Apple Watch review.

With this in mind, it became apparently clear that I was going to need an external storage solution. But I also needed something that was fast enough to adequately handle the throughput required by 4K video.

After lots of research, I ended up purchasing the Seagate Backup Plus Fast drive. It’s a 4TB RAID 0 drive, so it’s fairly fast. A couple of weeks into my purchase, I’ve accumulated several hours of hands-on experience with this drive. Does it live up to my expectations?

First of all, lets run down some of the drive’s stats:

It’s evident from the drive’s branding that Seagate is aiming for the backup crowd. In fact, the drive’s very name is “Backup Plus”, so it’s definitely intended for Time Machine backups and the like.

I understand that Seagate has a tarnished reputation when it comes to the dependability of its drives, but there’s no way that I will be able to test the drive’s dependability when I’ve only had it for a week. I should also mention that I plan on offloading all of the files off of the drive each night just in case.

Why I chose this drive

RAID 0 is great for speed, but it’s double the risk when it comes to failure. There’s actually two tiny 2TB drives inside of this case, which equates to the 4TB storage amount. Data is stripped between both drives, and because it’s accessing data from two separate drives, the access rates are thus doubled in speed. 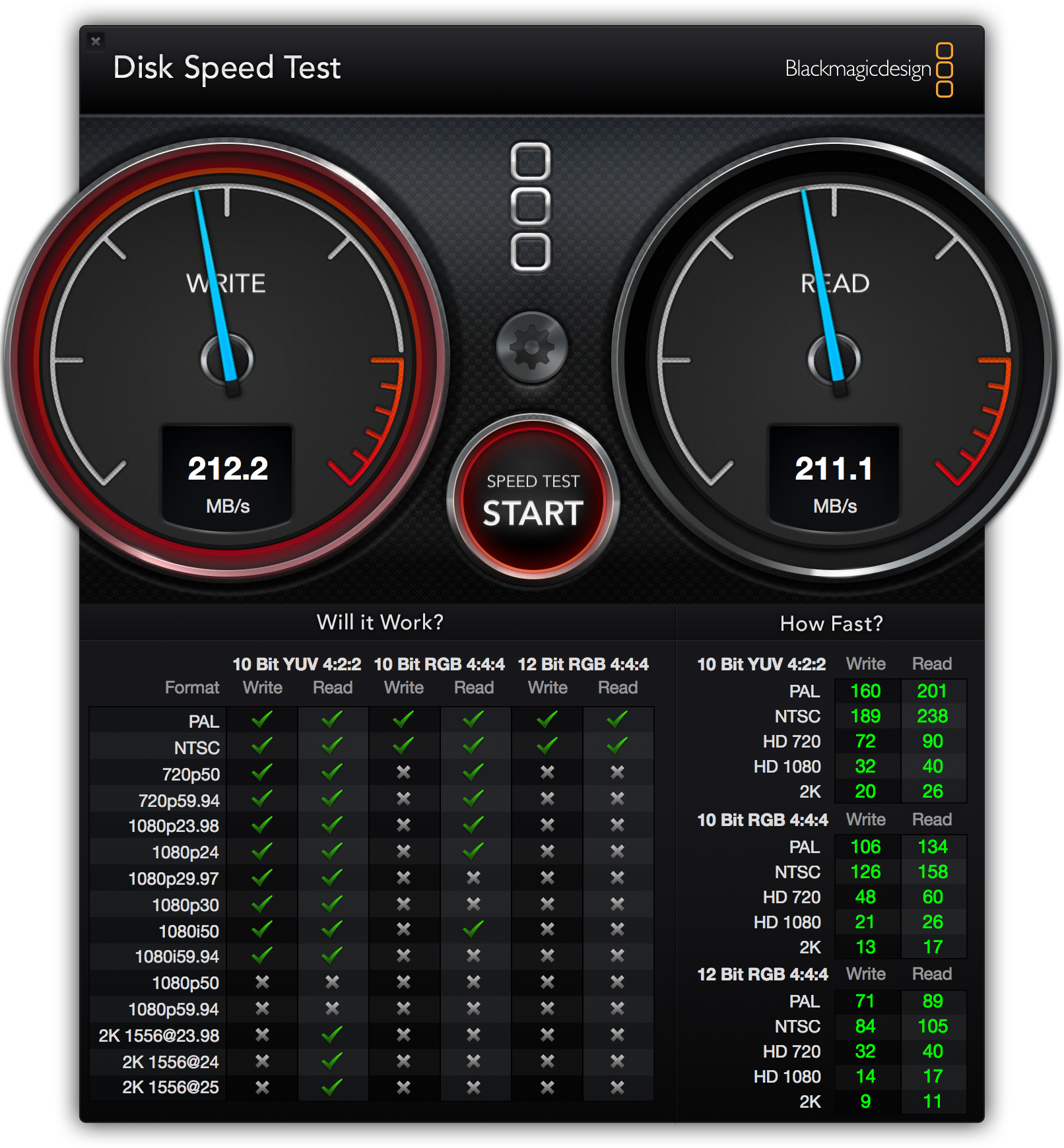 Unfortunately, due to the nature of RAID 0, your risk is substantially increased, because if one drive dies, the data on both drives is compromised. Seeing that I plan on backing up this drive every night, that’s a risk that I’m willing to take since it’s a great bang for the buck.

Having a bus-powered 4TB drive with RAID 0 for around $200 seems like a steal. Of course, if the drive fails, then it’s not much of a steal at all all, but again, that’s a risk that I’m okay with taking.

Because this drive is bus powered via a single USB 3.0 cable, it works on tons of computers, and I only need to carry the drive and single cable with me to connect to my MacBook on the go. I can’t tell you how convenient it is to have this much storage with me everywhere I go. I don’t have to go hunting for power outlets to use this drive either. 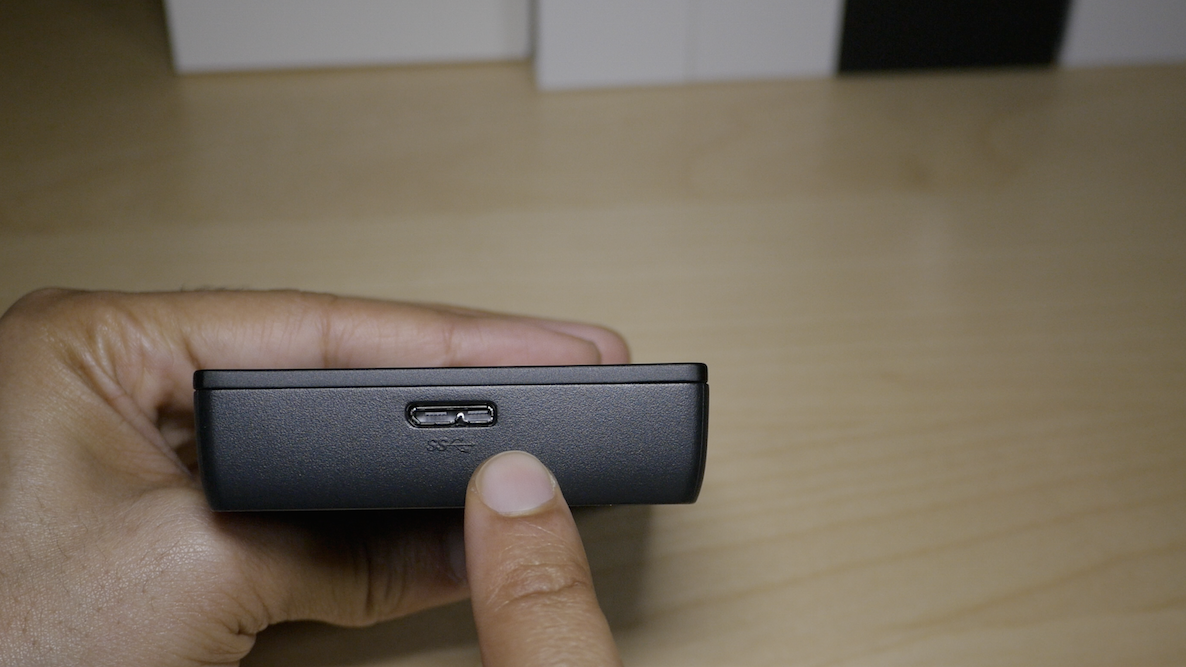 One port, that’s all

The Backup Fast Plus is also really small. It’s shorter than my iPhone 6 Plus, and about as thick as two and a half iPhones stack on top of one another. It’s a little wider than the 6 Plus, but not by much. I can easily fit this drive in my front jeans pocket. 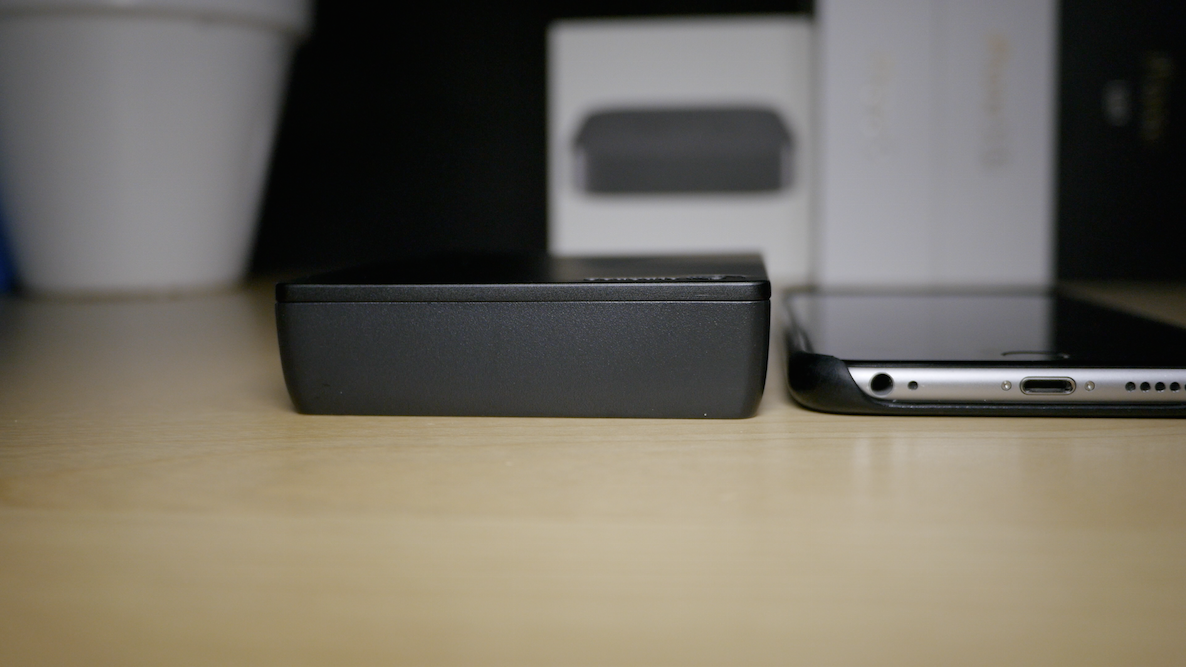 4TB RAID 0 in a diminutive package

Hooking this drive up to my Mac was a painless affair. OS X recognized the drive immediately. I then went right into the Disk Utility, and formatted the drive as Mac OS Extended (Journaled). 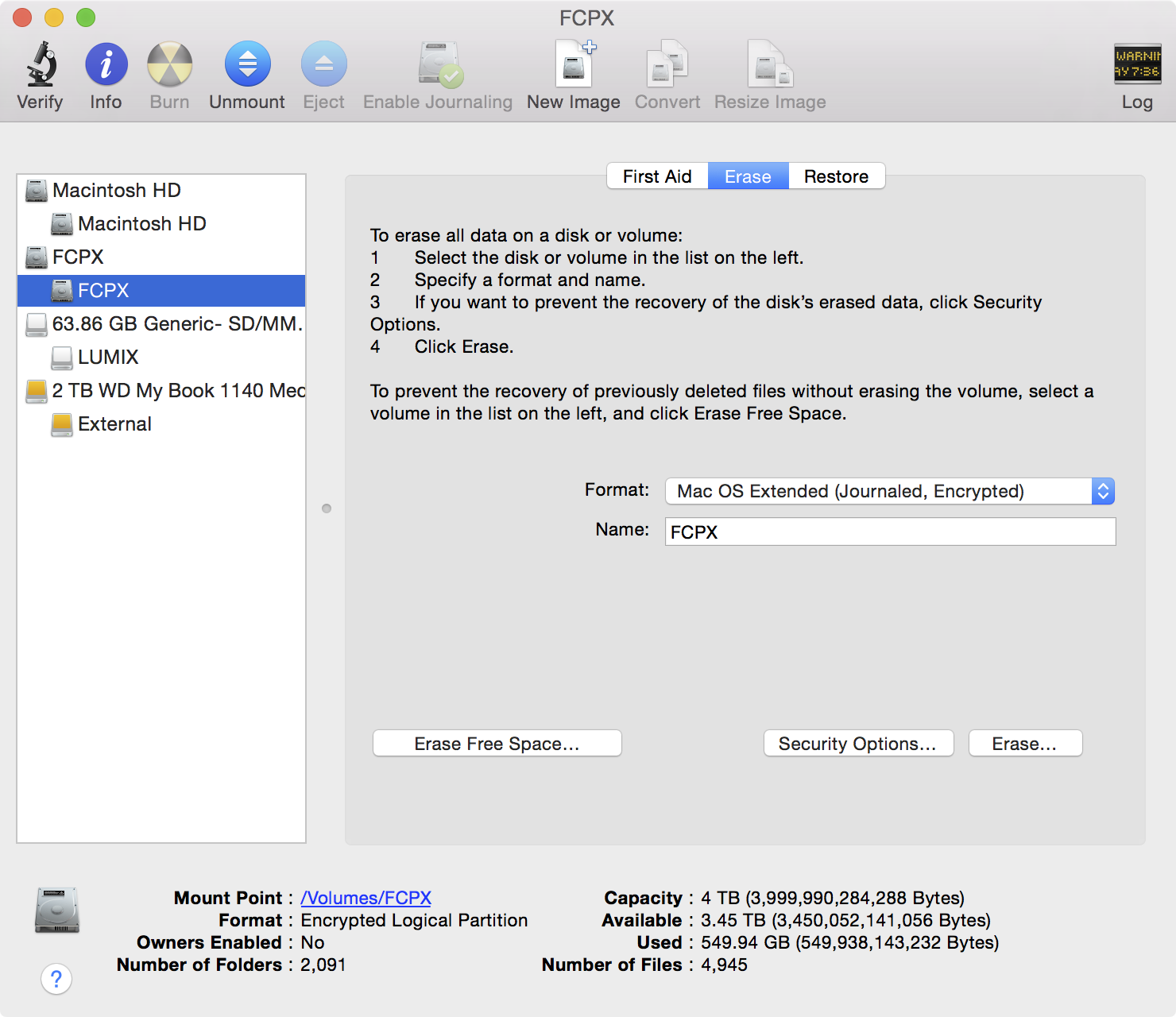 Encryption added with no issues

I even enabled encryption on the drive with no issues whatsoever. I choose to save my encryption password to the keychain for ease of use and quick connection. As an external drive that I travel with from time to time, it goes without saying that I definitely recommend encrypting your drive. Fortunately, this was a piece of cake with the Backup Plus Fast.

I’m not going to bore you with a ton of benchmarks and comparisons, but let me just say that there is a marked increase in speed over my old Western Digital MyBook USB 3.0 external drive (Non-RAID). The speed increase when importing large 4K files, and rendering video in Final Cut, has drastically improved. 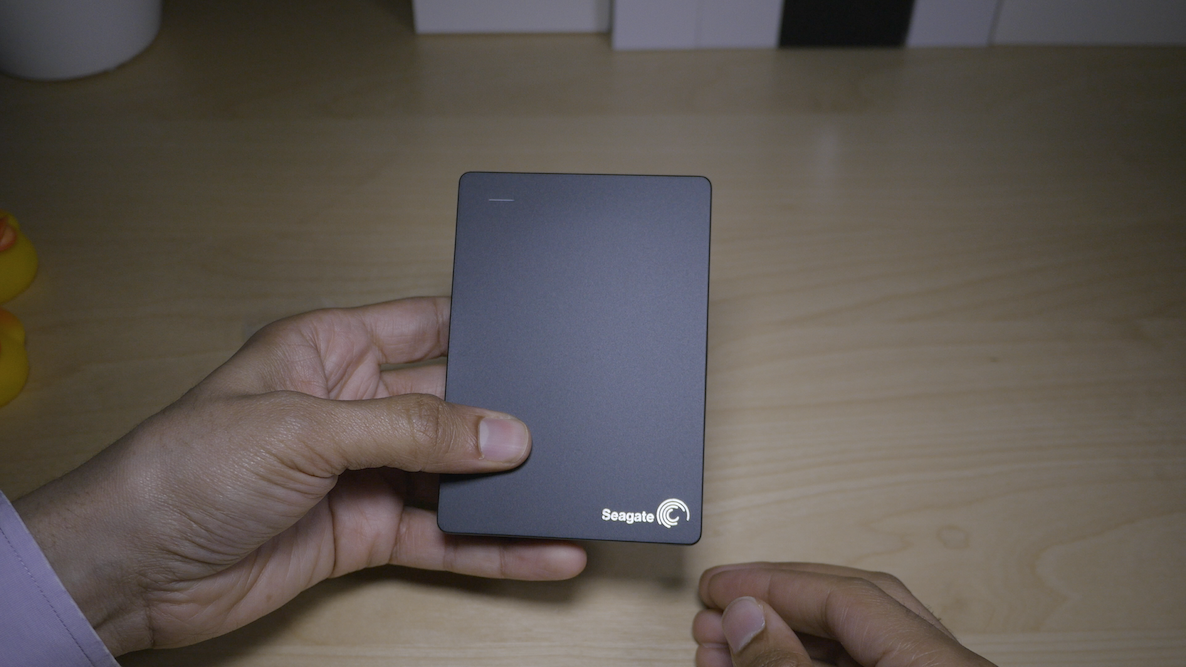 I can easily travel with this drive, and take all of my video content with me

The fact that I have so much storage space that I can take with me anywhere on the whim is extremely liberating to me. Since the Backup Plus comes with two USB cables, I keep the Y-connector cable hooked up to my monitor’s docking station, and I keep the single cable in my travel bag ready to go.

I genuinely have nothing bad to say about this drive thus far. At around $200 on Amazon, it’s hard to complain about having a drive that checks off so many of my must-have bullet points. It’s fast, convenient, small, and quiet. It makes my video editing workflow so much better than it was before.

But with all of that said, none of that matters if this drive fails on me in a year. It comes with a 3 year limited warranty, so that provides some peace of mind, but it’s never ideal to have to use a warranty.

I’ve heard some absolute horror stories about Seagate and their products. When I sent a tweet to acknowledge my acquisition of the drive, I received responses featuring horror stories of ones who had experienced failure with their Seagate drives.

Maybe there’s a reason that Seagate sells a drive with so many great features for so cheap. Maybe I’m in for a rude awakening in a few months? I’ll be sure to report back with my experiences. But for now, as long as I follow my backup schedule, I’m extremely happy with this pickup.

I recommend the Seagate Backup Plus Fast to those of you who have heavy throughput workloads, and who back up their data regularly. I especially recommend it to my fellow OS X users who run apps like Final Cut Pro X. It makes editing huge files so much more feasible now. I can never see myself going back.