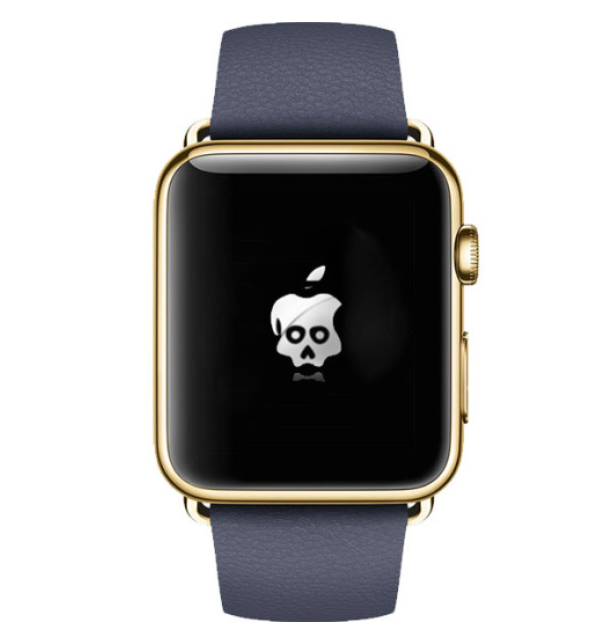 It officially launched less than a week ago, but many people are already thinking about jailbreaking the Apple Watch. I’ve seen prominent hackers and developers talk about jailbreaking Apple’s new wearable device, and I’ve heard it mentioned several times on some prominent podcasts.

The question is, why are so many people interested in jailbreaking Apple’s new hardware? The answer is mixed, but there are lots of similarities to iPhone OS and the early iPhone hardware. When the iPhone first launched back in 2007, it was severely limited. You couldn’t copy and paste, you couldn’t have custom wallpaper, there was no App Store, etc. Jailbreaking eventually allowed early users to do all of those things.

Similar to the early iPhone software, Watch OS 1.0 won’t allow users to do things like use custom watch faces, or run native apps. Jailbreaking could, in theory, allow for both of these features. But that’s not all. Jailbreaking Watch OS opens up a whole new realm of possibilities.

This is an absolute no-brainer. It’s one of the things that makes other smartwatches, such as the Pebble, so appealing. As of now, Apple only lets you choose from and customize its stock watch faces. Will we ever see custom watch faces? I wouldn’t be so sure. I think we will see select Apple-approved watch faces become available eventually, but a jailbreak might be the only answer when it comes to true customization.

There are many reasons why it may be better to run apps natively on the Apple Watch instead of beaming information between it and an iPhone. The most obvious thing is speed. If there’s one consistent narrative that we’ve gleaned from early Apple Watch reviews, it’s that speed is, at times, hard to come by.

Running apps natively would go a long way towards fixing the speed issue, not to mention the added possibilities that running native code opens up to users. Imagine this: running a podcast app natively while you go for a walk or a jog. You can’t do that without a paired iPhone near, because you can’t store audio files on the watch outside of a synced Music app playlist.

Changing the default timeout settings for the screen

Another complaint that we’ve heard in early reviews has to do with the Apple Watch timeout settings. To save battery life, the Apple Watch can be overzealous when it comes to timing out the screen. Having an Apple Watch jailbreak would allow you to customize the time out settings to a finer degree.

Watch faces are nice, but what about full-fledged custom themes? I’m talking about WinterBoard-esque themes that allow you to change the look of the entire interface, icons and all.

Power Reserve mode is a little extreme. How about outright disabling certain battery draining features on a whim? Or changing screen timeout settings? With a jailbreak, we’d have finer control over the Apple Watch experience, and could fine tune the watch’s settings for the best battery life possible.

Executing Activator actions via your watch

If you’ve ever used Activator on your iPhone, then you know how handy this tool can be. It’s the backbone of thousands of jailbreak tweaks for good reason, and it lets you perform impressive iOS automation on its own. Imagine using certain button combinations for quick shortcuts to apps and toggles.

I’ve read several reviews and experiences that mention the Apple Watch’s haptic feedback abilities, and how they’re a bit lacking. The running theme is that it’s at times hard to feel when the Taptic Engine is trying to get your attention. With a jailbreak, the potential is there to up the intensity of the Taptic Engine, and increase the feedback rate. Jailbreaking also opens up the possibility of assigning custom haptic feedback patterns to specific notifications.

Complications are the little items that run alongside the watch face interface in order to provide you with quick details. Complications cover can range from sunset schedules, stocks, moon phases, and more. While Apple Watch comes bundled with quite a few complications, it would be nice if there was the ability to use custom complications. What about having a complication that tallies up missed tweets, or displays unread email numbers?

Noticeably absent from the Apple Watch’s Home screen is Safari. Safari is on the iPhone, it’s on the iPad, it’s on the iPod touch, but it’s nowhere to be found on Apple Watch. Of course, the reason for that is obvious: the screen is too small, it’s too battery demanding, and no one wants to hold their wrist up for long periods of time while to navigating web pages that probably won’t render well on such a small display. But the rebuttal to that argument is just as obvious: we want it just because we can.

We go more in-depth on this topic in today’s episode of Let’s Talk Jailbreak. Be sure to tune in, as it includes a few bonus Apple Watch jailbreak ideas that aren’t on this list, such as hiding app icons. What features would you like to see on a jailbroken Apple Watch? Sound off down below and let us know!