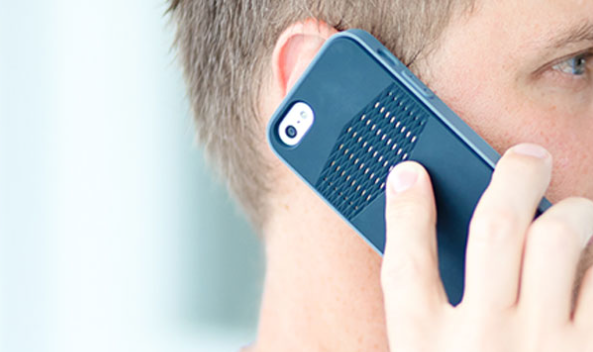 Pong approached me to write a review of the new Pong iPhone 6 cases with the bold claim the case will prevent cell phone radiation from damaging the user. Of course, I have no way to judge this for myself. Consequently, the information in this article, not so much of a review, is from the information found on the Pong website.

Naturally, I was extremely curious to take a look. While I can account for the build quality, which appears to be very rugged and well formed, the remainder of the radiation conversation will reside on a summary of the details from Pong. With four US patents, why not put on my tin hat and take a look. 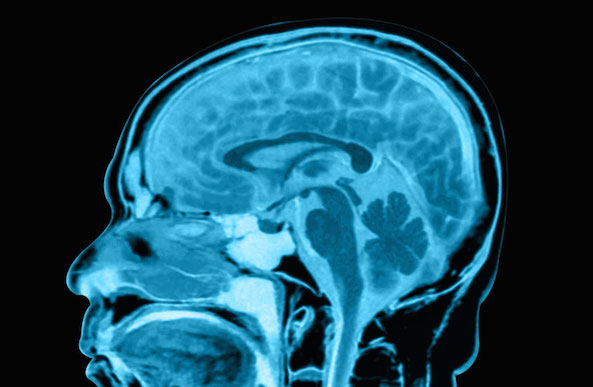 When first visiting the Pong website, the splash banner prompts you with a question: Is cellphone radiation harmful? They are going for the hard sell here. An article written by Rong Wang PhD is linked, entitled “New Study Found Tripled Brain Tumor Risk for Long Term Cell Phone Users.”

A 2014 Swedish study of 1,498 malignant brain tumor patients between 1997-2003 and 2007-2009, allegedly concludes that individuals’ risk was 3 times higher for people who utilize wireless phones for 25 years or longer. Of course, that includes land line wireless phones with a time frame so expansive.

The Pong blog post continues to expound upon the study and also found a 2014 French study that seemingly corroborates the Swedish findings, through another set of controls and tests. This is a hyper reduced overarching summary of the conclusions found and I encourage you to delve a little deeper for yourself.

Important to us as iPhone accessory purchasers is, how Pong claims to prevent the tumors and radiation it spends so long trying to convey on its blog. 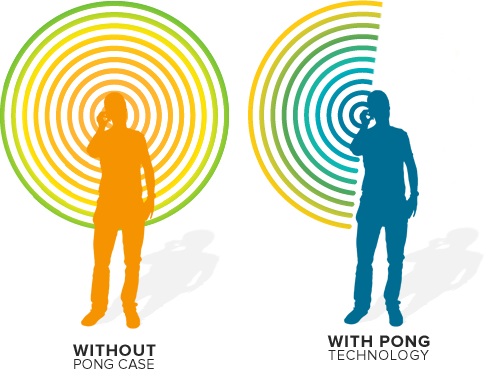 Total Radiation Power (TRP) is the unit of measure that scales mobile device radiation emission. Pong claims to not reduce TRP, which would be detrimental to the service you receive on your device. Alternatively, Pong’s cases allegedly redirect the radiation necessary for your signal strength away from you. To do so, the cases include a patented thin gold plated antenna, designed to reduce exposure to “potentially” harmful cell phone radiation, while continuing cell phone signal strength.

The claim has been confirmed by FCC-certified labs that test exposure and ratings reduced by five times below FCC Specific Absorption Rate. This was even confirmed by an independent test by WIRED Magazine. However, links to the FCC results nor the WIRED article are found. 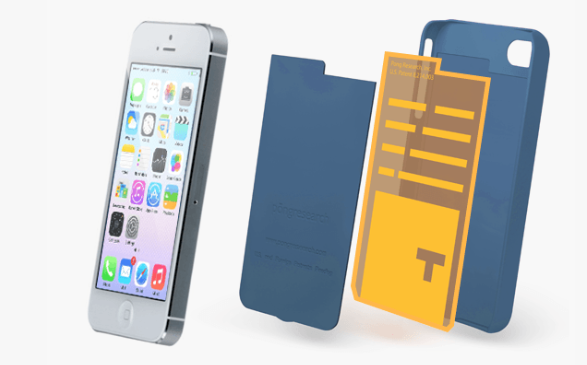 The Pong Sleek case comes in black, white or red and features the patented antenna technology to reduce cell phone radiation exposure, which is 89% below the Specific Absorption Rate limit. This has been certified by the US FCC, European CE, Canadian, and Australian governments. Additionally, it will save your iPhone from 4′ drops, which is certified by US military standards. All ports and camera are easily assessable in this clip-on style case.

The overall design is attractive and adds no overwhelming bulk, despite its alleged ability to reduce radiation. I could see the diamond cut back panel very easily collecting lint in your pocket, but the smooth exterior is a single piece with a satin-like finish for easy gripping.

All articles and research appears to be all included on the site, but I cannot decide if I believe it. A skeptic myself, the company seems to back up their claims about radiation exposure and the side effects, but I’m not convinced the case can redirect a cellular signal the way the company claims. Sure, the gold plate may reduce radiation, but how does it actually pull it away from the users head? The gold antenna plate is between your hand and the iPhone, not between the iPhone and your head.

I am too ignorant on the topic to offer a specific rebuttal. The argument is very compelling and it is important to know that cases like this exist on the market. You must decide for yourself if you believe the claims. At $49.99 for an iPhone 6 or $59.99 for an iPhone 6 Plus case, you are really going to need some convincing to make the jump for those prices.