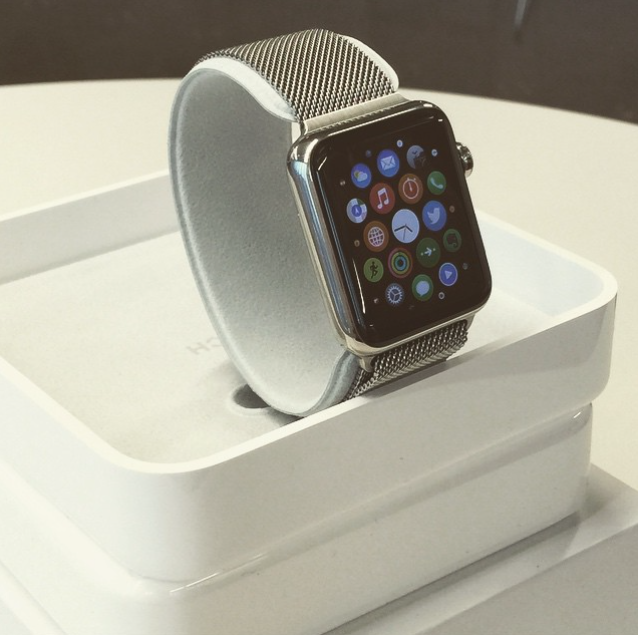 Following the initial wave of major Apple Watch reviews which hit the web earlier this morning, we’re now being treated to first unboxing videos, starting with one posted by French website Metronews which depicts unboxing of the 42mm stainless steel Apple Watch model with Milanese Loop. We also have another one from Japan, with more to come throughout the day.

The video suggests that the images of the Apple Watch packaging we posted yesterday evening were in fact the real deal.

And another Watch unboxing, via Chinese website Gadget Guy.

As you could imagine, the Watch packaging looks a lot like a jewelry case, which isn’t surprising given that watches in general are being positioned as pieces of jewelry for your wrist.

The square box has a rounded rectangle which contains the Watch itself on its side. When you first open the box, the band is already connected to the Watch, a nice little touch we’ve come to expect from Apple.

The inductive charger, Apple stickers and the user manual are included in the box. Mashable’s Lance Ulanoff has published a nice unboxing stop-motion video on Vine which gives us a glimpse at the link bracelet functionality.

If you stumble upon another unboxing video, ping us in comments and we’ll update the post with relevant content.