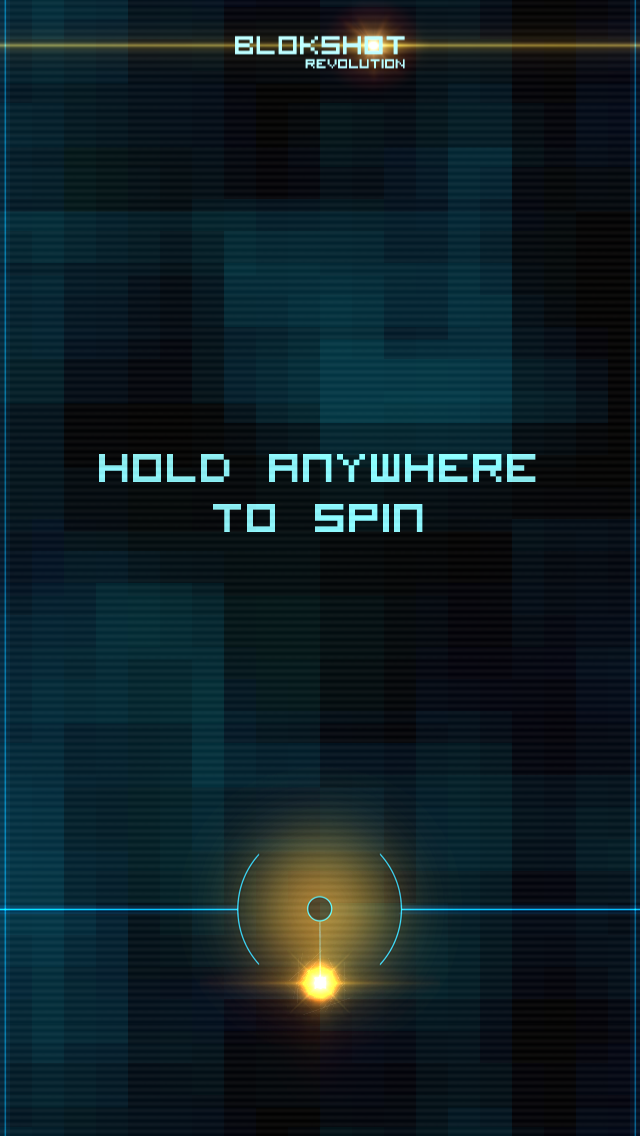 Foxhole Games’ debut title is a highly stylized round of target practice with a heavy focus on combos and high scores. At its core, Blokshot Revolution depends on its interesting control scheme and creative shooting mechanic to differentiate itself from the pack of score attack games populating the App Store. Learning the basics takes only a moment, but this game is certainly worth a second glance.

The goal of Blokshot Revolution is to defend the bottom of your screen from an onslaught of blue geometric shapes. Your first line of defense? How about centripetal force, physics, and a glowing yellow ball of block-smashing power?

Blokshot Revolution features a very stark, futuristic look, which is a nice contrast to its pixelated interface. The game’s main weapon really pops on the blue background, and makes it very easy to keep track of where your shots are heading. The incoming projectiles are also easily visible, even if they are just a slightly different shade of blue. 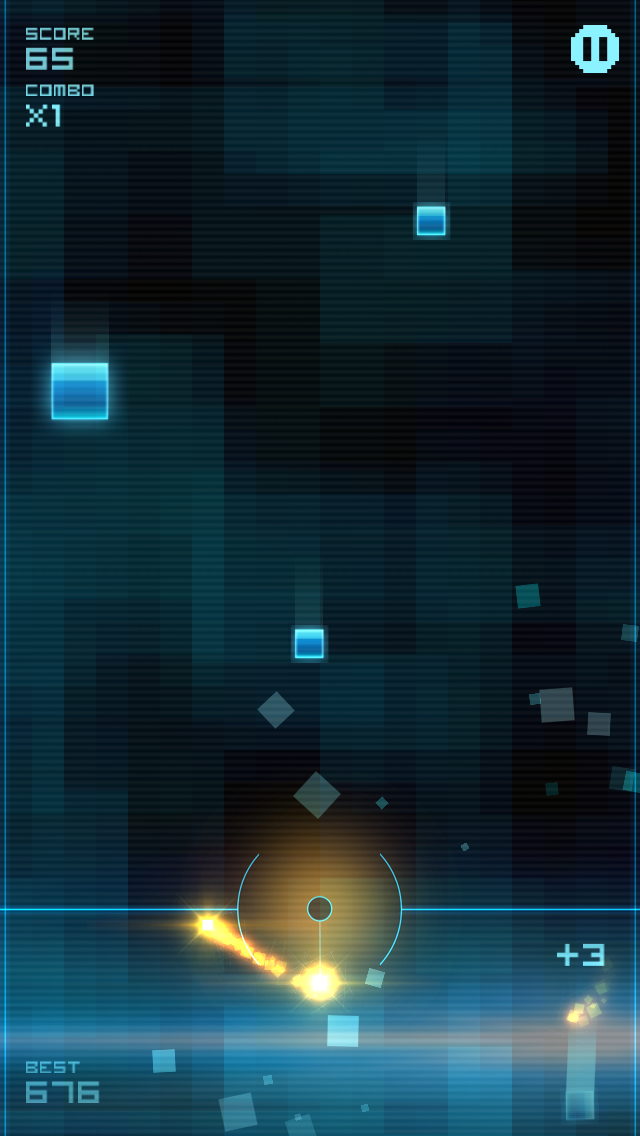 Blokshot is very simplistic. The game is completely controlled with a single touch. Pressing anywhere on the screen will start swinging the glowing ball clockwise. Lifting your finger will set the sphere flying off, following its current trajectory. The longer you hold down your finger, the more velocity your projectile will have. This translates into both the length of time your ball will exist and the speed at which it will travel. Bouncing your ball off the walls is a good way to change its destination and strike multiple targets in a single throw.

Only one throw can exist on the screen at a time, so any subsequent lob will erase the previous one from existence. This is important to note, as it is possible to inadvertently stop a shot from connecting. Simple shots, hitting multiple targets at a time, and bouncing blocks into one another will all extend your combo, while taking too long to land a hit will drop it. Your combo chain is important too, as it multiplies your score and unlocks a triple shot that spreads as it travels. 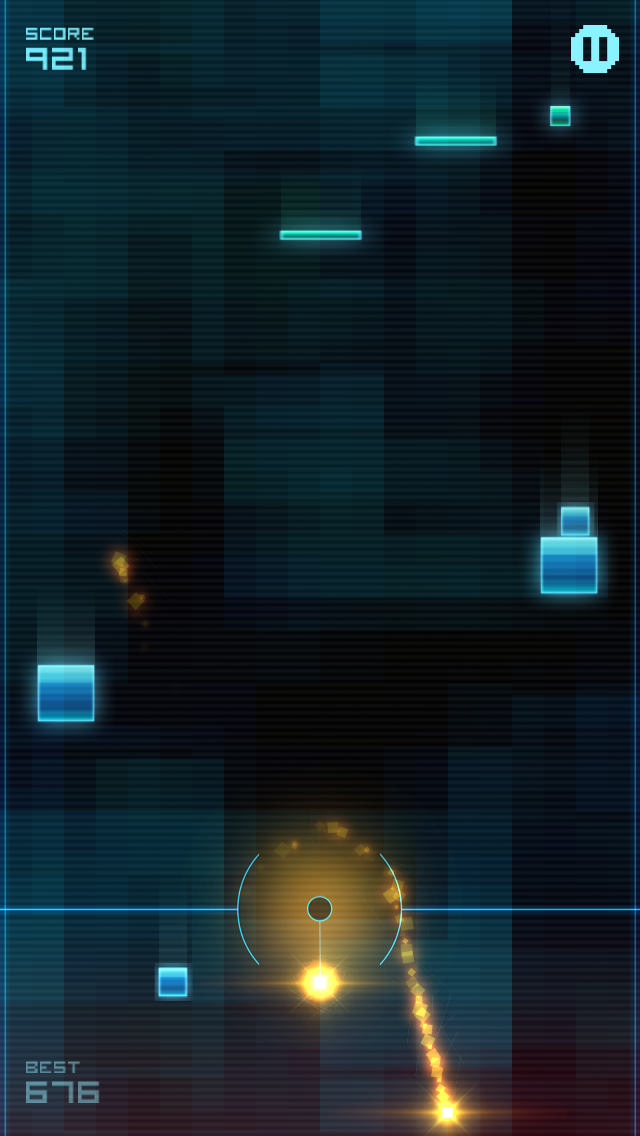 The basic gameplay of Blokshot Revolution is actually pretty fun. The concept of letting the screen fill with objects and planning spectacular bank shots to rack up points is really appealing. The only problem is that Blokshot lacks the variation necessary to spice up the action.

When you first play Blokshot Revolution, the game is visually striking in its simplicity. After a few minutes of play, however, the unending stream of blue objects starts to feel a little bland. The color never changes and the graphics never update, which is a feature a lot of these arcade style games implement in order to stay exciting.

The gameplay also starts to sour quickly. The triple shot is the only power-up available to the player, and this game feels like it would have benefited greatly from a larger array of ammunition. The subtle changes in the target’s shape and their increasing frequency also do little to keep the game fresh.

All of Blokshot Revolution’s gameplay can be downloaded and enjoyed for free. The game’s sole in app purchase of $1.99 simply removes ads and unlocks the full soundtrack. While this is a nice option, I personally found the ads to be wholly unobtrusive, and while the variation in background music was nice, it didn’t add much to the overall experience.

If you’re absolutely crazy for arcade style games like this, then Blokshot Revolution may be worth checking out. If you’re only looking for a quick time waster, though, the App Store is full of alternatives that offer much more depth.

Visually, the game reminded me a bit of Frozen Synapse, while the gameplay is more reminiscent of certain Bust-A-Move modes.