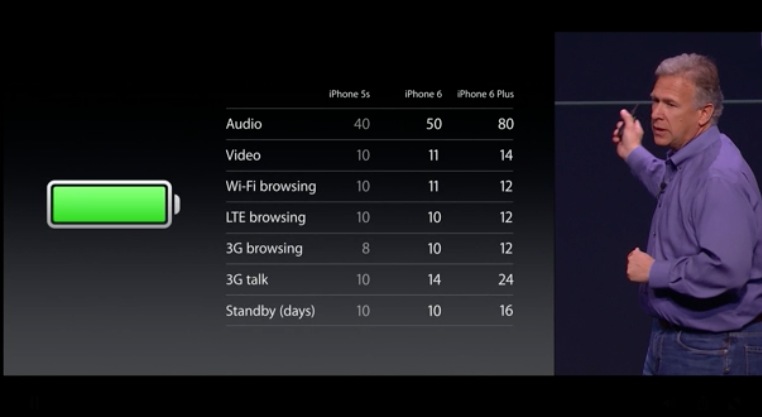 Handset vendors stubbornly insist on making their gadgets thinner at a time when consumers have largely been craving for better battery life.

Apple, like no other company, is a poster child for the industry’s obsession with thinness. Whenever a new iPhone comes out, its slim profile gets prominently featured and communicated in ads.

This point was especially brought home for me in a recent Wall Street Journal article which argues that “survey after survey reveals there is one thing consumers wish manufacturers would change about their gadgets” and it’s better battery life.

Our poll today deals with this issue as we seek to learn whether you, our loyal readers, would rather have a millimeter or two thicker device with a stronger battery or as thins a phone as possible with a good enough battery.

So, would you trade thinness for better battery life?

A similar poll we ran last summer ahead of the iPhone 6 release asked whether screen size or battery life were more important to you. Nearly one out of each four respondents opted for a stronger battery versus a larger screen.

Arguing that making gadgets thinner and lighter is a trend that has outlived its usefulness, WSJ writer Christopher Mims said that things don’t have to be this way.

“There’s a simple enough solution,” he wrote. “It requires a company brave enough to persuade users that one of the things we’ve come to expect from phones and other gadgets — that every year, they become thinner and lighter — is a trend that has outlived its usefulness.”

I couldn’t agree more, but would Apple be brave enough to come out with a thicker-than-expected iPhone? Personally, I’d happily buy a bit thicker iPhone were it to come with markedly better battery life.

Should Apple thicken the next iPhone in order to improve battery life or avoid doing that as to not risk reviewers calling the device a brick?