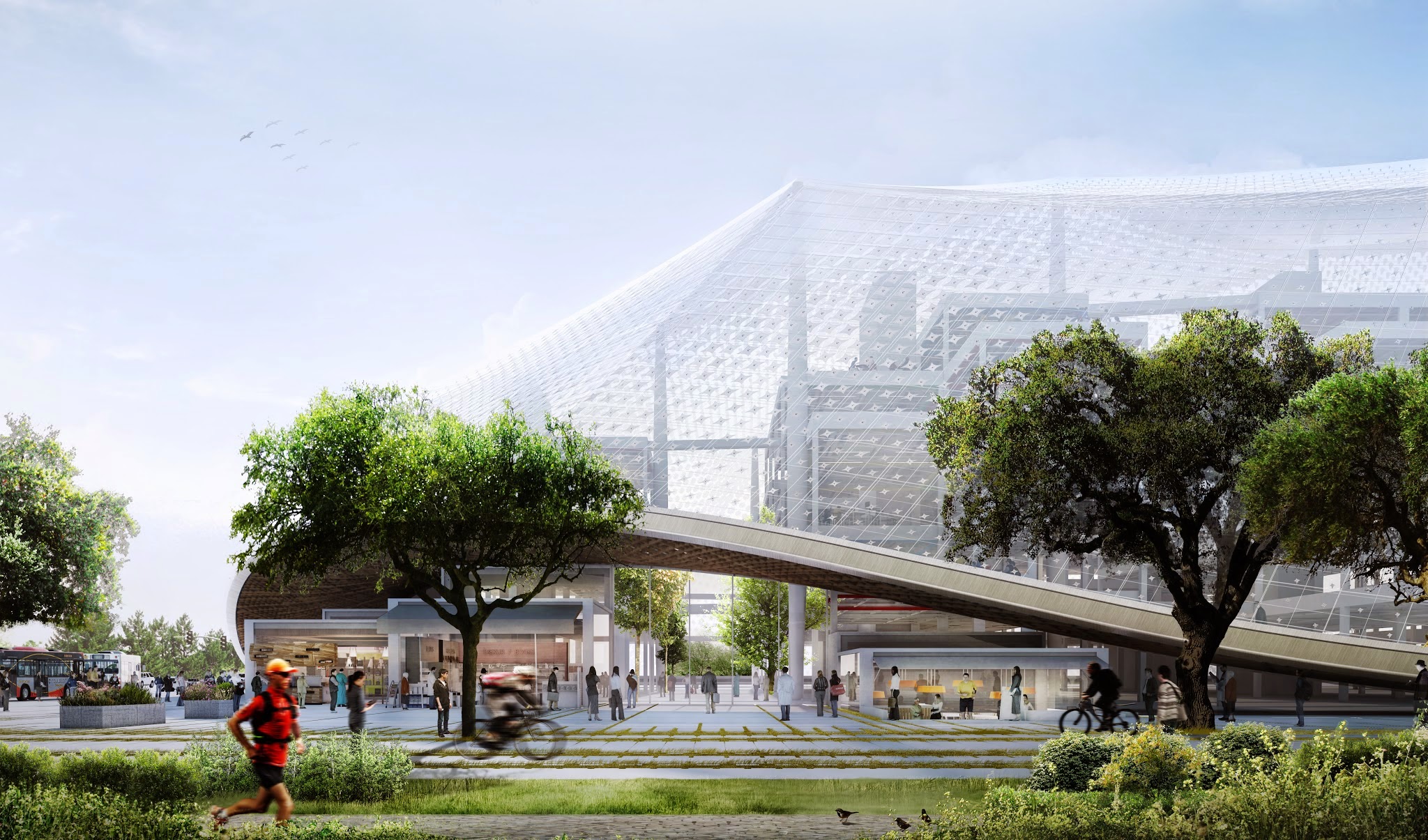 Google on Friday submitted a proposal for a new campus to Mountain View’s outgoing City Council and boy does the new building look spectacular. Renderings of the project, shared with the public, reveal the scope of Google’s ambitiously conceived new project.

Seeking to redevelop part of its existing campus in North Bayshore, the new all-glass building could be more adaptable to a changing company, bring new life to the environment, save energy and create a sense of community with bike paths and space for local businesses.

“Ultimately, we hope to create a space for people, nature and ideas to thrive,” said the firm.

To make this project a reality, Google partnered with Danish architect Bjarke Ingels from the Bjarke Ingels Group and Thomas Heatherwick of Heatherwick Studio, a London design firm known for works like the fiery caldron at the 2012 Olympics.

The new Googleplex entails a jaw-dropping glass greenhouse-style buildings that Heatherwick likened to “a piece of glass fabric, and draping it across some tent poles.”

“We envision there will be some more permanent structures like stairwells and restroom cores and things like that,” David Radcliffe, Google’s vice president of real estate, told the Silicon Valley Business Journal. “Then we think there will be other components you can actually take out and put in.”

“Instead of constructing immoveable concrete buildings, we’ll create lightweight block-like structures which can be moved around easily as we invest in new product areas,” Google said. 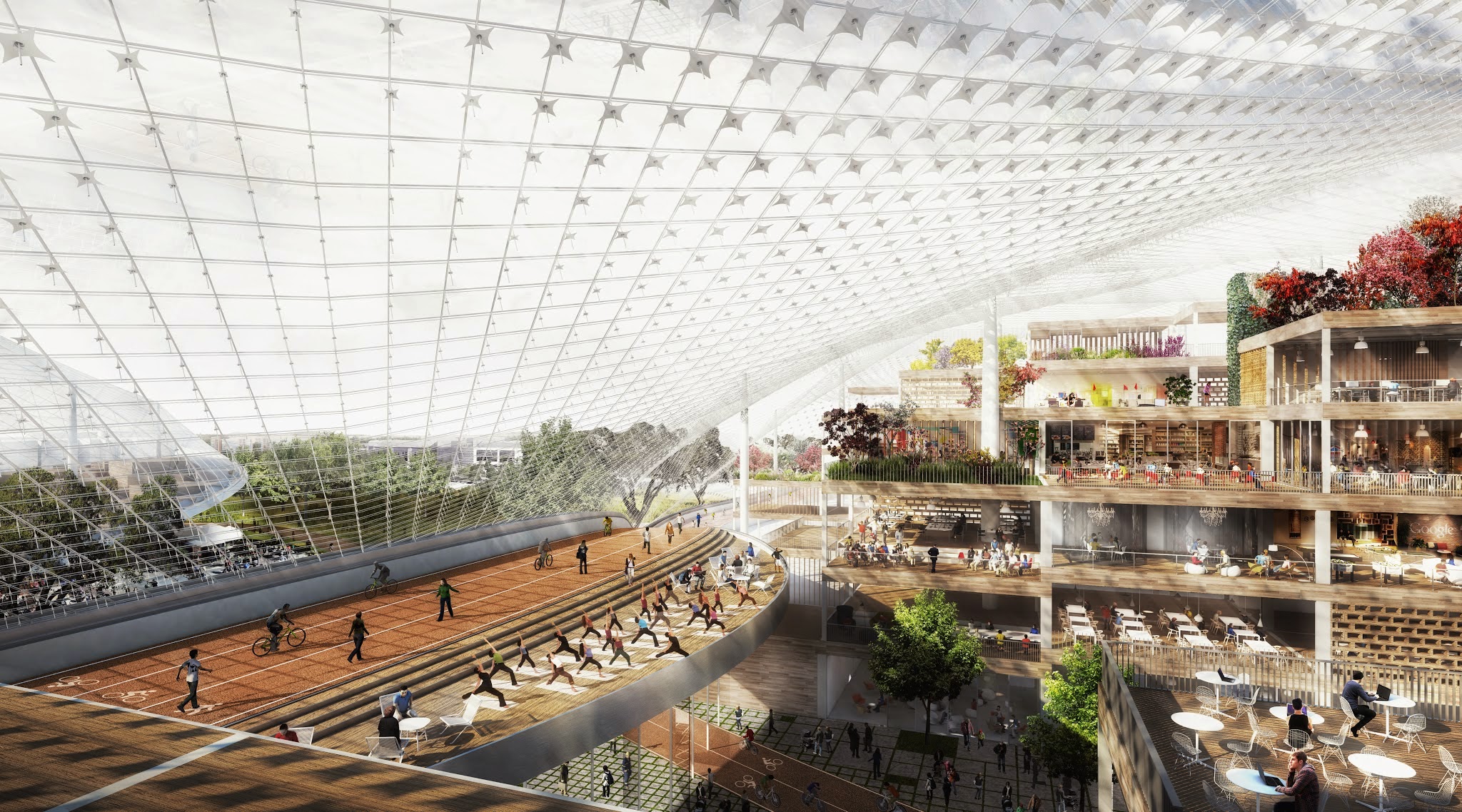 Large translucent canopies don’t just look stunning, but will also cover each site, controlling the climate inside yet letting in light and air.

These images have been modeled and rendered by dbox, a branding and creative agency with studios in Miami, London, New York and Taiwan which specializes in 3D renderings, graphic design, branding and visual communications. 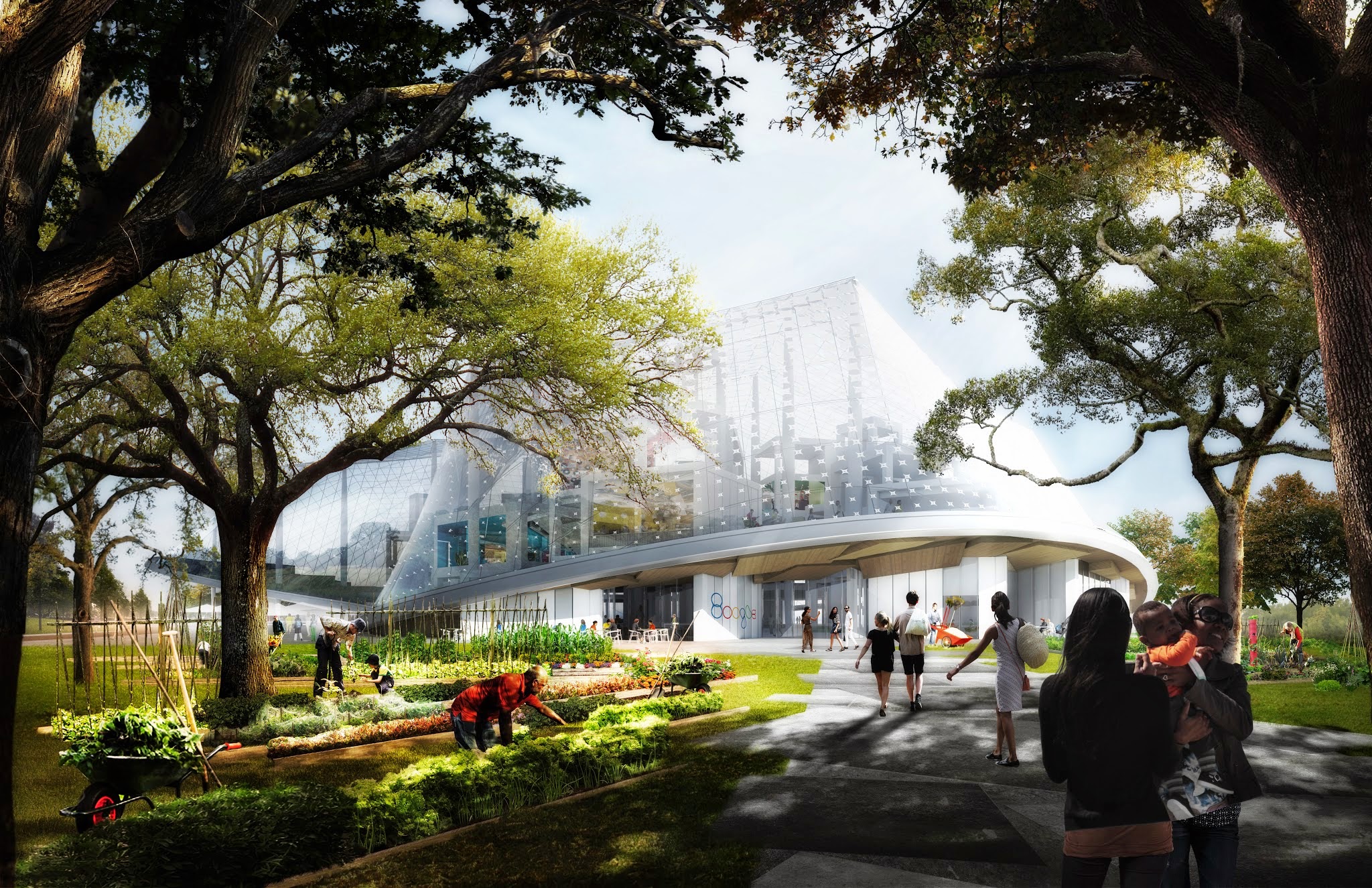 “We chose Mountain View for our headquarters 15 years ago because we love the beauty of the bay, the close proximity to great universities, the family-friendly environment and the chance to work in a city at the heart of Silicon Valley,” Google said. 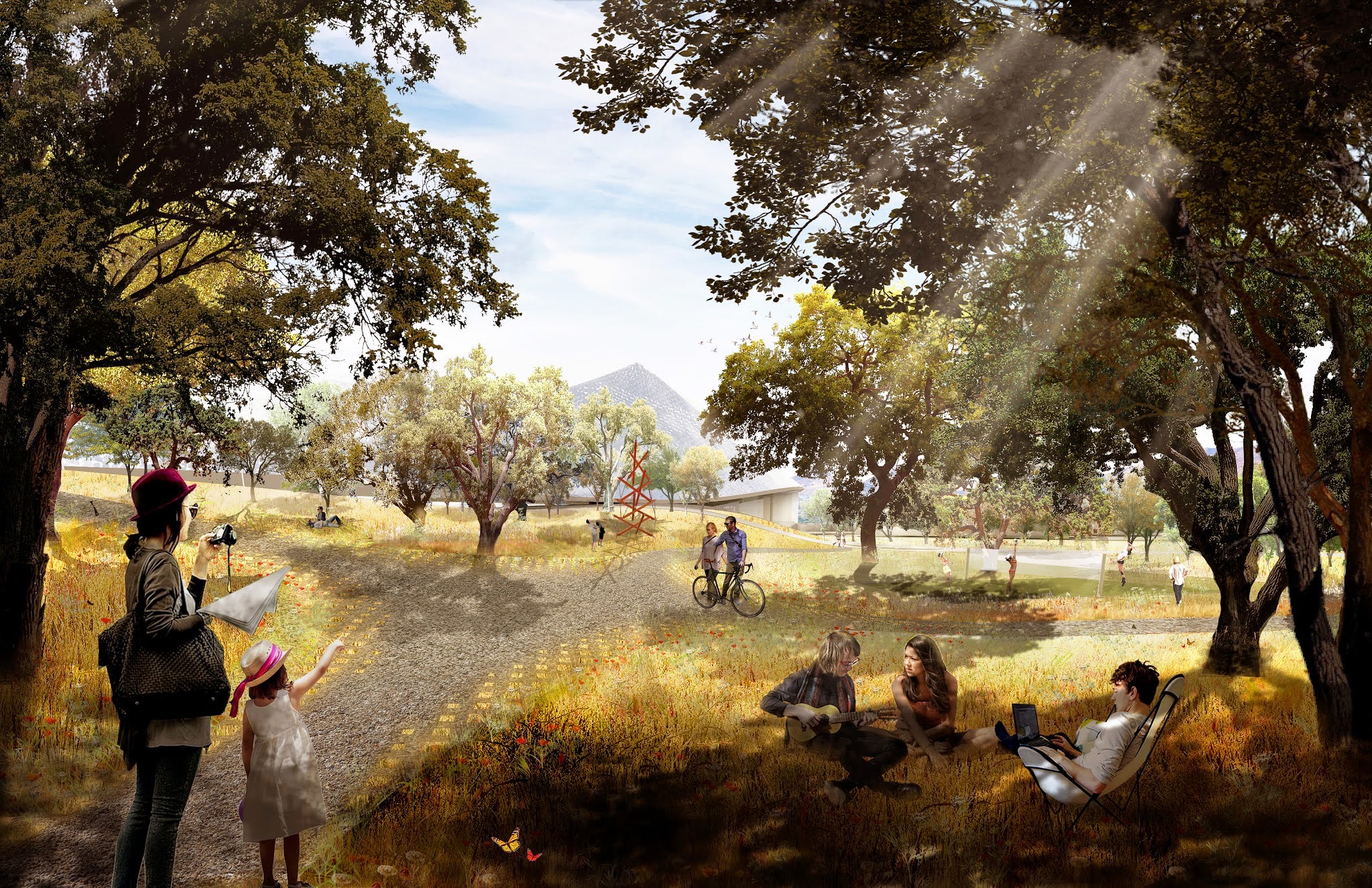 Trees, landscaping, cafes and bike paths will be weaving through these structures, helping blur the distinction between the buildings and nature, similar to Apple’s iSpaceship building. 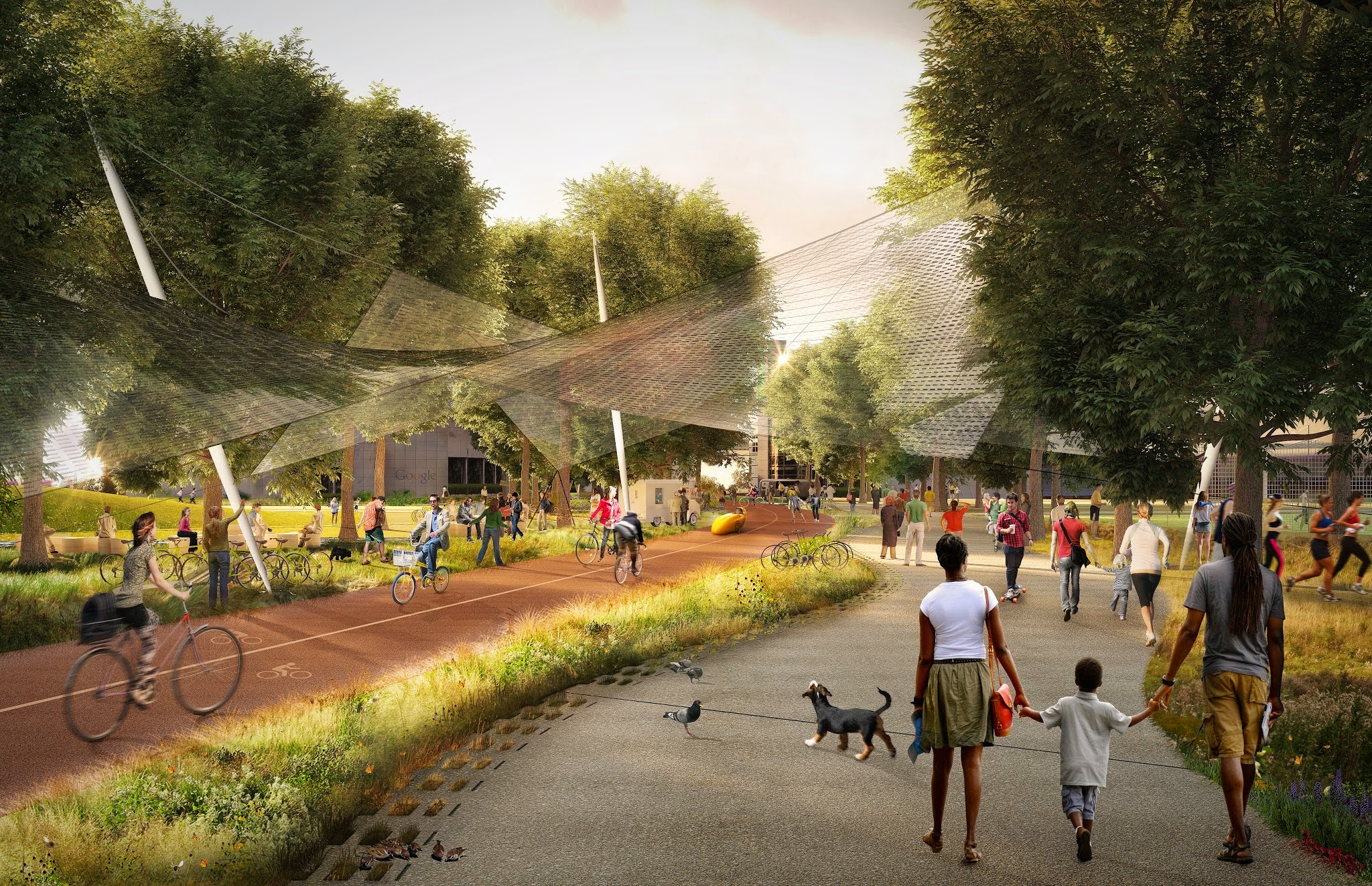 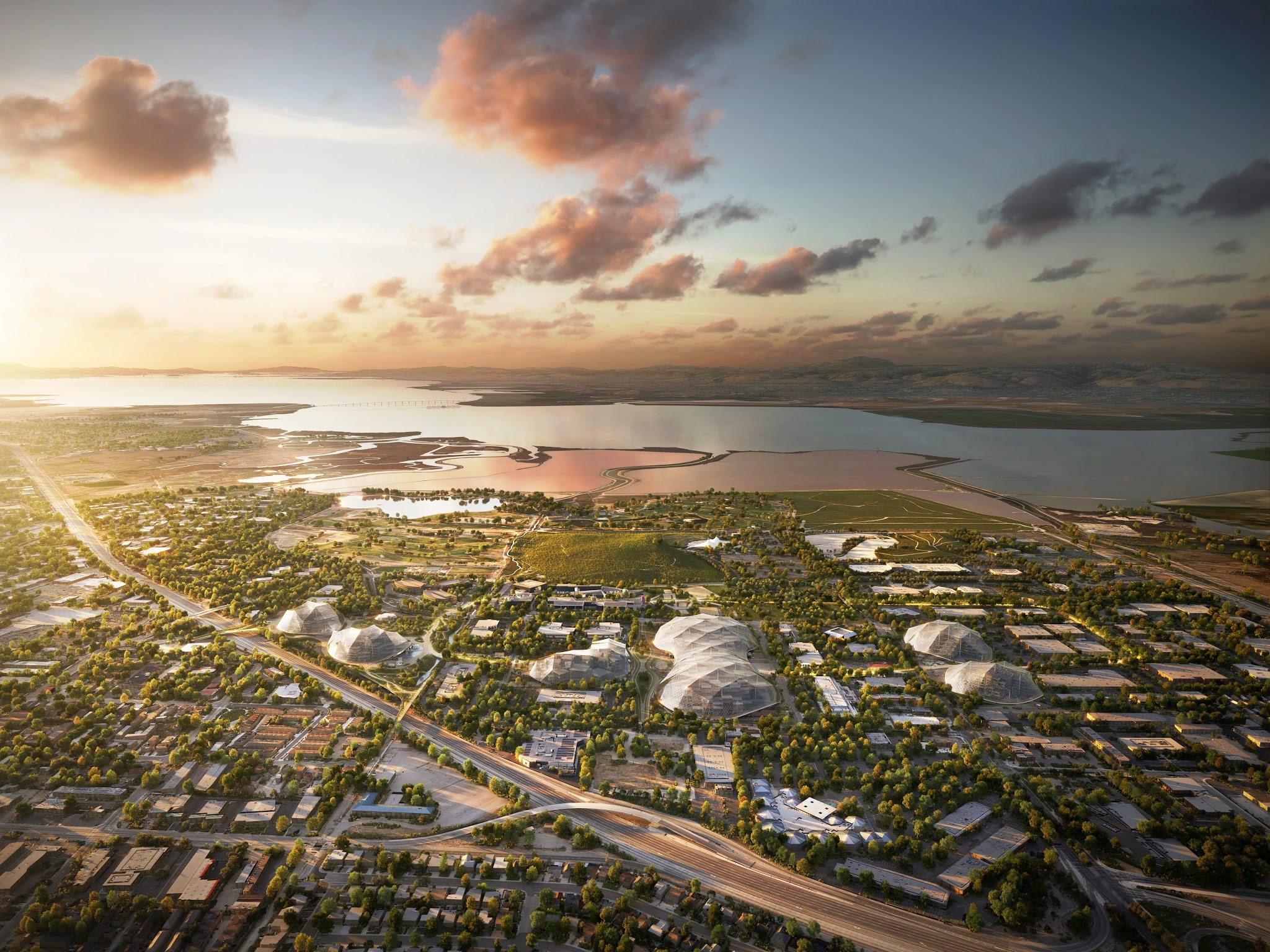 Google’s plan to propose a new office building was first mentioned in a New York Times article two days ago.

Google moved to Mountain View in 1999 and it now employs 20,000 local employees at its 7.3 million square feet office space. The site is the size of three Empire State Buildings and now Google has reportedly told the City Council that it wants housing, ”and lots of it.”

In addition to Mountain View, Google also operates a garage in Menlo Park, a farmhouse in Denmark and has leased an entire New York city block.

“Today, we want to create office spaces that don’t just provide a great home for Google, but which also work for the city that has given us so much,” the company said.