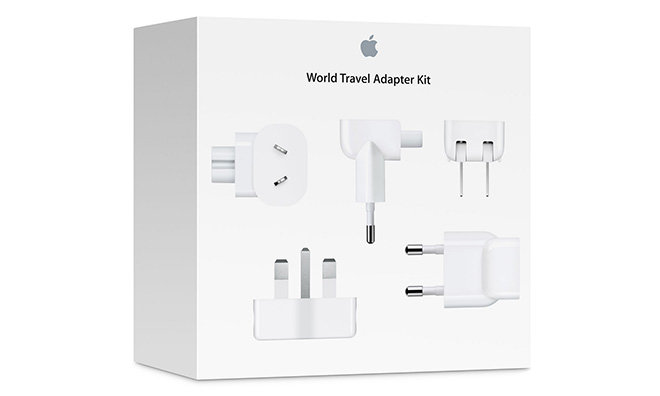 Apple has released an update to its World Travel Adapter Kit on Monday, now available on the online Apple Store with seven AC plug types and a reduced price of $29.

“The kit is designed to work with iPod, iPhone, and iPad, and is compatible with Apple MagSafe and MagSafe 2 Power Adapters (for MacBook, MacBook Pro, and MacBook Air), 10W and 12W USB Power Adapters, and Portable Power Adapters,” Apple writes on its online store.