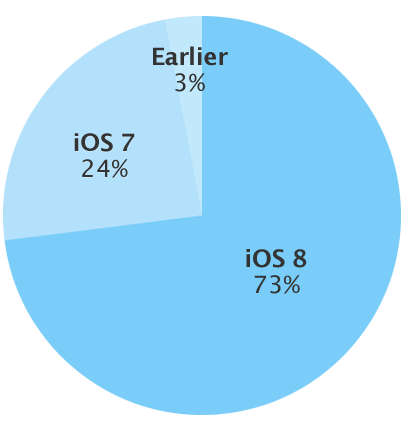 According to Apple’s own data, adoption rate for iOS 8 is now at 73%, a small one percentage point up from when it was measured last, two weeks ago. iOS 7 is of course behind at 24%, and 3% of devices are running a software version that two or more years old. 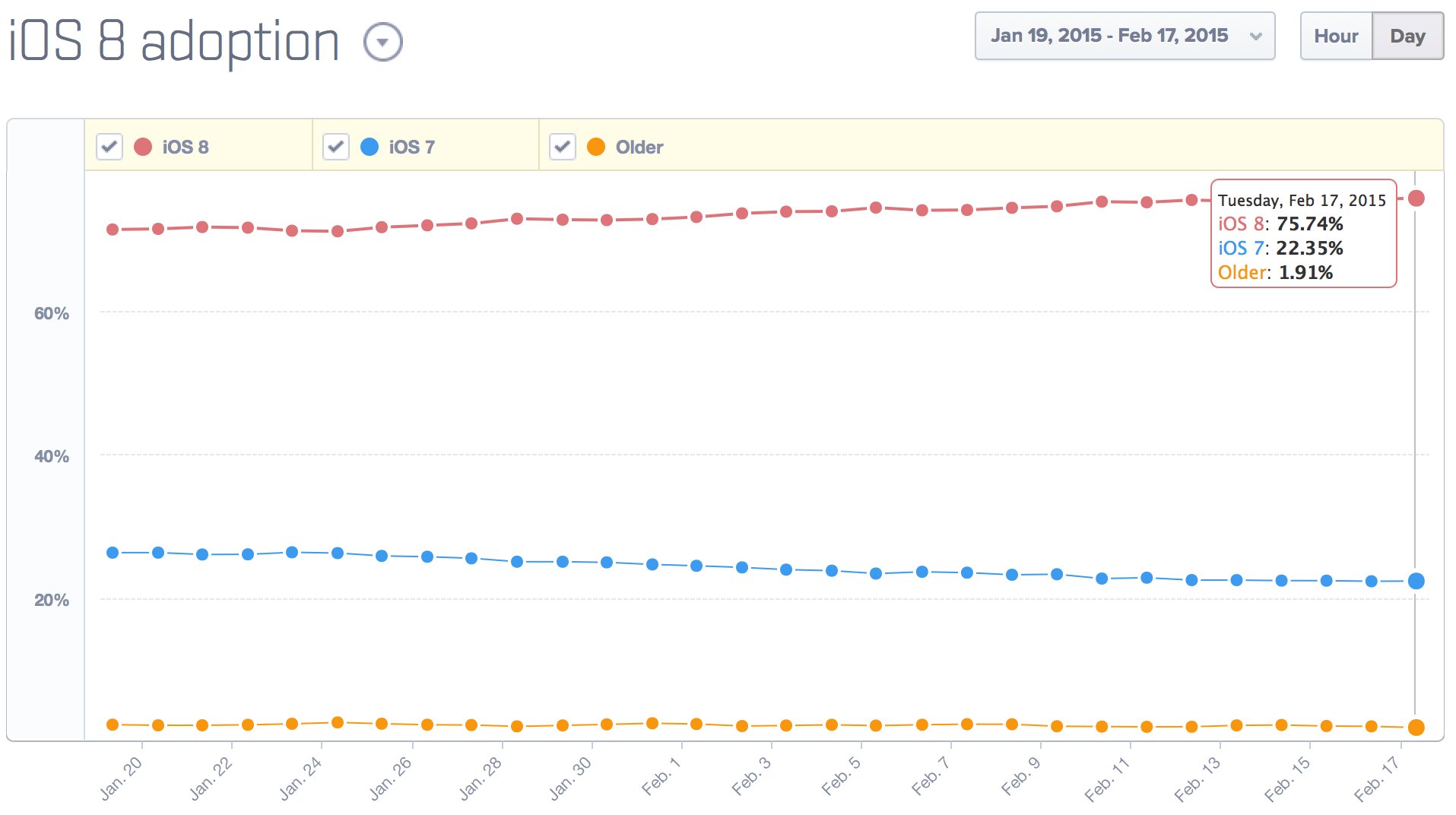 For comparison, iOS 7 was installed on 80% of devices at the same time last year. These numbers show once again that iOS 8 adoption rate is trailing behind that of previous software versions. This are still remarkable adoption rates though, especially when put side by side with Android.