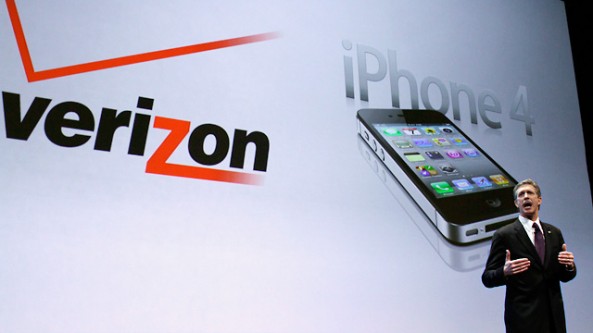 It’s not often a large mobile carrier will reduce the amount you’ll be paying each month, but Verizon has shocked us a little on Wednesday. Verizon announced that it’s brining a nice discount to most of the data plans it offers to its customers.

A monthly shared data plan with 1 gigabyte of data will now start at $30 per month, rather than $40, with other rate plans getting a similar cut.

Verizon has previously refused to involve itself in the carrier price war that’s currently raging for the consumers benefit. But the discount announced on Wednesday is probably to patch a bit of bleeding to smaller carriers like T-Mobile who are offering cheaper, no-contract data plans to customers.

“There’s going to be certain customers who leave us for price and we are just not going to compete with that because it doesn’t make financial sense for us to do that,” Fran Shammo, CFO at Verizon, said on the company’s earnings call last month. A little hypocritical, are we? 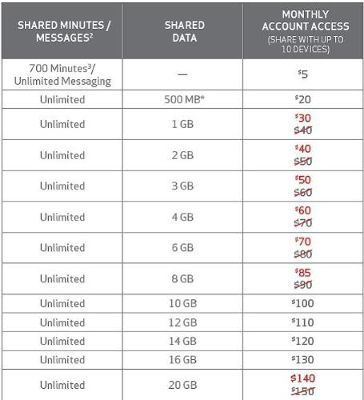 The graph above breaks down the savings customers can incur. You can move to a new data plan, but if you want to keep the same plan and receive the same data for less or to cut their bills by $10 per month, you’ll need to go to the MyVerizon site and opt for one of the new plans starting Thursday.

Verizon also said it would offer customers bringing in a phone line from another carrier a one-time $100 credit. All of the new pricing and credits are for a limited time, the company says.