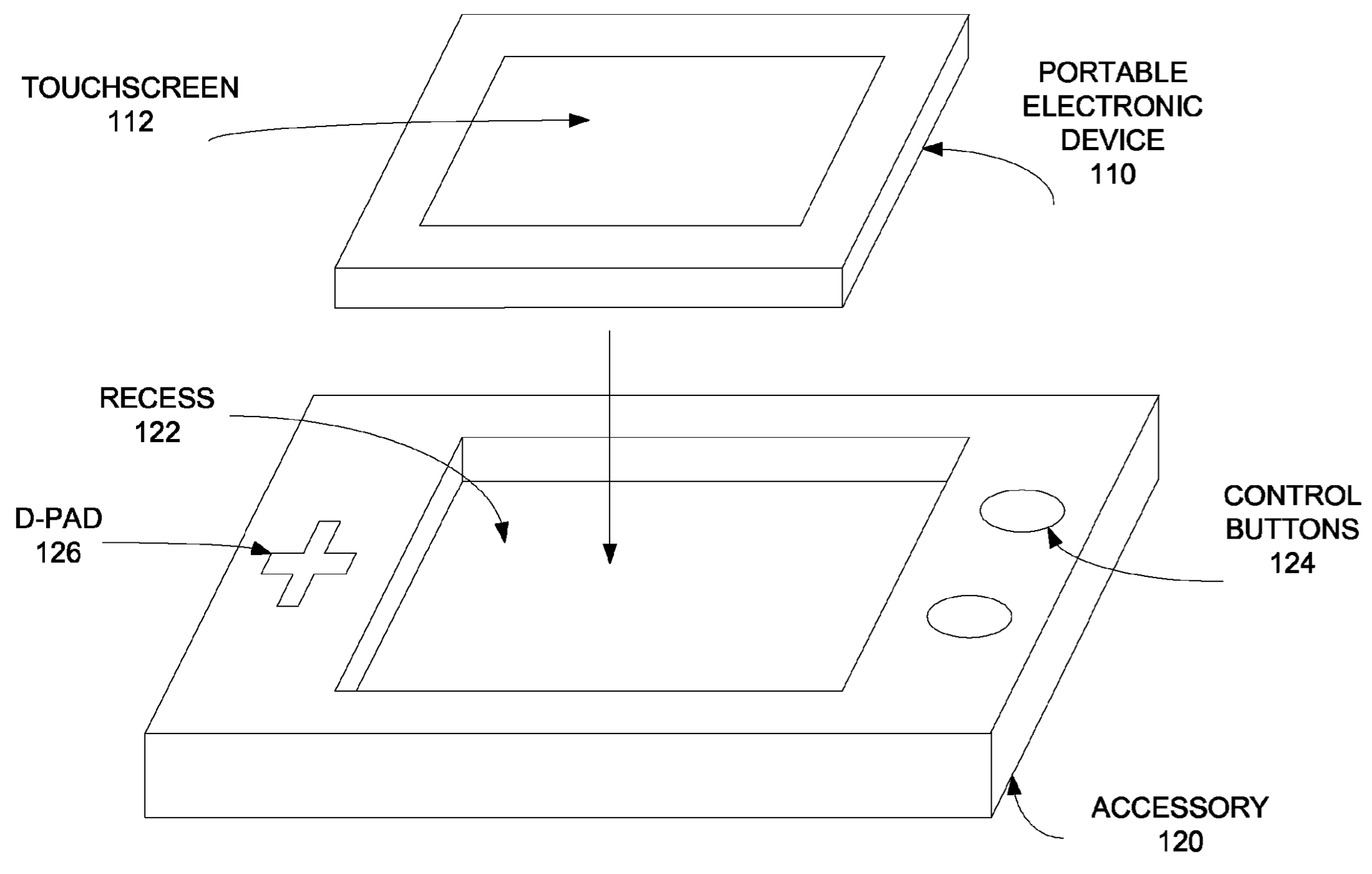 As first discovered by AppleInsider, the United States Patent and Trademark Office (USPTO) this morning awarded Apple a patent for a snap-on gaming accessory for the iPhone which imagines physical button controls such as miniature joysticks, action buttons and directional D-pads positioned at left and right of the screen.

The patent No. 8,939,838 titled “Accessory for playing games with a portable electronic device” even envisions added extras such as an additional multitouch display, cameras, microphones and speakers to elevate the experience.

Designed to dock a portable device like an iPhone, in landscape mode, the accessory features a connector insert which rotates, allowing a docked device to rotate into the accessory’s recess for more comfortable gaming.

Another embodiment envisions a Nintendo DS-like second screen which Apple describes as yet another mobile device, such as the iPhone or iPod touch. 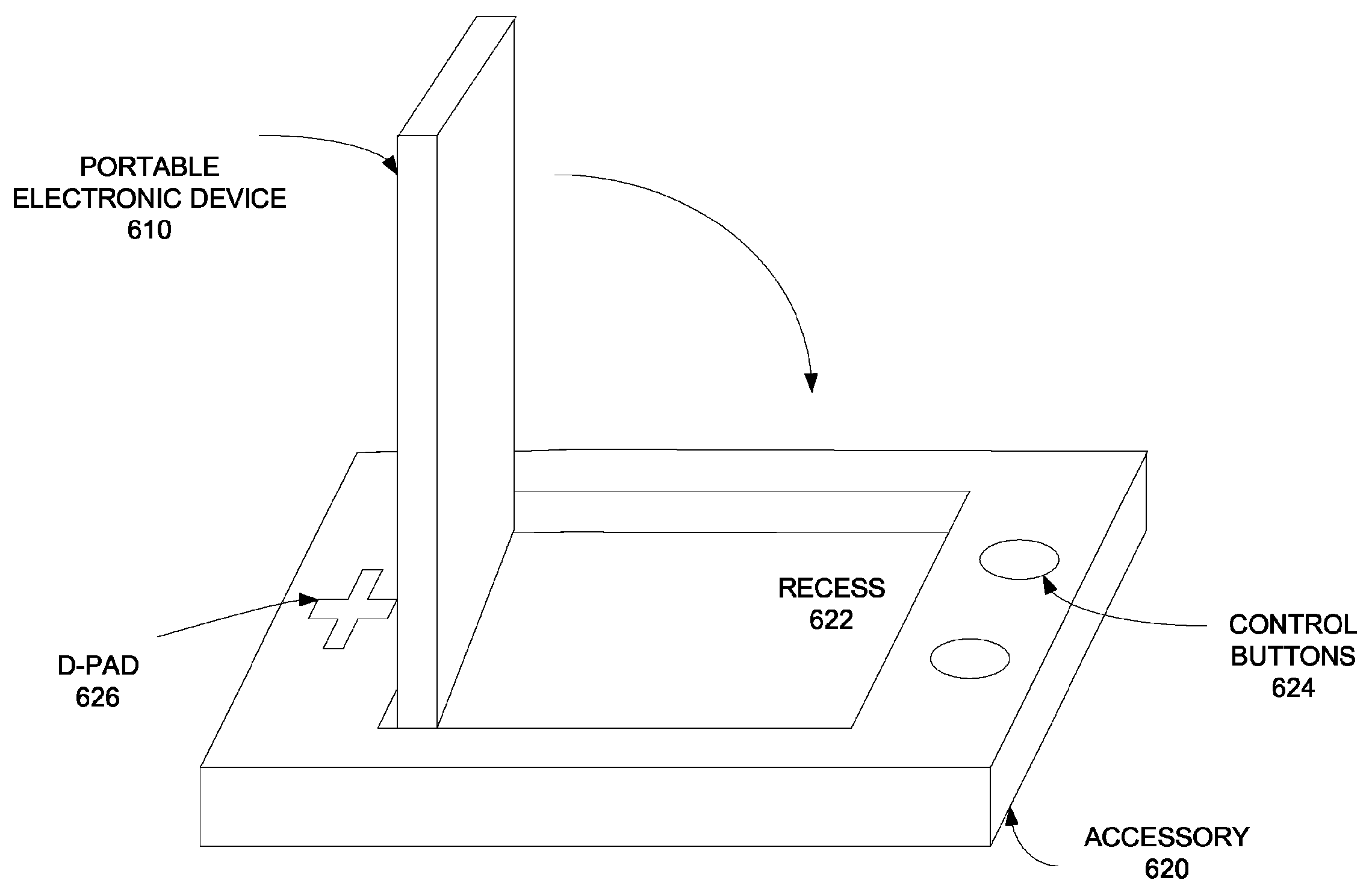 Supporting both local and online multiplayer gaming, Apple says that the first mobile device/accessory can communicate wirelessly over Wi-Fi/ Bluetooth with the second unit for head-to-head gaming.

The accessory, as well as the first and second-screen mobile device, can also communicate wirelessly with home theater or audio systems, TVs and monitors (presumably over AirPlay, a media streaming technology from Apple). 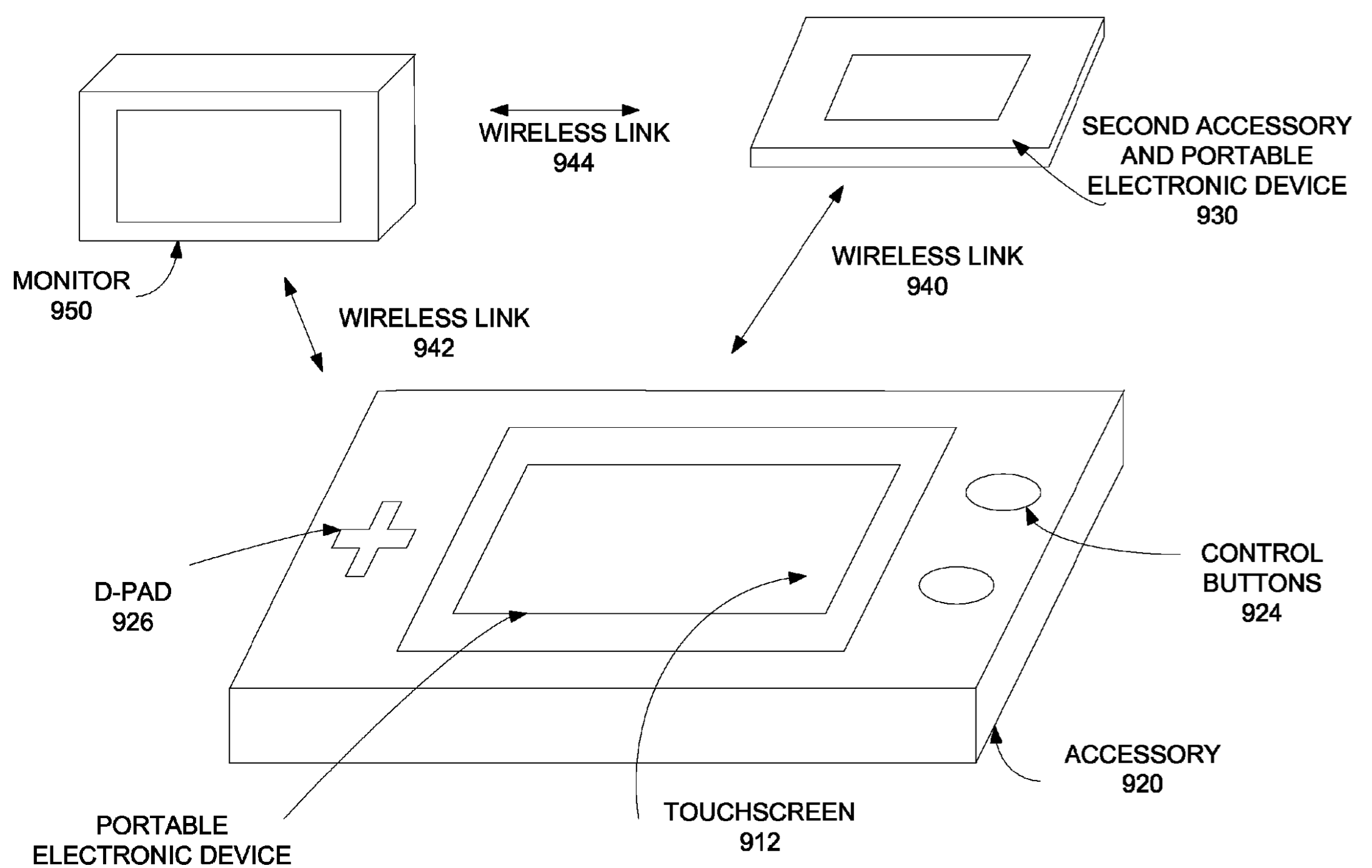 Another implementation even calls for a built-in physical thumb keyboard replacing the iPhone’s software keyboard. The idea for a snap-on iPhone gaming accessory dates back to more than six years ago: Apple first filed an application for this patent back in 2008.

As you know, Apple two years ago extended its ‘Made for iPhone’ (MFi) program to third-party controllers designed to dock an iPhone or iPod touch and provide precise controls via physical buttons and Apple’s APIs.

However, the first batch of MFi controllers did not prove popular due to high price, less-than-stellar reviews and poor build quality.

As we reported recently, another patent filing indicated Apple’s interest in an iPhone phone button that pops up when pressed to transform into a thumb joystick for playing games.