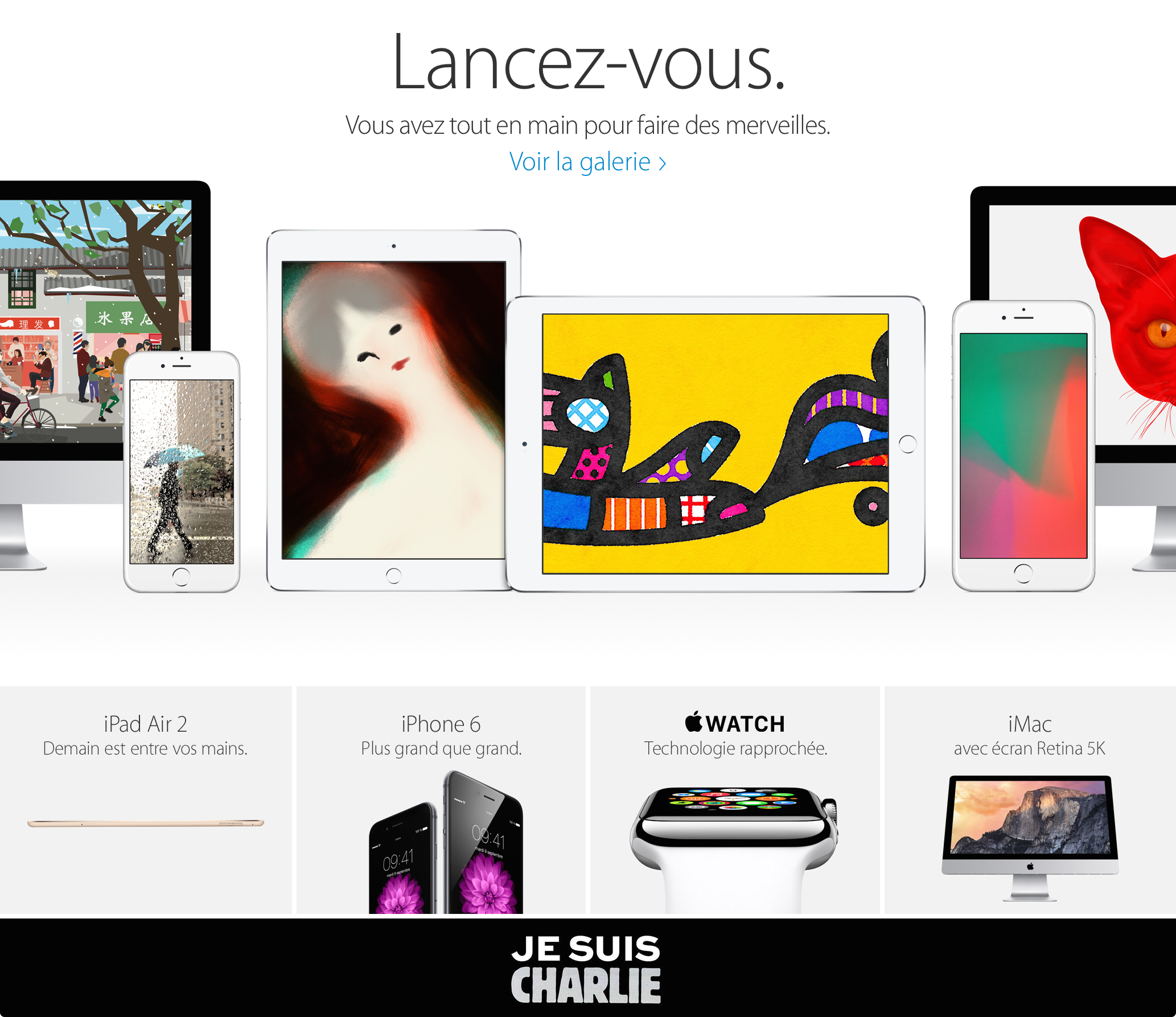 Following the terrorist attack on the office of French satirical newspaper Charlie Hebdo on Wednesday, Apple is now showing its support by displaying a black banner reading “Je suis Charlie” on its French website. Je suis Charlie (I am Charlie) has been a statement used by supporters of free speech in France and many places around the world, following the terrible massacre that left 12 people dead yesterday.

As a French citizen and a firm believer in free speech, I feel terribly saddened and enraged by the attack. As a human being, it definitely feels good to see the support the whole world has been offering.