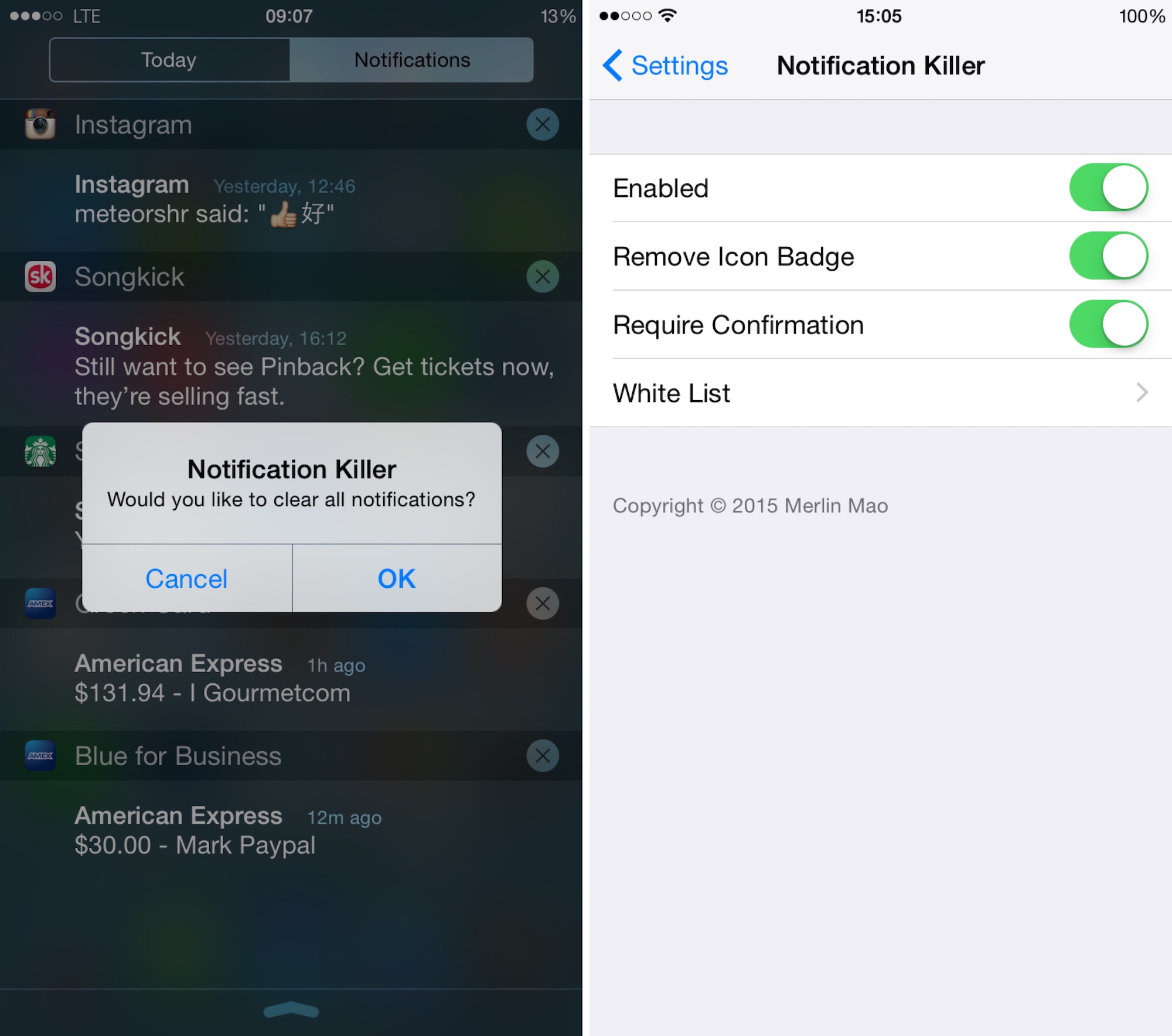 Notification Killer is a new tweak released in Cydia that lets you remove all pending notification that are in Notification Center at once, saving you dozen of potential taps on the screen. The concept isn’t new by any means, and many other tweaks have offered similar functionality in the past, but Notification Killer appeared at the right time in my Cydia feed, as I was recently looking for a tweak to do exactly what it does.

Fortunately, Notification Killer comes with a few settings that can prevent that possible issue. If you go to Settings > Notification Killer, you’ll be presented with a handful of options that should help you customize your usage of the tweak. First, you can disable the tweak at the tap of a toggle, which is now a standard feature for most tweaks. More importantly, you have a toggle to turn off the clearing of icon badges. You also have the ability to to turn off the confirmation message and automatically clear notifications after a tap and hold gesture. Finally, Notification Killer offers the ability to white-list applications. White-listing apps makes sure that notifications won’t be cleared for specific apps of your choice.

In my two or three days of usage of Notification Killer, I can tell it works great. Again, it’s not the first tweak to bring this feature to the table, but Notification Killer does offer some simple yet convenient settings that make it a worthy addition, if that’s a functionality you’re looking for, of course.

Developed by Merlin Mao, Notification Killer is free in the BigBoss repo.