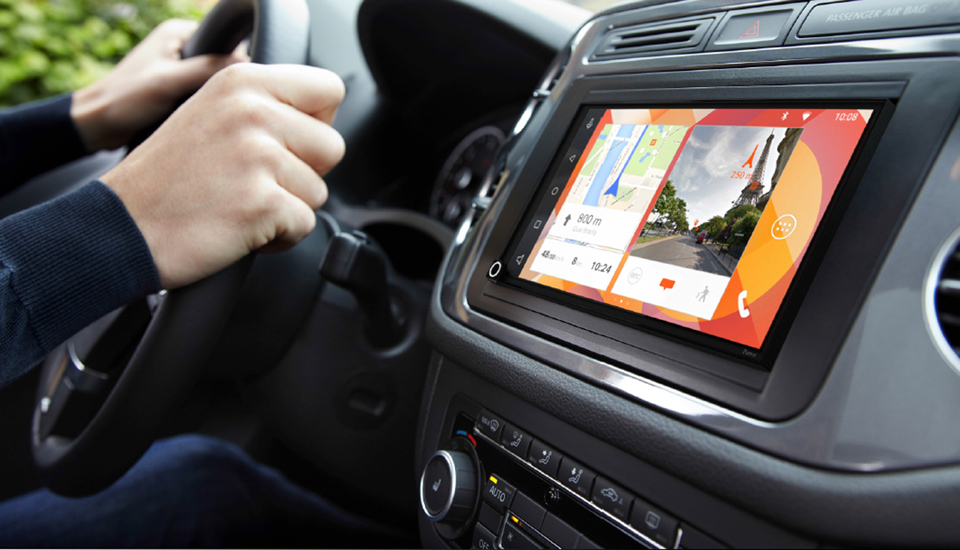 Parrot has announced a rather slick car infotainment system at the Consumer Electronics Show in Las Vegas on Sunday, packing a 7-inch 720p “IPS Pro” touchscreen that supports Apple CarPlay.

Yes, I know – the image above is actually Android Auto and not CarPlay. That’s because the Parrot “RNB6” runs on a customized version of Android 5.0, that can toggle between Apple CarPlay or Android Auto, depending on which smartphone you plug-in.

Parrot hasn’t provided details on pricing or release for the “RN86”, however it says the receiver will be compatible with 90 percent of the vehicles on the road. As shown in the video, it even supports your back-up camera and GPS.