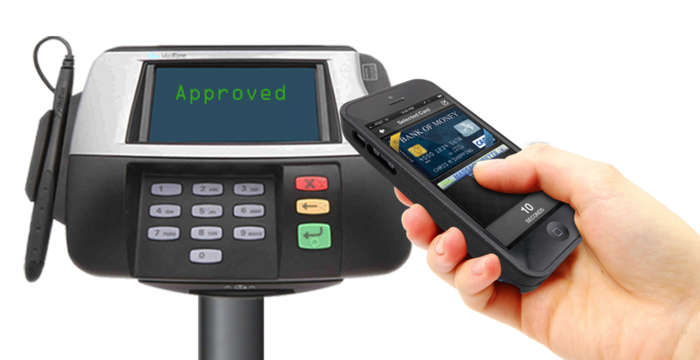 Re/code is reporting that Samsung is prepping a response to Apple Pay in the form of its own mobile payment solution that doesn’t require NFC and should support virtually 100 percent of credit cards and payment terminals.

The service should be announced sometime in 2015 as the South Korean giant is reportedly in talks with the Burlington, Massachusetts based mobile payments startup LoopPay about possibly incorporating their technology into its wireless mobile payment system.

Writer Jason Del Rey has learned from sources that ”a prototype of the payments system working on a Samsung phone has been created,” with one source cautioning that the deal could still fall apart as it’s unclear whether or not Samsung has actually negotiated a deal with LoopPay.

According to their website and Kickstarter page, LoopPay is the most accepted mobile wallet on the planet.

The LoopPay CardCase, pictured above, and the LoopPay app support thousands of credit, debit, loyalty, gift, rewards and private label cards. The technology supports virtually any payment terminal in use today and, unlike Apple Pay, doesn’t require NFC.

The LoopPay CardCase works with the iPhone 5, iPhone 5s, iPhone 6 and iPhone 6 Plus, as well as with Android smartphones. As a bonus, the case provides up to 60 percent additional power for the iPhone 5 or iPhone 5s.

They’re also selling the Loop Fob, a small audio jack device for iOS and Android seen below that has a built-in card reader to safely store credit cards encrypted into a secure memory module. 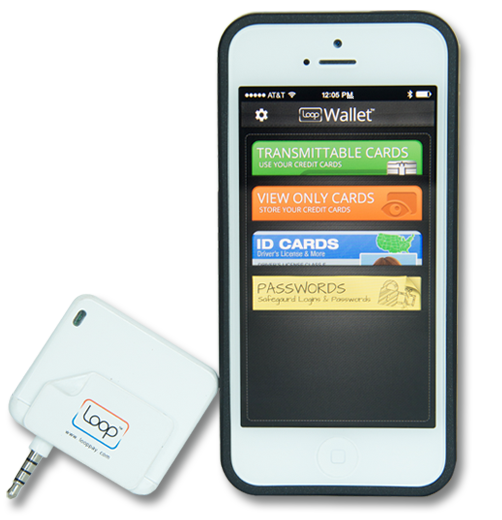 The accessory has a magnetic induction loop to transmit your card data to just about any merchant card reader. Apple Pay does not store or transmit credit card data on the device and instead relies on secure one-time tokens generated on the fly and stored in its own Secure Element.

The LoopPay vs. Apple Pay comparison page at the company website claims LoopPay is at 5,000+ banks and issuers compared to Apple Pay’s ten major banks.

“LoopPay account follows you and is not tied to one device maker,” says the startup, adding that Apple Pay is available in 220 thousand retail locations in the U.S. while LoopPay is accepted at over ten million retail locations.

LoopPay owes its ubiquity to the fact that the underlying technology mimics a card swipe, but that could also be its downfall once U.S. merchants upgrade their payment terminals to NFC hardware and adopt token-based system popularized by Apple Pay and Google Wallet.

In a nutshell, tokenization prevents attacks stemming from credit card data being hijacked either individually during the payment process or in bulk, by breaking into merchants’ poorly secured databases.

That’s because each token is matched up with a specific credit card account by a card network or bank. As a result, a merchant never gets to receive or store the actual payment information to begin with, which is exactly how Apple Pay operates.

On the other hand, LoopPay’s CEO told Re/code that a partnership with Samsung would allow payment information to be transmitted to the merchant via NFC technology embedded into some Samsung phones, in addition to its own magnetic stripe-mimicking technology.

“Users would not have to open up an app to transmit their payment,” he added. Still, any advantage LoopPay has in terms of its compatibility with traditional payment terminals could be easily erased as swiping gets phased out over time in favor of NFC and the chip-embedded cards.

For the time being, LoopPay “hopes” to use tokenization in the future and has reportedly discussed the possibility with Visa, which is an investor in LoopPay.

Meanwhile, Apple Pay now supports cards that represent about 90 percent of the credit card purchase volume in the United States, an increase from the 80 percent mark when the service launched two months ago.

And for the sake of completeness, I should point out that The Wall Street Journal said today that Google is looking to jump into online commerce by adding a Buy button to its Shopping app for iOS and Android.