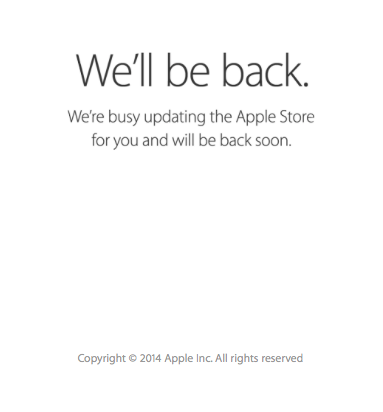 Apple has halted all online sales in Russia this morning, due to “extreme” fluctuations in the country’s ruble currency, reports Bloomberg. Spokesman Alan Hely told the outlet that the company has decided to shutter the store while it “reviews pricing,” and it “apologizes to customers for any inconvenience.”

The Russian economy has been in trouble for months, but things have gotten significantly worse in recent days due in large part to the falling price of oil and economic sanctions. The ruble has plummeted a staggering 19% within the last 24 hours—the worst single day drop for the currency in the last 16 years.

Apple closely monitors currencies, with Chief Financial Officer Luca Maestri telling analysts on Oct. 20 that while the strengthening U.S. dollar had little effect on the company’s results during the quarter that ended Sept. 27, it’s “becoming a significant headwind” in the current period.

“It’s a fact of life if the U.S. dollar strengthens, that creates a headwind for us both in revenue and margins for our business outside of the United States,” he said. “We have a comprehensive hedging program in place that mitigates the impact of foreign exchange. Over time, of course, these hedges roll off and get replaced by new hedges at new spot levels, and so the protection that you get from a hedging program is temporary.”

Russia sits in the top 5 largest cellphone-using countries in the world—alongside China, the US and India—but only half of those cellphones are smartphones, making it an extremely valuable market to Apple. Penetration has been fairly tough though, due to carriers fighting the subsidy model, and pricing issues.